I love frequent flyer miles because they let me travel the world — and do it far more comfortably than
I would if I were spending cash. That’s because premium cabin awards are generally only a modest multiple over economy awards, though often the cash price of a ticket is many times what coach costs. (To be sure I highlight great business class sale fares when they come along as well.)

The price of an award ticket, though, can vary tremendously. That’s because the same flight will be ‘sold’ for different mileage prices depending on the frequent flyer program you’re using to book it.

If you have United miles you ring up United or use the United website when you want to book travel on Lufthansa, Asiana, Austrian, or EVA Air — and you pay the number of miles that United shows on its own award chart when the award seats are available.

However other Star Alliance airlines have their own pricing for the same flights. Aeroplan, ANA, or Aegean may charge fewer points for the very same seats. As a result there are what some would consider ‘tricks’ to get your awards at the lowest possible cost.

Here are 17 of my favorite awards to book because of how much you’re getting for your miles:

You can put the award on hold for 24 hours. Points transfer from partners instantly. Roundtrip travel is required, Virgin Atlantic awards have a $50 per passenger change fee, and a cancel/redeposit fee of $50 as well. No changes are permitted within 24 hours of travel. Japan Airlines has a distance-based award chart. As long as you stay under 20,000 miles you can fly first class on Emirates for 155,000 miles, and New York to Bangkok is 19,798 miles roundtrip. Fly Doha – Bangkok in Qatar first class on the Airbus A380 (including use of the business class bar) for 50,000 miles. Or fly Etihad Abu Dhabi – Singapore in first class for 50,000 miles, which is great value considering this is true international first class and an over 7 hour flight (not to mention access to Etihad’s excellent new first class lounge). In November 2013 the cost of first class awards using United miles skyrocketed, but there are a handful of routes where is surprisingly cheap. South Pacific – South Asia is just 40,000 miles one way in first class on Star Alliance partners. You can fly Thai Airways, for instance, Sydney – Bangkok… and even Sydney – Bangkok – Hong Kong (grabbing the incredible first class ground experience in Bangkok in the process, the Thai Airways spa is really unmatched in an airport).

The cost to move to North Asia instead of South Asia is just an incremental 10,000 miles or 50,000 miles total each way.

The signup bonus you can earn from a Chase Sapphire Preferred Card is enough for one-way first class Sydney – Tokyo or China via Bangkok on Thai Airways.

Air France KLM Flying Blue charges 62,500 miles each way for business class between the US and Europe and Europe even includes Tel Aviv. Awards are even cheaper with promo awards which rotate each month. When flying Air France you’re going to pay fuel surcharges, expect one way US to Paris to cost about $230 out of pocket for taxes and fees.

The key here is that there’s much more award availability on Air France using miles in their own program than if you’re trying to use Delta (or Alaska) miles. And Air France’s new business class is quite good. Now, I didn’t pick a route to really cherry pick, just to give you an idea of what additional availability often looks like. So it’s not wide open, but if you look using Air France KLM Flying Blue miles availability is much… better. Here’s the thing — open an Air France KLM Flying Blue account now even if you don’t need to book an awards. No accounts, with miles transferred in and immediately redeemed (especially online) can trigger fraud warnings in their system and sometimes they’ll reject your booking. So open an account before you need it, and book by phone if transferring in points from a credit card program. Here’s 17 key things to know about Air France KLM Flying Blue. Earn the signup bonus from a Chase Ink Business Preferred Credit Card and you have enough miles for roundtrip business class to Europe, not just one way. Here’s 17 things you should know about Korean Air Skypass.

Again, earn the signup bonus from a Chase Ink Business Preferred Credit Card and you have enough miles for first class to Asia. 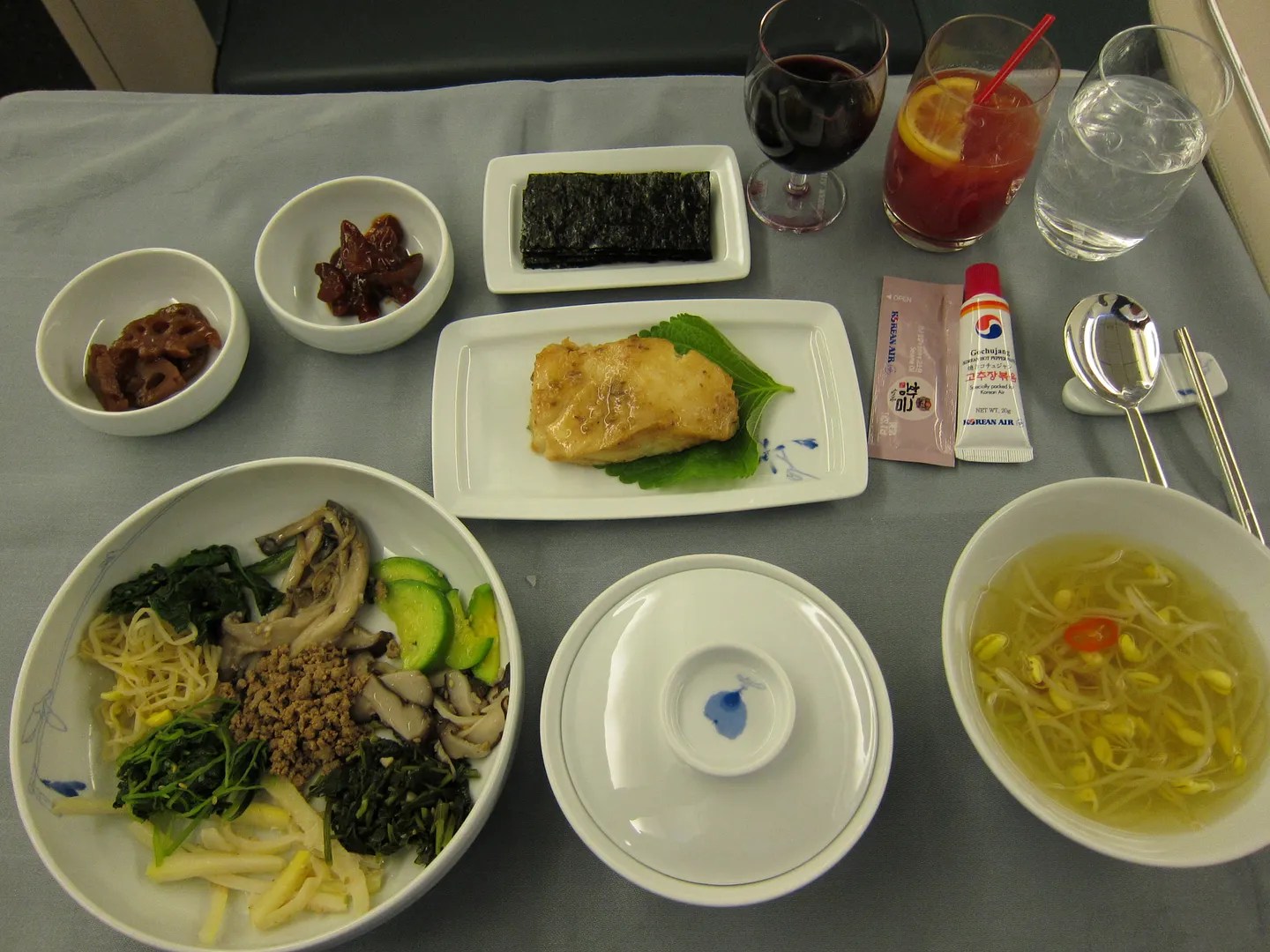 What makes this so good is that Korean Air (1) flies to more US destinations than any other Asian airline, and (2) has better first class award availability between the US and Asia than anyone else.

As a side note you can book Saudia first class with Korean miles as well.

Aeroplan doesn’t collect fuel surcharges on all of their partners so fly United, Turkish or Swiss (recently returned to bookable) and get cheap awards in miles and in cash.

This isn’t a cheap award but I consider it an incredible value. Sure before March 22, 2016 it used to run 90,000 miles. But I’ve got plenty of AAdvantage miles and this is the award I want to book more than any other — especially now that Etihad is running equipment with real first class from Abu Dhabi to the Maldives.

I just booked three sets of roundtrip Etihad first class awards to and from New York JFK for the Airbus A380 First Apartment. Here’s how I did it.

You have to book roundtrip, and you cannot combine these airlines on a single award. There’s no change to routing after departure of first flight. Once travel begins you can change only dates/times.

It’s not just first class awards that are cheaper, for instance here’s pricing flying Delta New York to Hawaii and back in economy (Alaska and Hawaiian economy awards are 30,000 miles roundtrip): Singapore Airlines doesn’t generally make long haul premium cabin award space available to partner airlines, but they do make space available to their own members. Business space is easier to get than first class, but space does open up even for Suites class and especially Europe – Singapore rather than US – Singapore. Even though Etihad devalued Brussels Airlines awards without notice in April they’re still a fantastic value considering that you can fly transatlantic business class for 88,000 miles roundtrip without fuel surcharges — and a lap infant costs just 10% of the miles.

Etihad partner awards can be frustrating to book at times because of call center agent quality, hang up and call back to find an agent that knows what they’re doing and try the Manchester, UK call center at 44 0345 6081225.

The Etihad Guest redemption chart for travel on American Airlines is fantastic.

Here’s one-way pricing between North America and other regions:

They partner with Etihad in addition to being a Star Alliance airline. The mileage costs are more than reasonable, and one way awards are available even though the award chart shows roundtrip pricing. The stopover rules fantastic. They do add fuel surcharges to awards. I long for the days when the Bank of America co-brand credit card earned 2 miles per dollar, though.

British Airways charges for each flight you take separately, based on distance. As long as you stay under 2000 flown miles business class is double (rather than triple) the cost of economy.

That’s great for flights with a real (rather than intra-Europe) business class. I love this especially in Asia using their partners Cathay Pacific, Japan Airlines, Malaysia Airlines, and SriLankan. It’s also great for Qantas intra-Australia and on trans-Tasman routes.

Consider that they offer awards:

The biggest drawback besides fuel surcharges is that you can only have one connection in each direction of your award.

Alaska Airlines Mileage Plan allows you to book stopovers on one way award tickets, and charges just 70,000 miles each way for first class on Cathay Pacific between the US and Asia. Fly to Hong Kong, stop over, and continue to another Cathay Pacific destination in Asia. The funny thing is that Alaska charges the same price for awards to Africa on Cathay Pacific as they do Asia. So you can connect (or stopover) in Hong Kong and continue to Africa without spending any more miles.

These are my personal favorite awards, what are yours?