While I’m a big fan of American AAdvantage, that’s mostly for their generous top tier elite program and using their miles for awards on their airline partners.

American’s revenue management has been notoriously stingy about releasing seats for premium cabin international travel — over the past three years to Europe, and over the past 18 months or so even to Latin America and Asia.

What’s more, because American doesn’t have as many partners across the Atlantic as Star Alliance airlines do, that leaves few options and fewer still that don’t hit you with big surcharges as their primary European partner is British Airways. So when American releases premium cabin awards on their own flights, that’s notable.

All American Airlines hubs with London service have wide open business class award space on American’s non-stop flights for a minimum of 2 passengers most days next summer.

Legacy US Airways hubs Charlotte and Philadelphia offer great space onboard Airbus A330s with reverse herringbone all aisle access seats. These are real winners. US Airways pioneered the seat that is often considered the best business class seat in the world (Cathay Pacific and EVA Airways use essentially the same basic seat).

I’d avoid the morning flight from Philadelphia to London. It’s scheduled to be operated by a 757, and while there’s been talk of converting these to fully flat seating I haven’t heard the final plan. (All of American’s transatlantic seats are supposed to be fully flat next year under terms of their joint venture with British Airways, Iberia, and Finnair but there may be some exceptions due to conversion delays on American’s 777-200s and that they still have 757s scheduled.) The 767 business class is a bit tight, designed to accommodate all aisle access and full flat beds within the confines of the narrow 767 fuselage. It’s a fairly standard design similar to what’s offered on Delta and several European carriers with that aircraft. 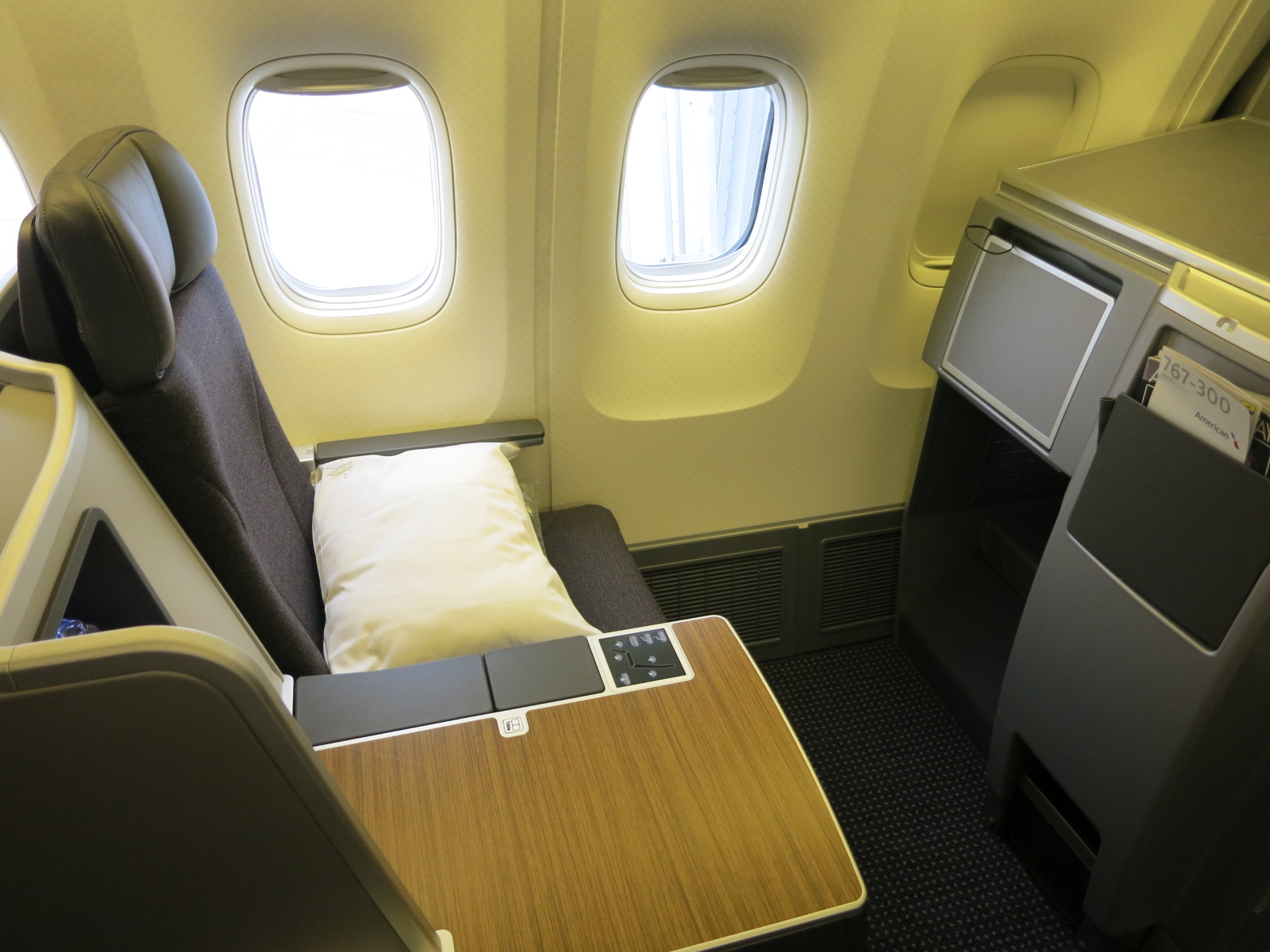 Their new Boeing 777-300ERs got an off the shelf business class seat from Zodiac Aerospace similar to the US Airways Airbus A330 seat. It’s a fantastic seat. 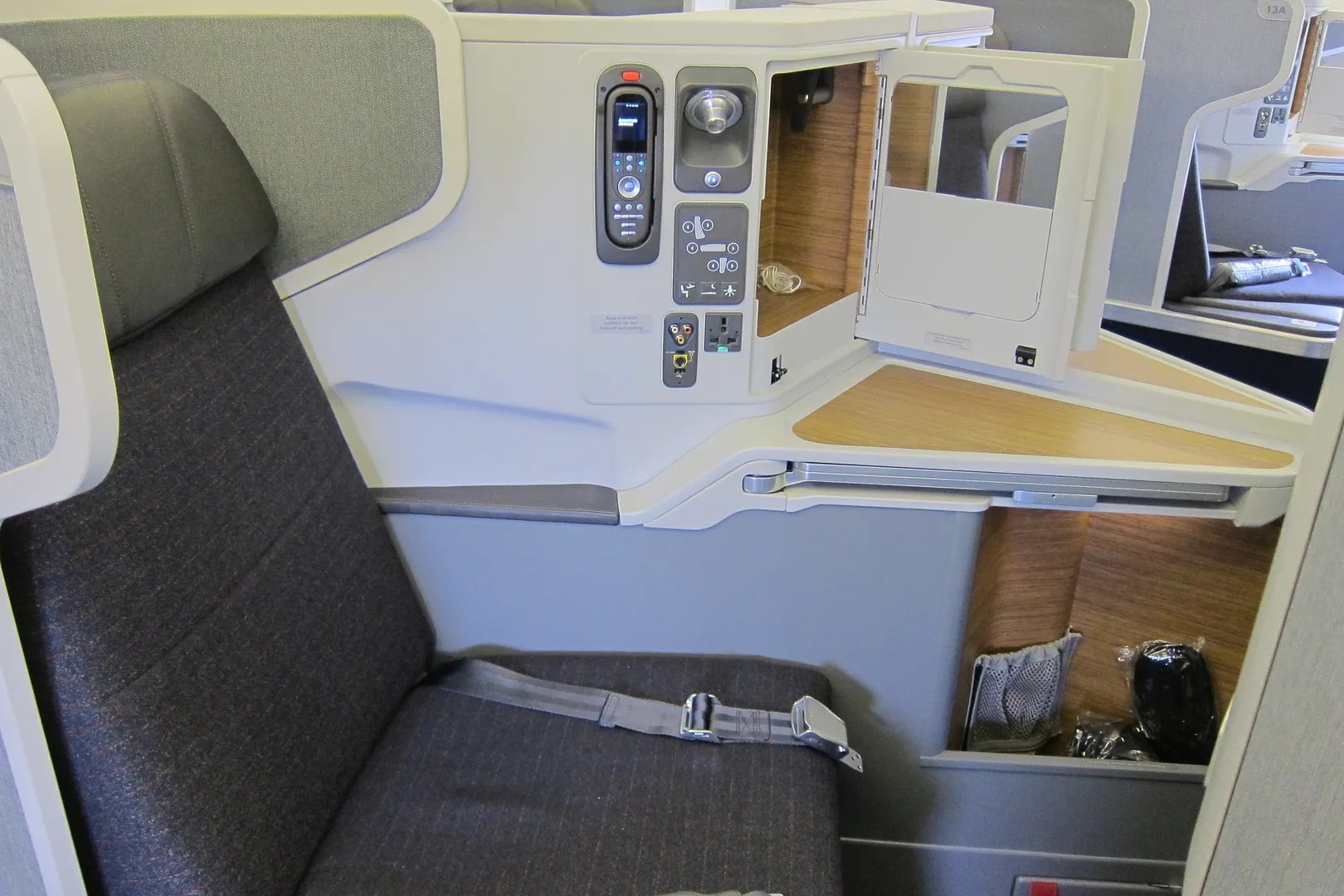 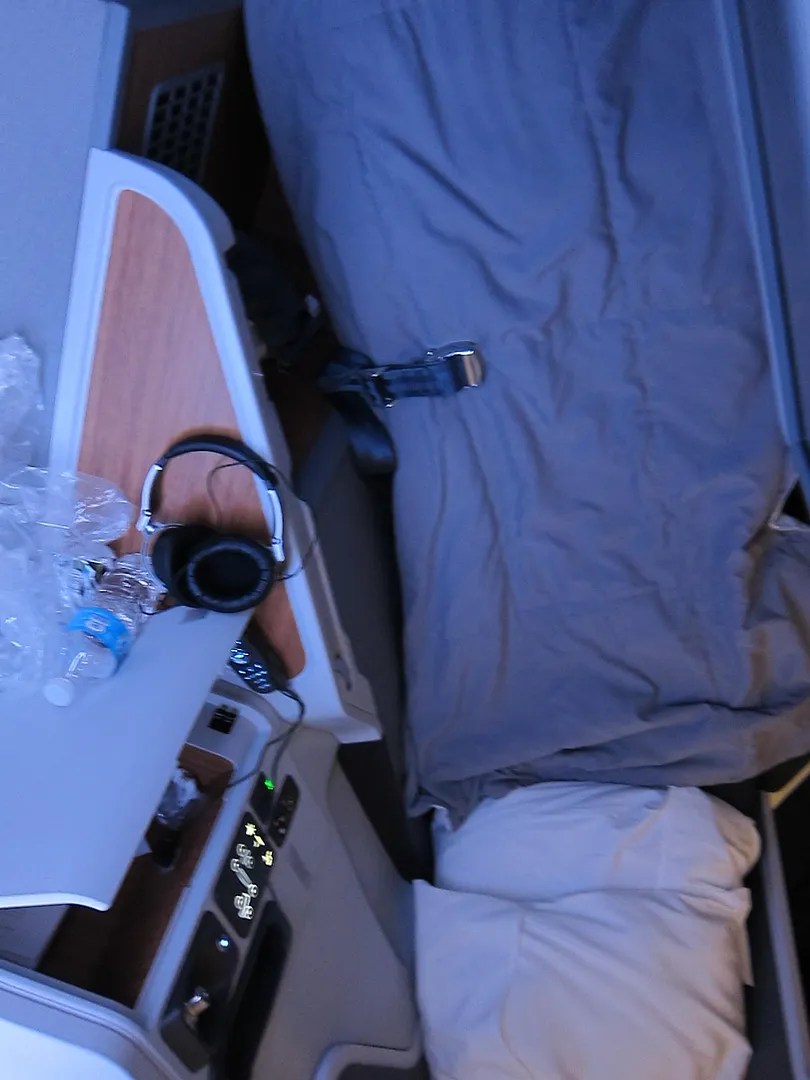 For their Boeing 777-200s being retrofit they went with a custom-designed business class seat from Zodiac. It’s sleek looking, and the rear-facing seats have fantastic table space, but in my opinion it feels tight and confining especially at the shoulders in bed mode.

The 777-200 project has been so delayed that future reconfigurations will even be getting a different seat. 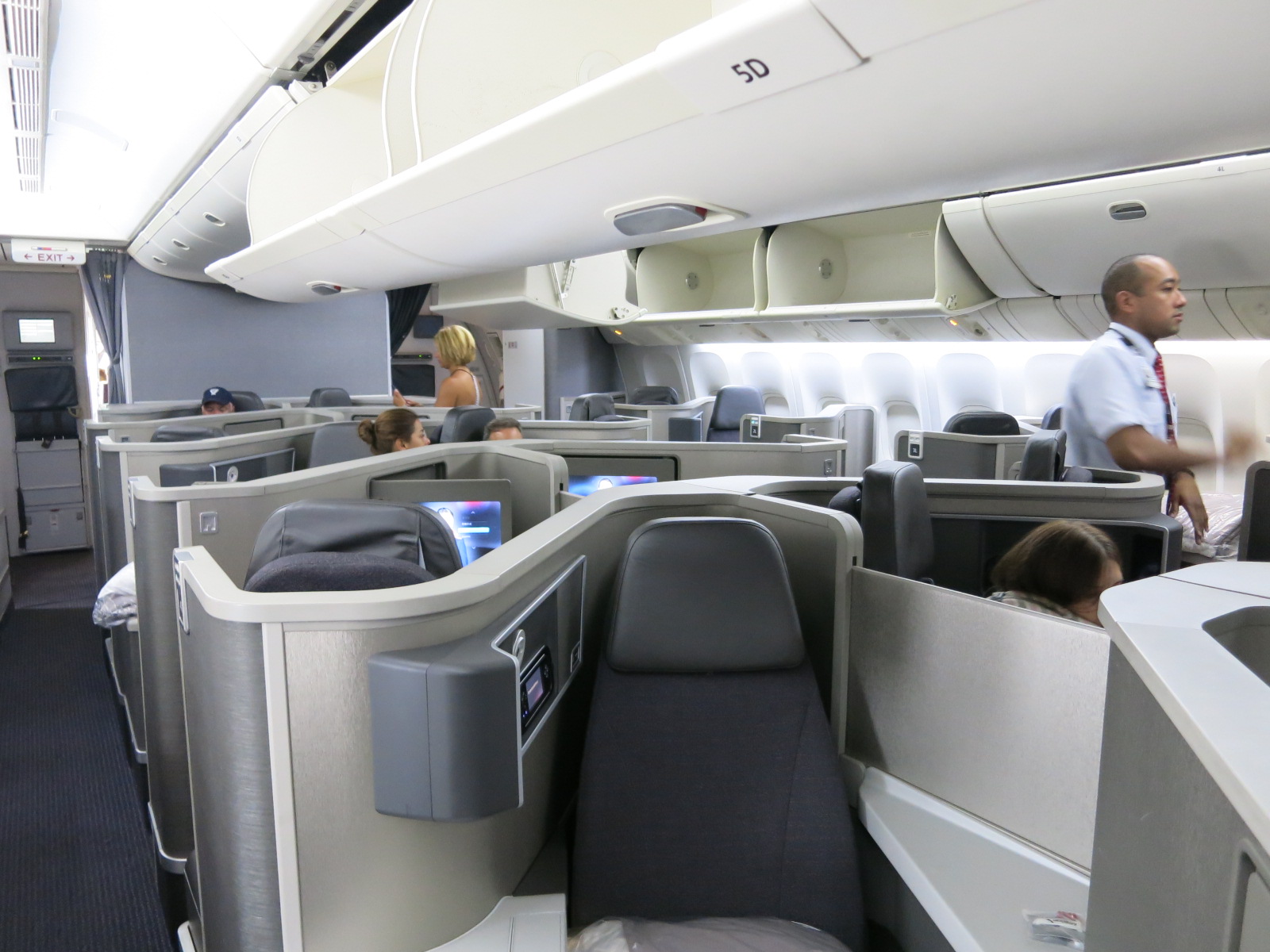 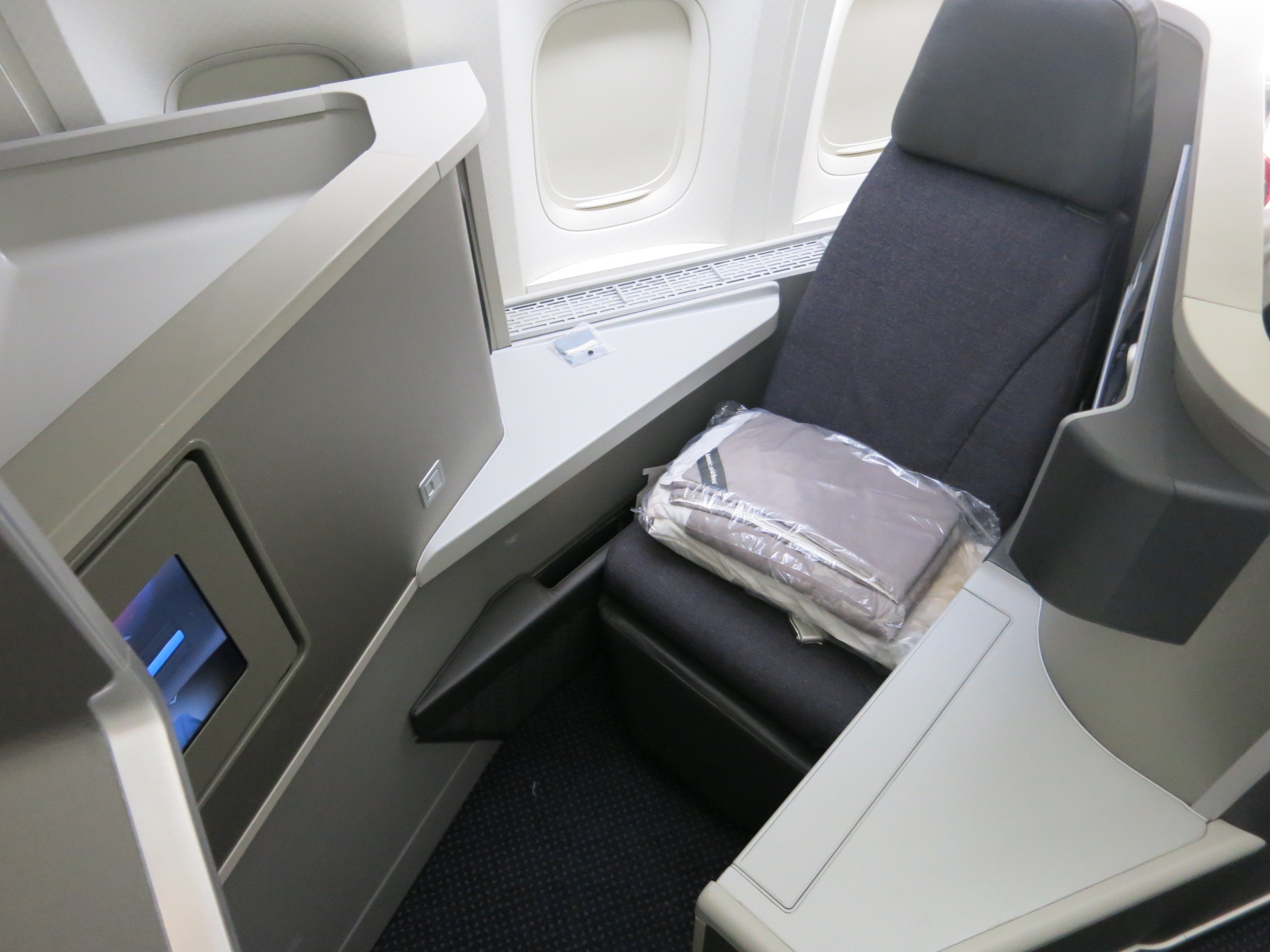 The absolute gem of availability is Los Angeles both because of wide open space and because it’s the longest flight. As well, both Los Angeles – London departures are operated by Boeing 777-300ER aircraft which I prefer. There are four Chicago – London flights on American, and these are split between 777-200s (which may or may not be reconfigured) and Boeing 767s which should be reconfigured but while offering all aisle access aren’t as wide as reconfigured 777-200 seats thanks to a narrower fuselage. Dallas flights are operated by both Boeing 777-300ER and 777-200 aircraft. These have the fewest available dates of any of American’s hubs. Aircraft assigned to a given flight can, of course, change between now and departure.

Taking the Whole Family? Now’s the Time to Act

Availability for four passengers is really good, too. Cost of These Awards

American charges just 50,000 miles each way for business class between the US and Europe.

You can connect within North America to these flights, and on American’s partner British Airways beyond London to elsewhere in Europe, for no additional miles (and fuel surcharges for short intra-Europe flights will be modest).

These seats are available to British Airways members, of course. New York and Chicago – London cost 60,000 Avios each way. Miami, Dallas, and Los Angeles – London are 75,000 Avios each way. You’ll pay additional points, though, for flights to those cities, and beyond London, and you’ll also pay fuel surcharges as well.

Starwood points transfer to American, and American lets you put awards on hold for 5 days allowing you to lock in the award reservation prior to making a transfer. Here’s what you need to know about transferring Starwood points.