American has started construction to revamp one of their two Admirals Clubs in Miami. There are clubs at gates D15 and D30. D30 is the larger club, and in my opinion with better food, but neither has had enough space at peak times. (There’s also a ‘oneworld premium lounge’ on the E concourse that used to be an Admirals Club and serves international departures on British Airways, Iberia, and airberlin and Admirals Club members whose flights are leaving from an E gate.)

Back in June I wrote about American’s plans for the D15 lounge. They took over some space next door to the lounge that had been offices in order to expand the lounge. I was told that they eventually plan to get rid of the ‘terrace overflow’ space and move reception forward closer to the escalators. They have a more efficient seating plan in mind to accommodate more customers in this admittedly over-capacity lounge.

According to American’s employee newsletter Arrivals,

The updated lounge will feature American’s new club design with the new, signature color palette and custom-made furniture. Customers will also see new American Airlines signage and modern check-in podiums at the entrance. The club will occupy more than 14,000 square feet, with the main lounge space expanding by almost 50 percent of its current size. This is the third Admirals Club location, after the PHX club and our new lounge at São Paulo (GRU), to be overhauled as part of our club makeover plan.

The D15 club is across from the new American Express Centurion lounge which gets equally crowded. Currently at the Miami D15 club you take an escalator up. Either the escalator is on the wrong side, or check-in for the lounge is on the wrong side -— you walk to the left at the top of the escalator, across the path of the down escalator, and check in using the outside terrace space. And then you cross back to the other side to walk behind you to get inside of the club (or forward to remain outside the club in makeshift roped-off seating that’s been arranged because they don’t have nearly enough capacity). I’m told it would be prohibitively complex and costly to reverse the two escalators.

Here’s what the lounge will look like once work is completed this summer: That’ll be a huge step up for Miami D15!

American has ramped up its investment in food in the lounges this year. 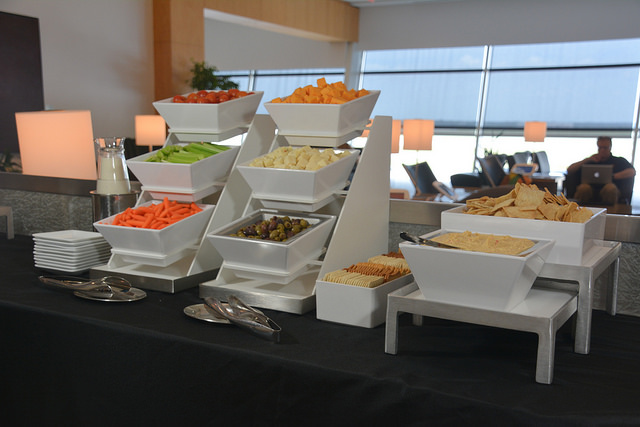 But the best thing about the clubs are the people that keep me going, and especially during irregular operations. 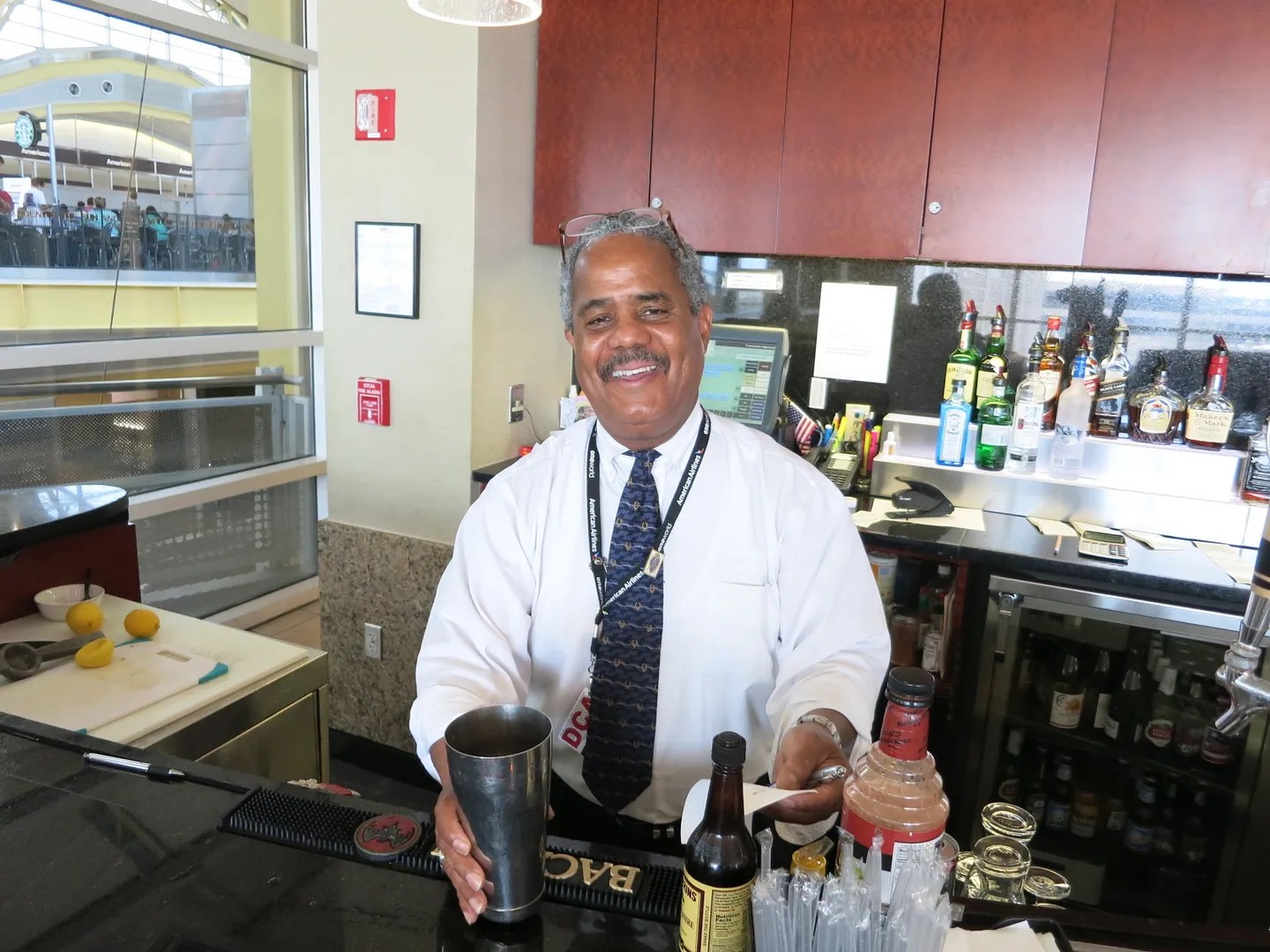 Unfortunately there’s not nearly enough space here for mini golf like in the Austin club. 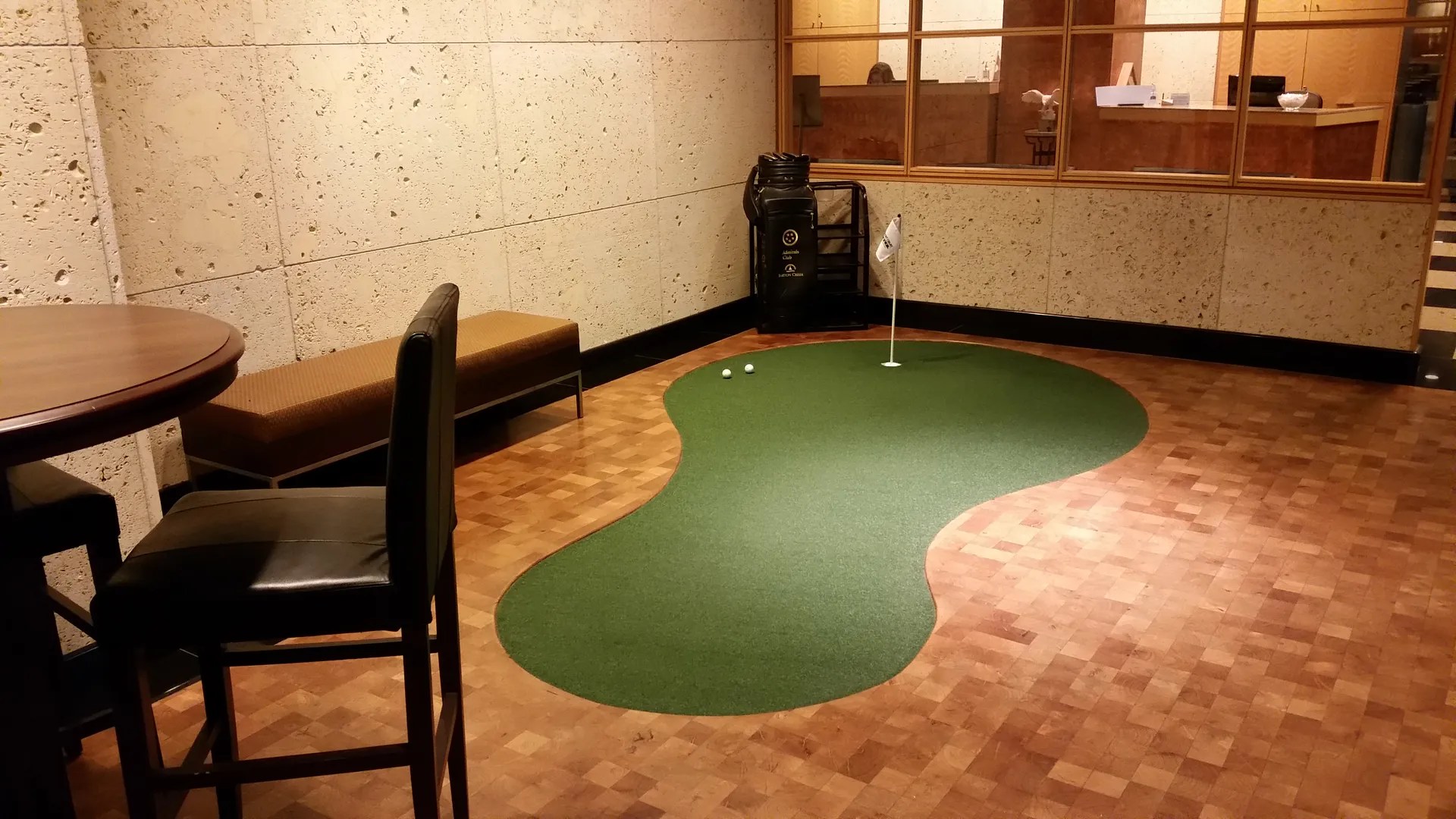 This is what the D15 club looks like under construction: Here’s the best way to get American Airlines lounge access without even paying full price.