Two weeks ago I wrote about American’s new lounge design.

American, today, has finally announced it and it looks very much like their old new lounge design, which is to say it’s quite similar to the most recently-opened lounges such as in Buenos Aires and the midfield concourse at LAX and even Paris.

The Buenos Aires club is stunningly modern (though not big enough for the volume of passengers at peak times). 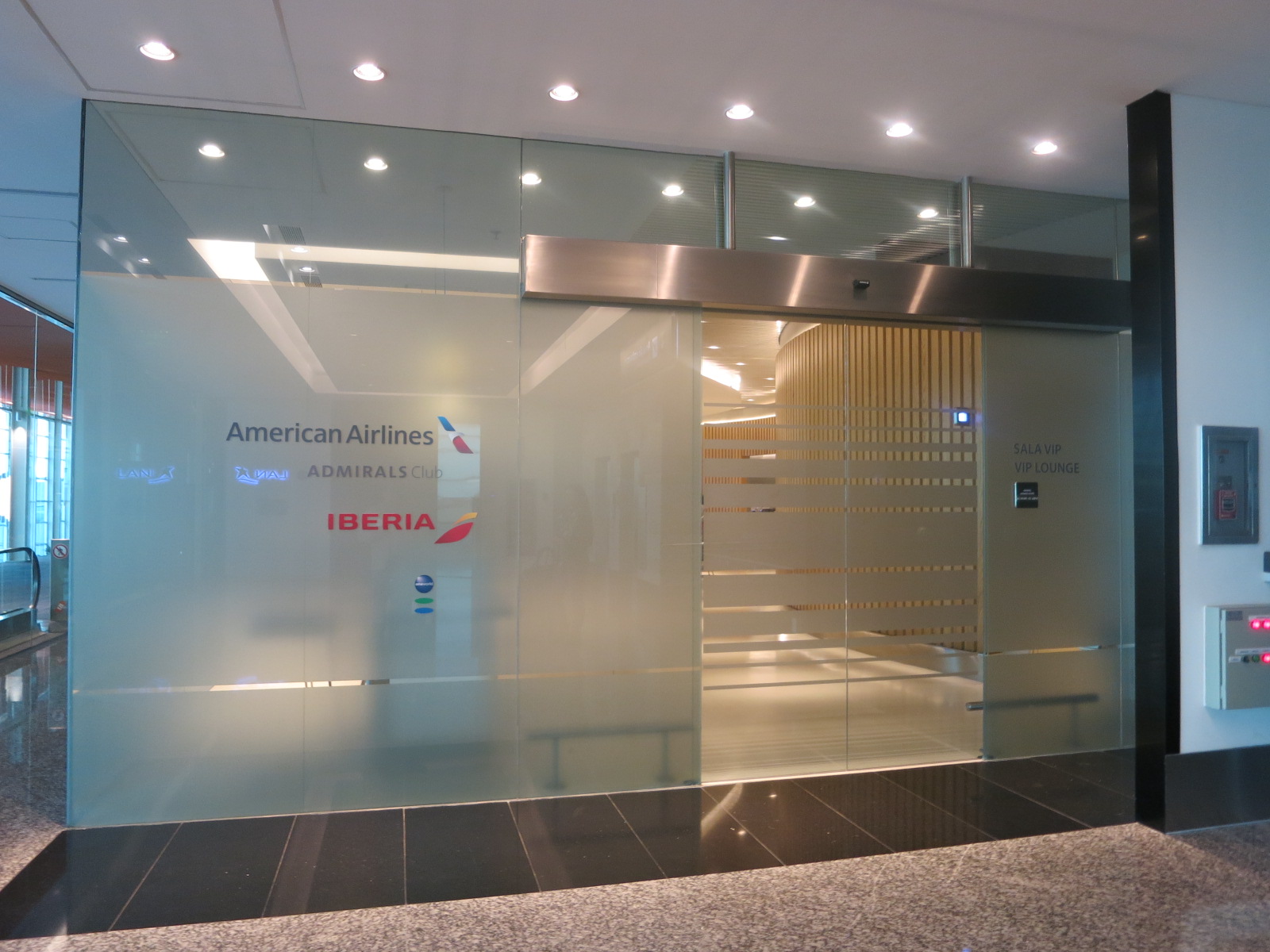 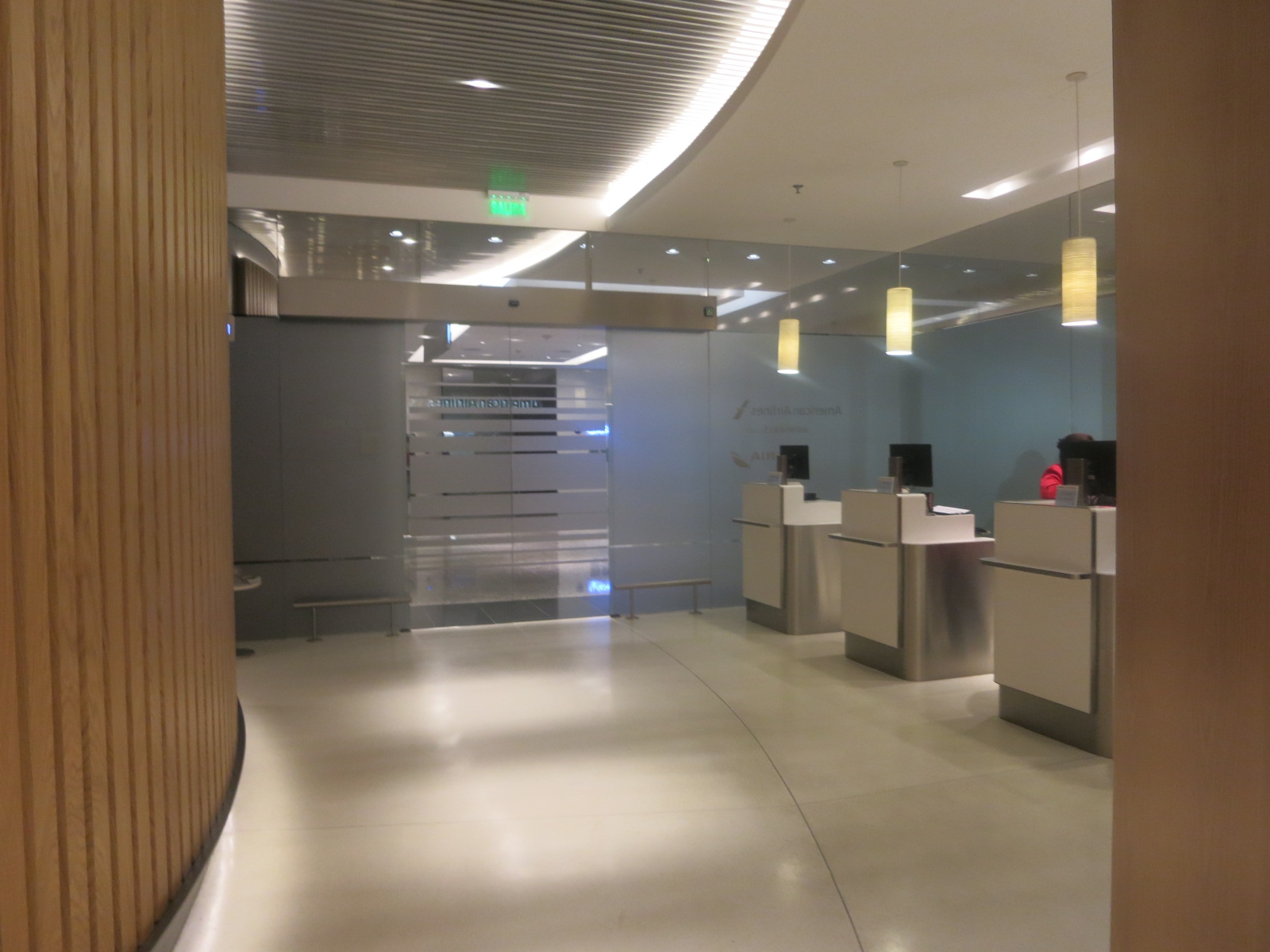 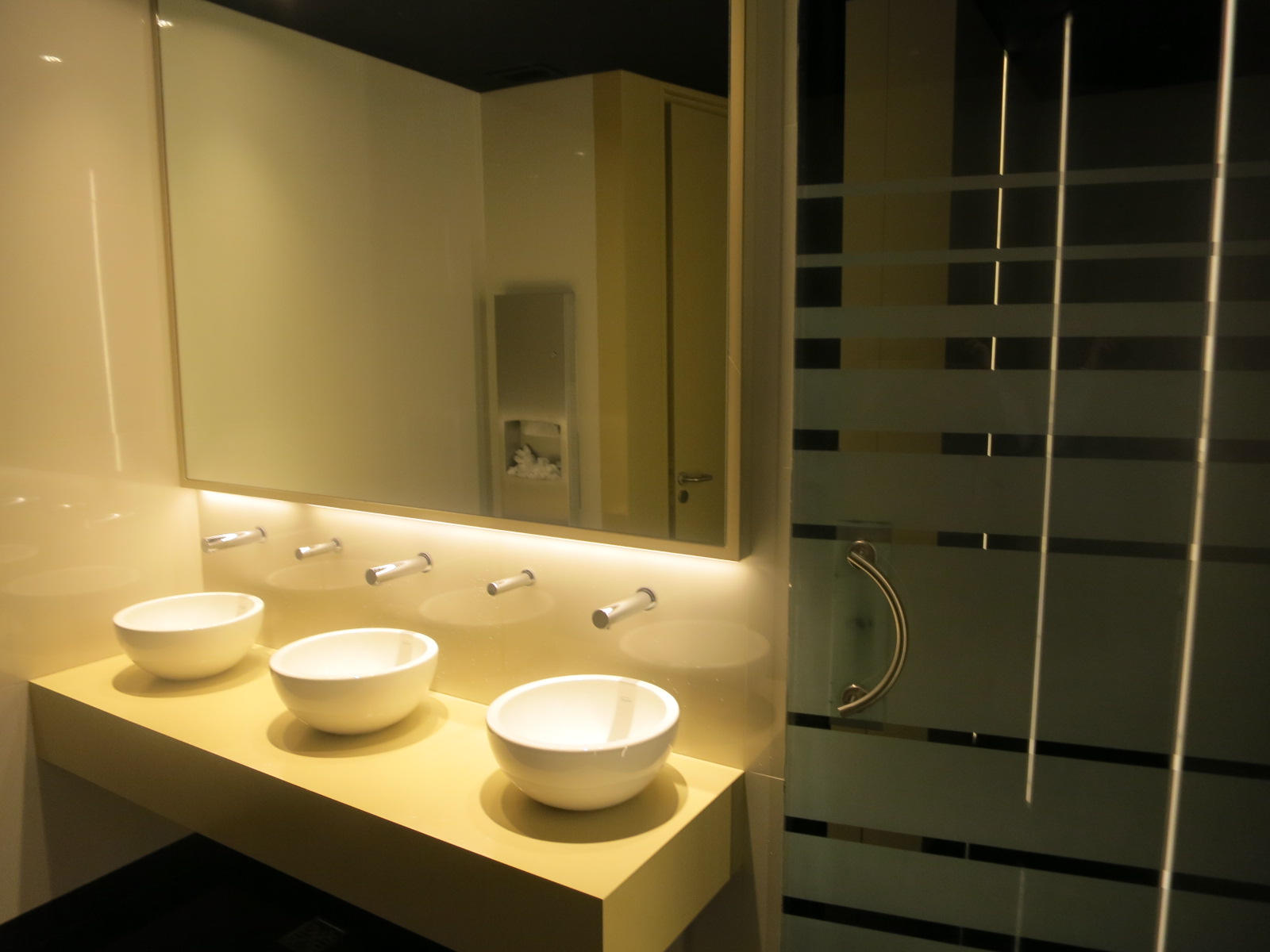 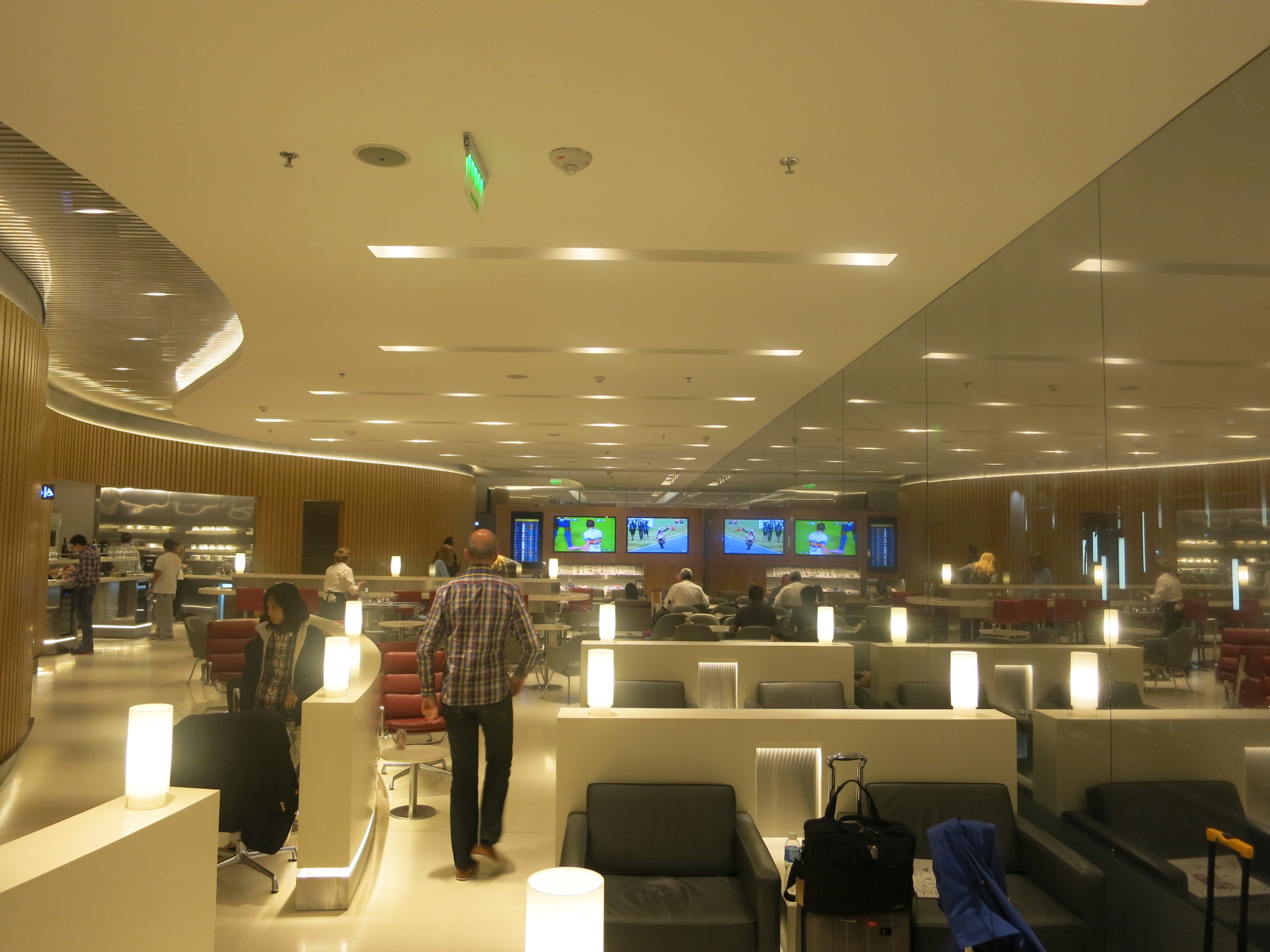 The idea is that eventually all of the lounges get re-done.

Renovated clubs will be instantly recognizable to customers, with entryways featuring the American Airlines logo on sleek, white glass. Once inside, customers will be greeted by representatives who are stationed at modern check-in podiums, ready to assist with travel and upgrade needs. Lounge areas will receive a contemporary style overhaul with a mix of tan and gray tones and accents of rich red, along with lighting and other elements that blend in white oak wood and stainless steel.

To improve customers’ comfort as well as productivity, the redesigned clubs will feature a variety of custom-made furniture pieces – from communal tables to high-backed chairs outfitted with power outlets and USB ports, making it easier to charge personal devices and stay connected. Restrooms will also be given a modern treatment, with new countertops and tile throughout. A club’s individual location will be played up through artwork that represents the destination.

First out of the chute are the currently-closed lounges at Phoenix and Sao Paulo (oddly, I really already found the Sao Paolo lounge to be quite good).

Then Miami, New York JFK, Dallas-Fort Worth and Los Angeles will start renovations this year. They do not note which of the Miami, New York, or Dallas lounge(s) will get the treatment right way.

They’ve provided a rendering for Phoenix. The brown furniture at bottom-right are called ‘privacy chairs’

And a bar area rendering. Additionally they promise “[m]ore food enhancements .. coming this summer” although don’t yet specify what those are.

The overall renovations will take quite a long time, “with clubs in Chicago, London and other key cities entering the renovation phase in the coming years. Ultimately, the makeover will touch all of American’s lounges.” After we get through the first six airports that will be unveiled or begun this year, “key cities” will enter renovation over years and ultimately they all get retouched. I guess I don’t have to worry about mini golf being removed from Austin any time soon.

I’ll be following up to learn more details of the schedule and the food improvements. Although I do have to say that the chicken tortilla soup in the clubs is really good. I just wish they didn’t stop serving it at 7pm!