Two years ago female British Airways flight attendants won the right to wear pants. Older crew members in the ‘worldwide’ fleet could already do this. More recent hires in the ‘mixed’ fleet could not.

Cathay Pacific Airways and Cathay Dragon will give all female uniformed staff the option of wearing trousers for the first time, marking a historic and progressive change for the more than 70-year-old Hong Kong carrier.

Talks to end the skirt-only rule concluded successfully on Thursday with an understanding between Cathay Dragon and its cabin crew union, both sides said. Clearly the role of the flight attendant has changed over time and societal attitudes have changed too. The very first airline flight attendant was hired by United Airlines as an onboard nurse. That persona morphed into a hypersexualized one.

Braniff advertised that their flight attendants would ‘strip’ inflight. Southwest’s practice of hiring only attractive women as flight attendants was successfully challenged in court.

Some airlines inject a sort of glamour into their attire. And some still a certain sexiness. Others do that with a veneer of cultural authenticity by tying uniforms to the traditional dress of an airline’s hone country.

Delta of course has had its Red Dress. Not revealing, but form-fitted and attention-getting. (Although there was a protest because the red dress wasn’t made in ‘plus sizes’ and of course pilots would rate the attractiveness of flight attendants based on whether or not they were ‘RDQ’ or Red Dress-qualified.) 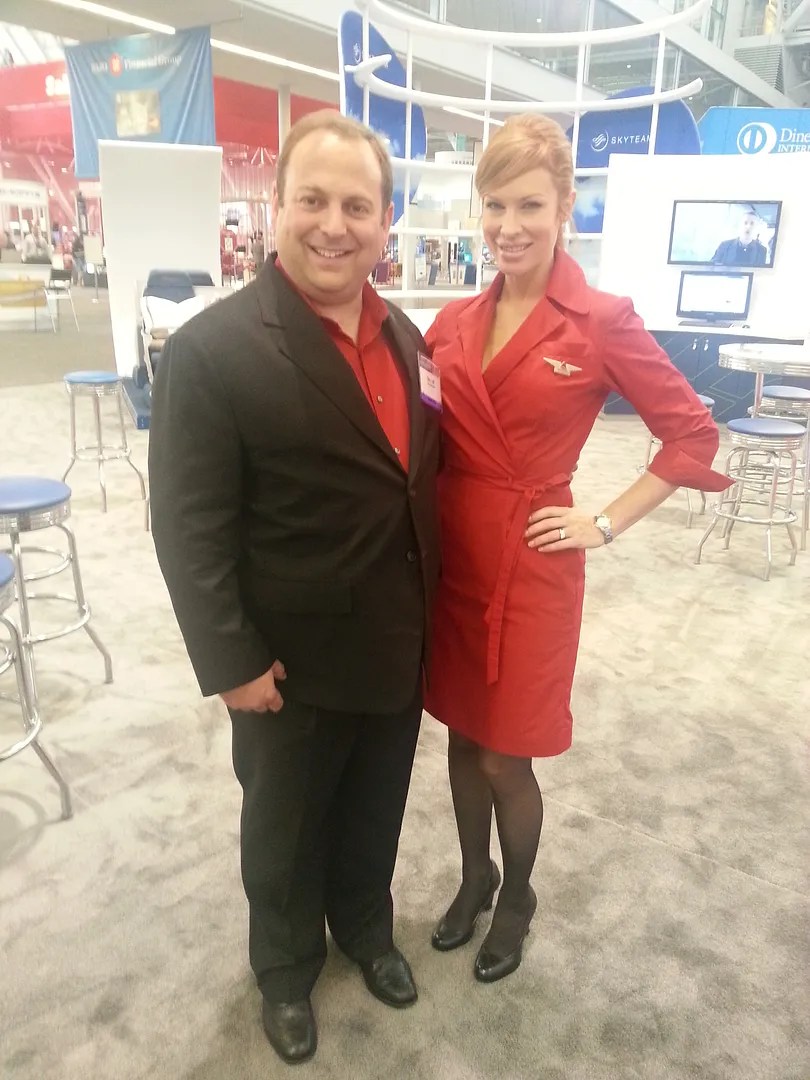 Travel itself just isn’t glamorous in the same way now that it is accessible to so many more people. Passengers don’t dress up for it. And it doesn’t make sense anymore to view flight attendants like it is still the 1960s, either.

On the other hand the mantra that flight attendants are there ‘primarily for your safety’ isn’t the right answer either. They provide service and hospitality too. They represent their company and its brand. So a sharp look that fits the company’s image makes sense.

As MTV’s The State reminded us, pants are a crucial tool for that sharp look.