These can be used to upgrade one direction of flying on American flights on just about any fare.

Instead of sitting here… 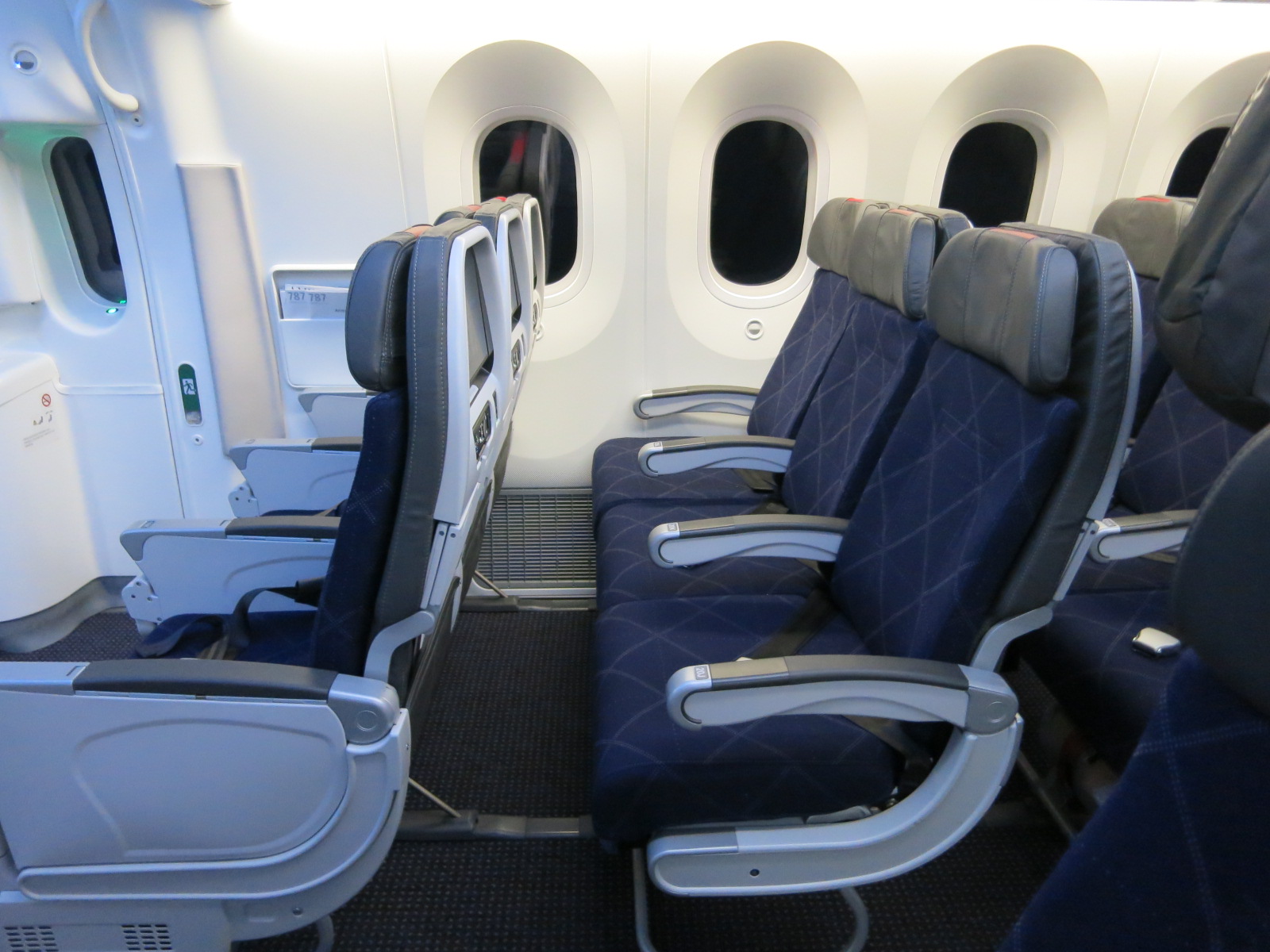 They let you sit here: 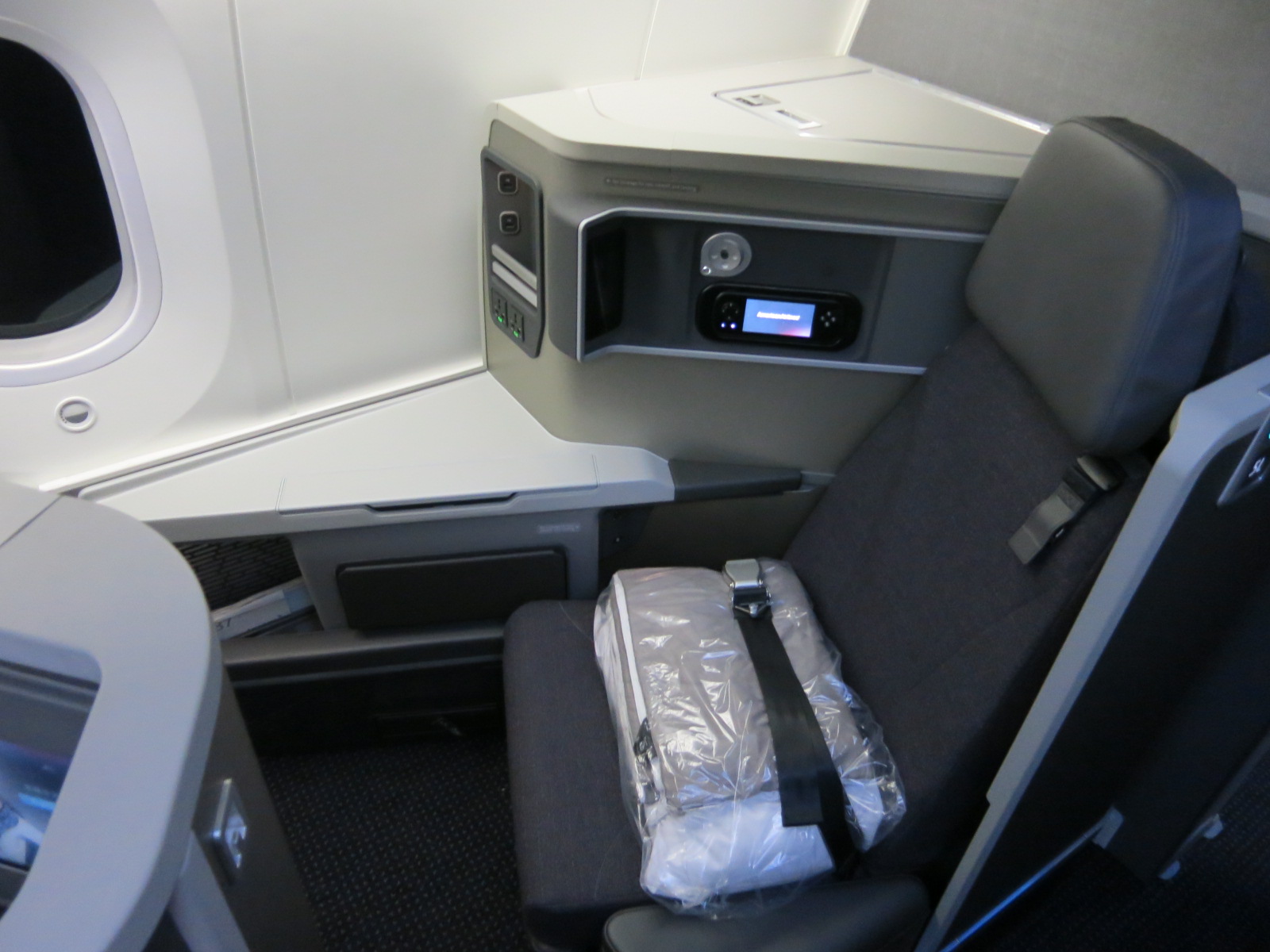 With full flights, though, it’s harder to confirm these at booking. Fortunately Executive Platinums usually clear their upgrades when they waitlist, especially when booking reasonably far in advance, because position on the waitlist is determined by status and how far in advance the request is placed.

Reader S. asked about using his American systemwide upgrades for a family of four traveling together on American Airlines.

I have a couple of questions around the best strategy to make use [of my systemwide upgrades]. I am Exec[utive] Plat[inum] and bought tickets back in March for travel to Europe in July.

We are a family of 4 all in a single [reservation]. The Upgrades have still not cleared to date. The flights outbound look very good with tons of seats still available (30+ out of 52) and only 2 weeks left before departure. The return does not look good at all how there is another flight 3 hours later that does look pretty good. Hence my questions are as follows:

2. Once I am on the airport standby list and 2 tickets out of 4 are upgradeable do we still have to split the PNR or can we remain intact in one PNR but 2 of us get upgraded.

3. If I am connecting from a domestic flight, is my priority higher than a local originating passenger because I am a “Through” passenger.

4. On my return I will be connecting from a BA flight. Will I still be considered a “Through” passenger

5. On the return even though I am booked on an earlier flight, can I ask to “StandBy” for a later flight and still be put on the Upgrade list because the later flight looks really open in both coach and business.

Sorry for so many questions. I am getting goose bumps because it has been more than 3 months and my upgrades have not cleared and probably won’t get a chance to use these SWU later either as I have no trips planned. In the past years I have been able to apply them right away after purchasing the ticket but not this year.

No doubt the biggest impediment to clearing is that he has 4 people on the same PNR and thus there have to be 4 confirmed upgradeable seats at the same time. If say 2 got released those would have gone to someone else.

The biggest challenge then is going to be that even if four seats don’t open up in advance, then passengers will transfer to the airport list.

Check-in time no longer matters (as of 8/1/13) for upgrade priority on international flights. And there’s no need to split the reservation. But while all passengers are treated as having the same status as the highest status passenger on the reservation in advance, at the airport the Executive Platinum will have top status for the upgrade while the other passengers will not.

And being a ‘through passenger’ doesn’t help priority. American used to give connecting passengers a higher upgrade priority at the airport. If I were flying Austin – Dallas – DC I would have priority on the Dallas – DC segment over someone originating in Dallas. That’s no longer true. There’s no longer such a thing as through priority (“-T designation”). That’s something which went away a few months ago.

And unfortunately the passenger isn’t going to be able to stand by day of travel for the later flight, list for upgrade, etc.

My own strategy in situations like this is not to keep everyone on the same reservation. To request upgrades separately. And to set up alerts for confirmed upgrade space opening up (upgrades from coach to business class book into “C” inventory) using Expert Flyer. Then call in right away when the space opens.

In general though I find it much easier to get premium cabin awards for a family than to get upgrades. That’s because you have more airlines to choose from with awards. Upgrades using miles or certificates are either going to be restricted just to the airline whose programs issues them, or will require purchase of full fare tickets in order to upgrade on a partner. Miles let you book using partners, and even combine partners on the same ticket, creating far more options for a family.