A 35 year old married couple is suing the DoubleTree Denver Stapleton North because they believe they were spied on while having sex inside the room.

When Nathan opened the door on the morning of Sept. 11, 2019, he said he discovered the door’s peephole laying on the floor of the hallway outside his room.

“When I opened the door and I looked at it from the outside, I could tell that there was a smudge mark where somebody’s face and handprints were up on the door. Clearly they were peeking into our room,” said Nathan Parks.

The wife says whomever was looking in might have captured “intimate moments” or naked time at the oh so sexy DoubleTree Stapleton.

Married couple says they were spied on while having sex in #Denver hotel room. Now they’re suing ⁦@DoubleTree⁩ by Hilton after finding peephole to their room had been tampered with. #kdvr investigates at 5:30 pic.twitter.com/Pu65OhBqKa

According to the hotel, they reviewed security footage and believe that no one was looking in the guest room while they were there. Now, I’ve had poorly maintained peep holes before. A previous guest had stuffed a tissue into the hole, and housekeeping just left it there. That was at a full service Marriott. So I’m inclined to suspect this DoubleTree was just underinvesting in maintenance, though it’s good to hear this husband and wife are still connecting whether they’re being watched or not. I’ve written about plenty of cases of video surreptitiously hidden in hotel rooms and also inside of Airbnb accommodations. It turns out that in South Korea there was even a paid subscription website where people could watch guests in their hotel rooms.

Here’s how to check your room to know if you’re being spied on. And here’s how Erin Andrews makes sure no one is spying on her (again). 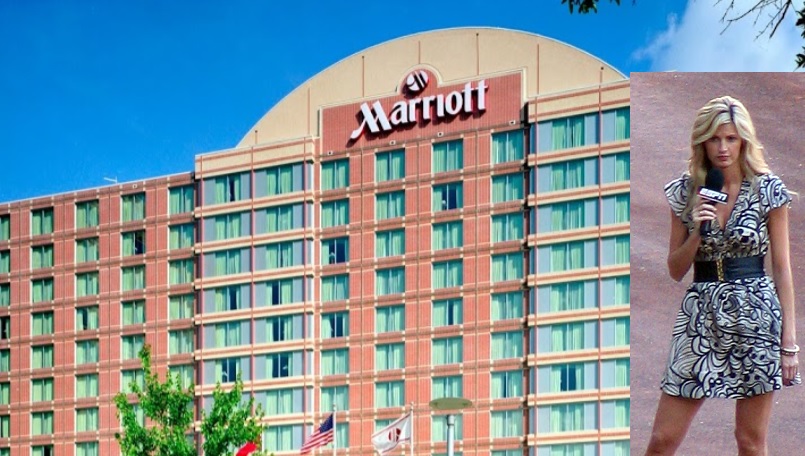 This isn’t even the first time I’ve written about a lawsuit against a Hilton property, in a previous incident a woman claimed a hotel employee videotaped her in the shower and used the photos to blackmail her.

I suppose one hidden upside to low hotel occupancy rates currently is fewer people being spied on in their rooms, though on the other hand they’re stuck at home lacking privacy from their kids.