Think it’s lucrative to get fired as United’s CEO?

40% of the options though require boosting the company’s stock price nearly 50% over the next 4.5 years. That’s actually modest growth, but while conventional wisdom paints the consolidating online booking industry as a success engine it’s actually incredibly vulnerable. 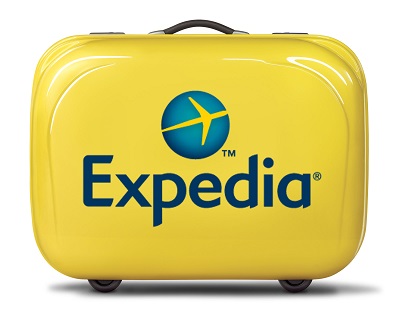 Expedia was started by Microsoft in 1996. It was first the airlines that took on the online travel agency business by forming their own: Orbitz. Microsoft no longer owns Expedia, and the major US airlines no longer own Orbitz… Expedia does.

Hyatt, Hilton, and Marriott offer discounts to loyalty members booking on their own websites. But those discounts are modest, generally less than AAA. And they’re focused on loyalty program members who already book direct if they want to earn points.

The challenge is that most customers aren’t ‘clicking around’ for the best price on a specific hotel, they’re clicking around to learn what their hotel options are in the first place. Someone who knows they want to book Hilton is well-served by a discount on Hilton hotels. But until and unless you know that’s the hotel you want, you go to a comparison site. Hilton’s commercials tell you that booking direct is so alluring!

It’s interesting that Expedia has a rewards program, but it’s truly weak sauce and devalued multiple times. (Orbitz launched one a bit richer, but that was before their acquisition by Expedia).

Their business model isn’t frequent travelers, although they certainly have heavy use customers, as much as it is infrequent travelers. Those are the people who need to compare across brands rather than knowing what they want to book. Frequent guests may even use third party sites to compare pricing and discover options but then book direct.

There’s no real barrier to entry in the online travel booking space. The two determinants of success are better helping consumers to find what they’re most looking for quickly and easily and eyeballs. The first is a necessary but not sufficient condition for the second, which also requires marketing. (And while Expedia advertises offline, it devotes a lot to online search — where it’s especially vulnerable to changing algorithms, for instance its Trivago subsidiary was crushed by Google two years ago.)

Expedia is easy to use but seems more interested in monetizing eyeballs than serving them since Expedia now lets hotels bid to have higher placement in search displays.

Expedia’s advantage is that they have a lot of people searching. People go there, they’re likely to book, and that audience is worth something. So Expedia seems to have moved from doing its best to find customers the best deal, to a model where they’re selling customer eyeballs to advertisers (hotels). And their customer service can be really challenging as well. Hotel chains are consolidating, and they’re paying less in commissions than they were 5 and 8 years ago. Booking sites are trying to figure out ways to extract revenue as their income per booking is declining and as they face new competition from Google and from other potential competitors in mobile.

Online travel agencies, though consolidating, are vulnerable. The answer isn’t providing members-only discounts for booking direct. The answer is to do the best job showing consumers the product that best meets their needs, at the best available price, and give them the best user experience to book it. In other words, the way to beat the “OTAs” is to become a better OTA.

If Expedia’s CEO receives comp worth ‘only’ $60 million I won’t feel badly for him. But the task ahead is harder than it seems, the OTAs have fewer advantages than it seems, they’re really banking on travel providers not doing a better job for customers. Although that’s always a pretty safe bet.