When United came under criticism for how it handled denying boarding to a Nobel Prize-winning economist, Robert Schiller and his wife were departing… Denver. When a knee defender sparked national outrage, the flight that had to divert to Chicago was headed to… Denver.

The airport that considered banning Chik-fil-A because Donald Trump was, naturally, Denver. In the fall the airport was evacuated over bath salts.

When TSA agents admitted to manipulating nude-o-scopes so they could fondle attactive female passengers, that happened… well, it could have happened at any US airport. But it happened in Denver.

This month a passenger brought their own booze onboard an Alaska Airlines flight and yelled, “We’re All Gonna Die!” The plane diverted to… Denver.

You should never bring your own alcohol onboard. And you shouldn’t mix alcohol with Methylenedioxy Methamphetamine (especially if you’re dating a Kardashian). If you’re lucky you’ll just get written up for an inflight disturbance. 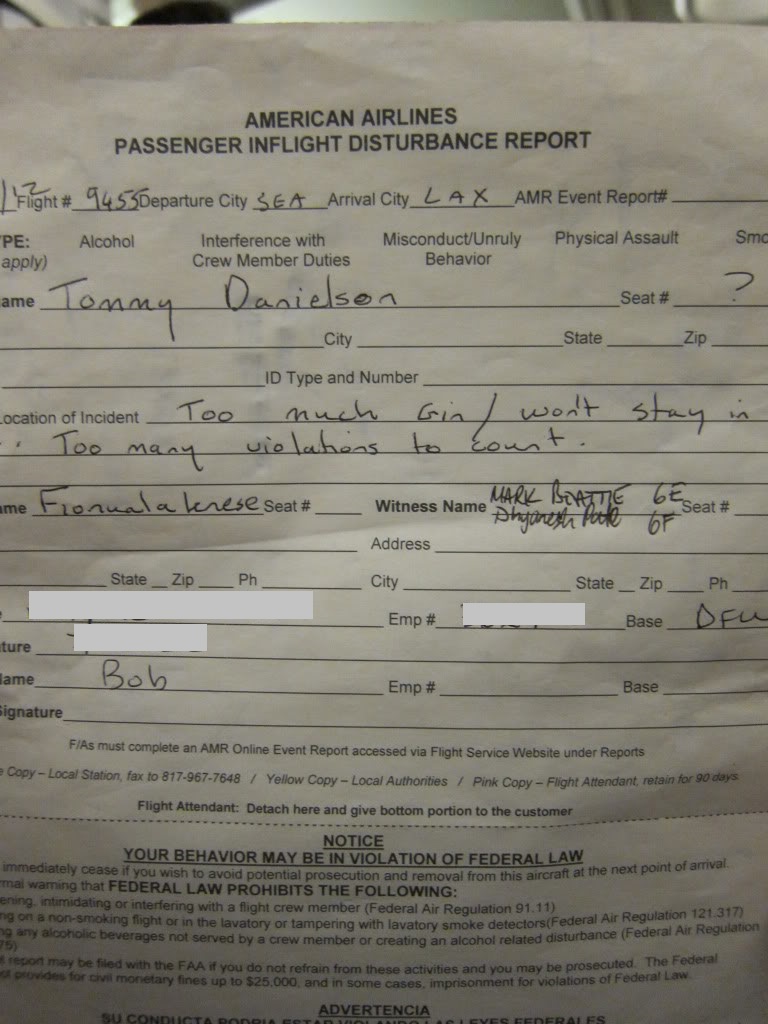 Sometimes a drunk passenger will just expose her breasts. Other times they’ll try to climb into bed with first class passengers.

Elite passengers, though, may be the worst because first class upgrades come with free booze.

An upgraded passenger on a US Airways Philadelphia to… Denver flight last year,

repeatedly placed his hand on the small of a flight attendant’s back before grabbing her and kissing her neck.

Lynch then spewed a string of of profanities.

The flight attendants armed themselves with an ice hammer, a pot of hot coffee, plastic handcuffs and alerted two “able-bodied passengers” in case Lynch became even more assaultive, the news release says.

“‘Let’s go!” Lynch said, before lying about being a Green Beret, showing off bullet wounds and a photograph of his “pot farm.”

That man has now been convicted and faces up to 20 years in prison.

In odd contrast, the Alaska Airlines flight that diverted to Denver deemed its drunk passenger “a customer service issue.” The US Airways flight did not even divert.

I have to hand it to the flight attendants’ use of an ice pick and pot of hot coffee to take down the passenger.