I visit the Maldives each year, because I really value the seclusion. The distance to travel, and even the need for a domestic flight and boat ride to reach the Park Hyatt after arriving in the country, create a sense of separation from the world for me. I need that to relax.

There are equally beautiful waters elsewhere, and there are overwater villas elsewhere, but the combination of service, food, seclusion and beauty create for me a perfect place.

There is, however, seclusion much closer to home (although a boat out to reach it will cost as much as domestic Maldivian transfers).

Frying Pan Tower is getting quite a bit of coverage, such as from the Daily Mail and also Yahoo! Travel as the scariest place to stay.

32 miles off the coast of North Carolina, this bed and breakfast features 8 bedrooms and is designed to feel like the original Coast Guard light tower it was in 1964. They supply linens, towels, and basic meal supplies but will make arrangements including a private chef to suit. The website shows a current rate of $498 per person for 3 days and 2 nights. This is the southernmost end of the feared “Graveyard of the Atlantic” which stretches up to the northern end of the Outer Banks of N.C. The shallow waters of the shoals (only 35-50 feet under the Tower) made ship navigation treacherous so in 1854 a lightship was stationed there. For 110 years, except for a few years during The War Between the States and WWII, crews manned the lightship 24/7 in all weather.

This was replaced by a permanent station that was abandoned in 2004 because.. GPS. It was purchased from government surplus for $85,000.

Here’s a video of the flight to get there.

Now, you do get real storms in the Maldives: 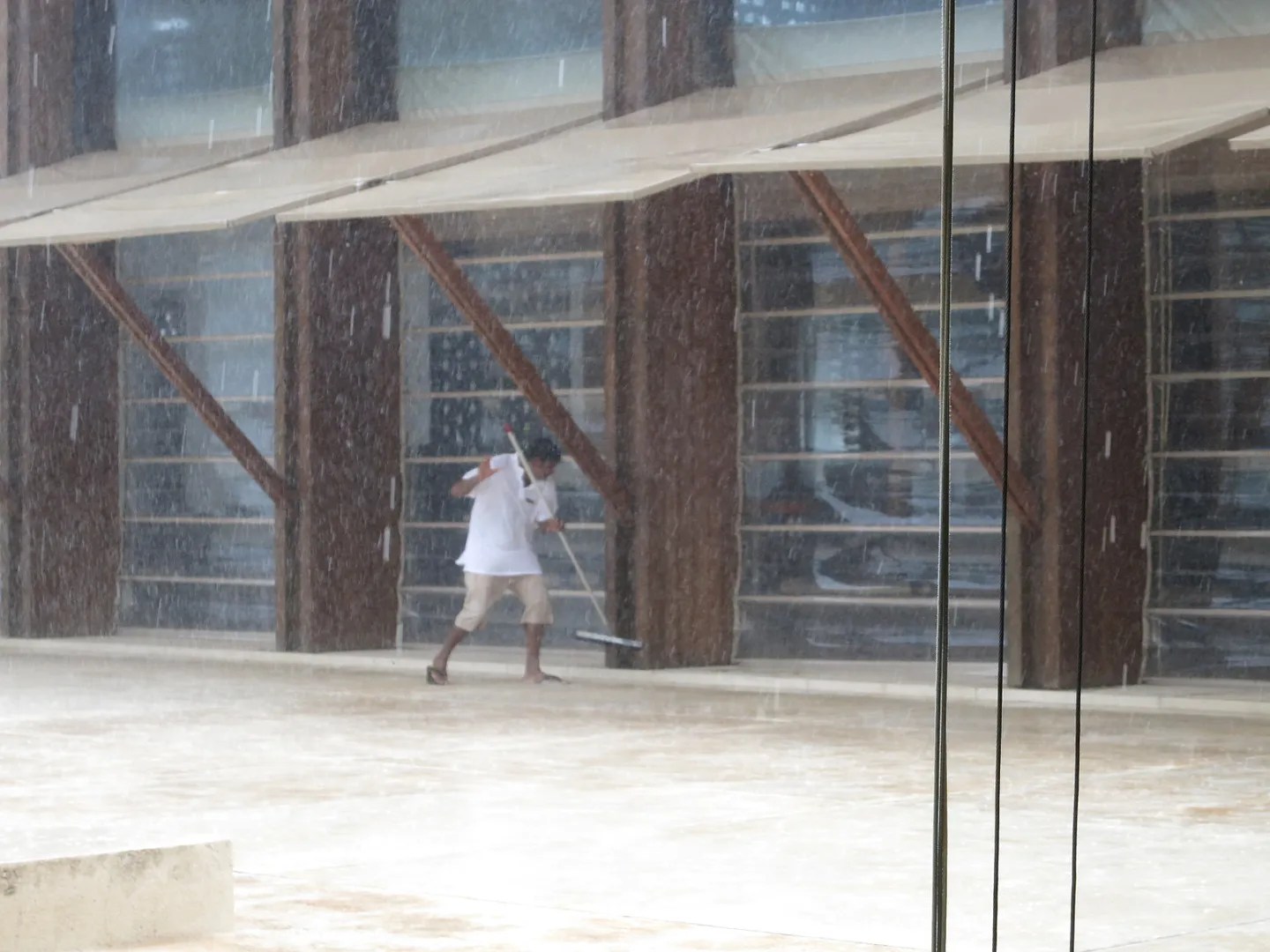 One couple in an overwater villa at the Park Hyatt there reported wearing the life jackets in their room overnight in May 2014!

Scary — but also not far from land and well serviced, not only are there modern conveniences but the proprietor can arrange for me. So I don’t think I would rate this the world’s most terrifying place to stay. People rent sail boats all the time and this is a structure that’s lasted for 50 years. For that I might start with some of the bed and breakfasts in Syria or start noodling on the 262-room ISIS hotel in Mosul.