They refer to long haul international and premium transcon flights as ‘Flagship flights.’ These are the ones that are most important to their bottom line. They are on Airbus A321Ts and also on other aircraft with lie flat seats — Boeing 757s, Airbus A330s, Boeing 777s (-200s and -300ERs), and 787s (-8 and -9s).

Since these planes offer a better product, customers are willing to spend more money to fly on them. Naturally the quality of the product varies a great deal across each aircraft type, and even within a single fleet, because of the myriad different business class seats American has.

They represent 5% of American’s flights but the airline says they generate more than half of premium cabin revenue. Since most cargo is international, they account for 80% of American’s cargo as well (though some connects from a domestic flight too). The airline has told employees that “[n]early 50 percent of first and business passengers on Flagship flights are elite customers.”

Just as important as Flagship flights to American’s operations are what they call “Flagship Feed” flights. When they use an international widebody, A321T or Boeing 757 on a non-Flagship route that plane is going to wind up doing a Flagship flight later. 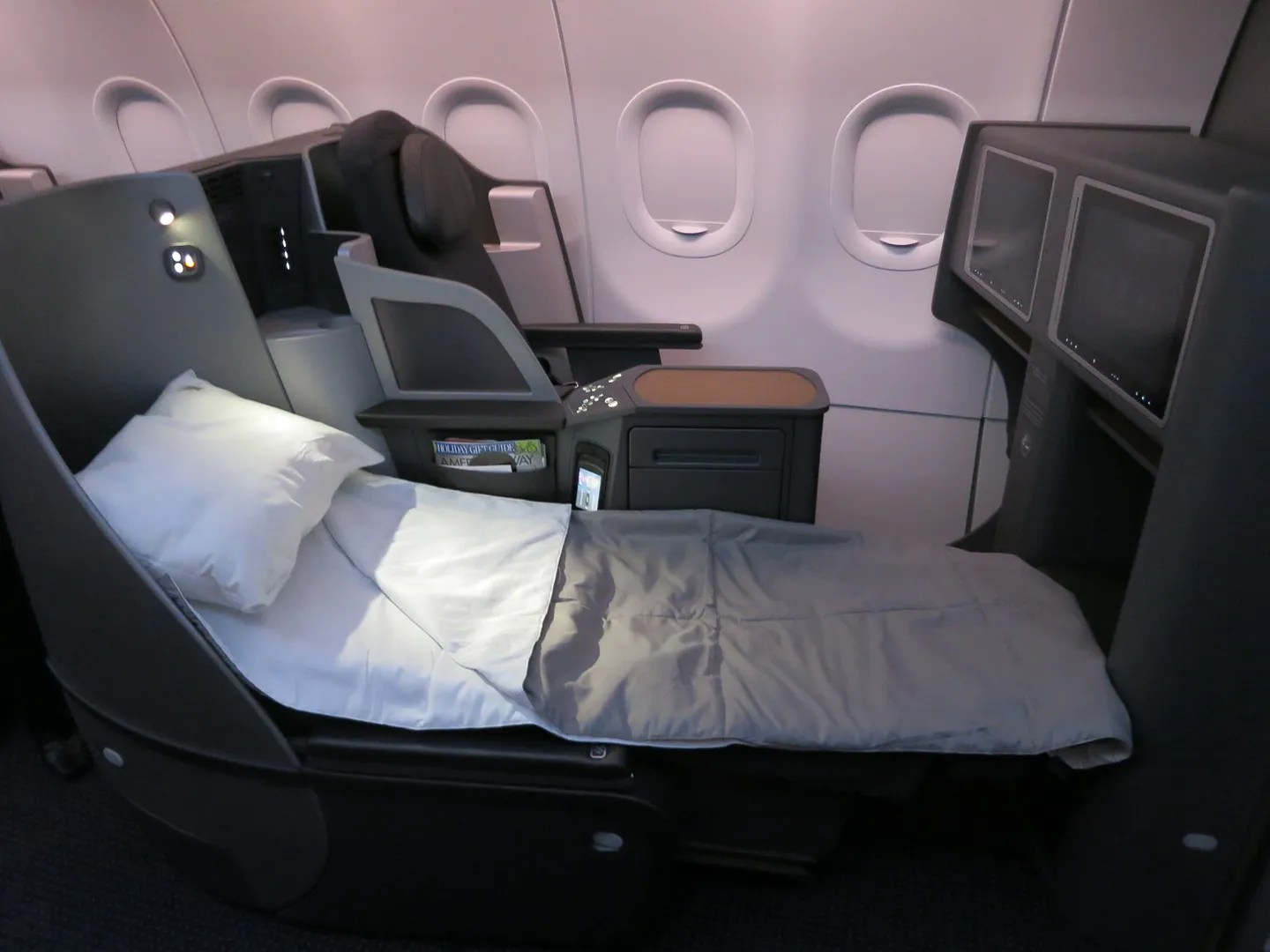 So the on-time performance of those domestic legs matter more than other domestic flights to the airline. A widebody flying Dallas to Miami before continue to London is really important for the domestic flight, because they don’t want to delay all of the premium passengers heading to London.

There are a whole lot of ‘Flagship Feed’ Boeing 787s, since they’re sending those planes to places like Cancun and Anchorage.

American is educating staff about these flights — they airline has new metrics they’ve been tracking since the first of the year, and since the fall they’ve been showing all frontline employees an animated video about Flagship. It’s reasonable to wonder whether American is thinking through the handling of their “Flagship Feed” flights correctly. They board small narrowbodies 30 minutes prior to departure on doestic flights, and larger aircraft 35 minutes prior to departure. That means a Boeing 777-200 operating domestically with 273 passengers is given 35 minutes to board — while an Airbus A319 on a short international sector is given 45 minutes for 128 passengers to board. Arguably a Boeing 777-200 ought to board earlier if their on time performance is crucial.

Expect to see American seek earlier boarding times across the board in their upcoming flight attendants contract negotiations. With bigger overhead bins though this will be less necessary for most flights (perhaps not a full Boeing 777 flying domestically) but they may make costly concessions to crew to get it.

Not for nothing but it didn’t even used to have to be on a ‘Flagship aircraft’ for the airline to provide “American Flagship Service.” There used to be “AFS” and International Flagship Service or “IFS.” The AFS flights could even be on a Boeing 737, and included cross country flights like Los Angeles – Washington National where we got better meals and printed menus.