American Airlines is retrofitting its 777-200, so that instead of offering economy, business, and first class it will only offer economy and business (it will continue to offer ‘main cabin extra’ additional legroom seating as well). 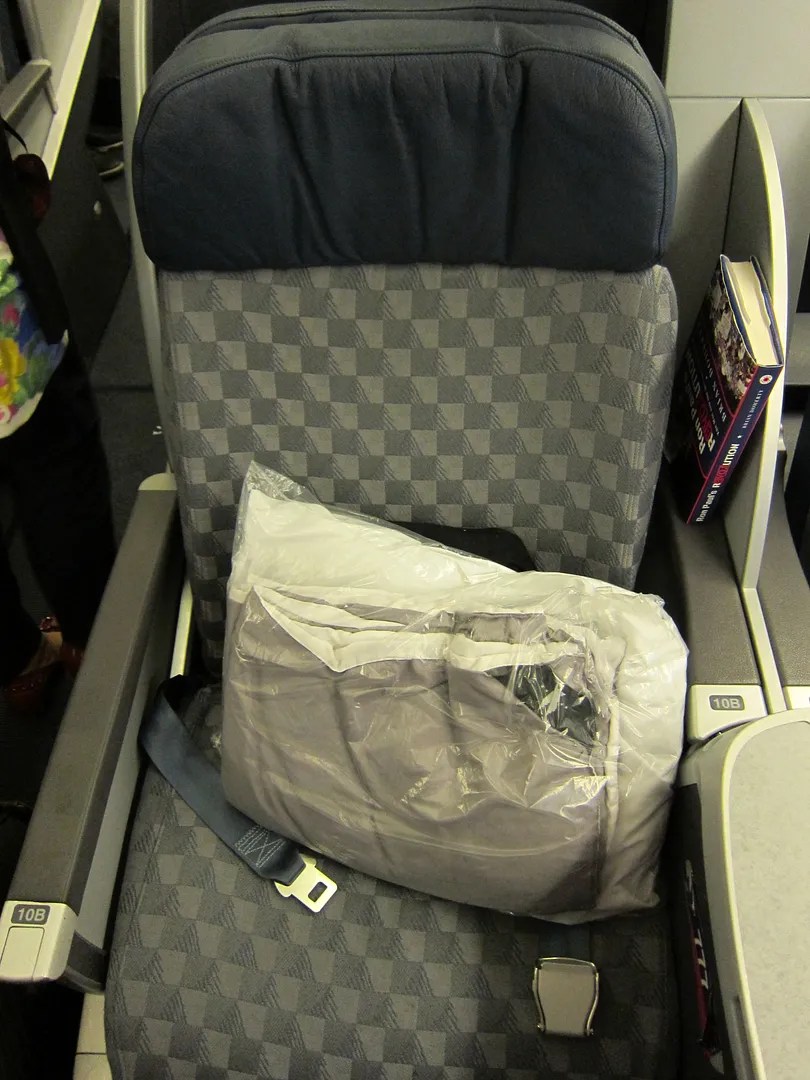 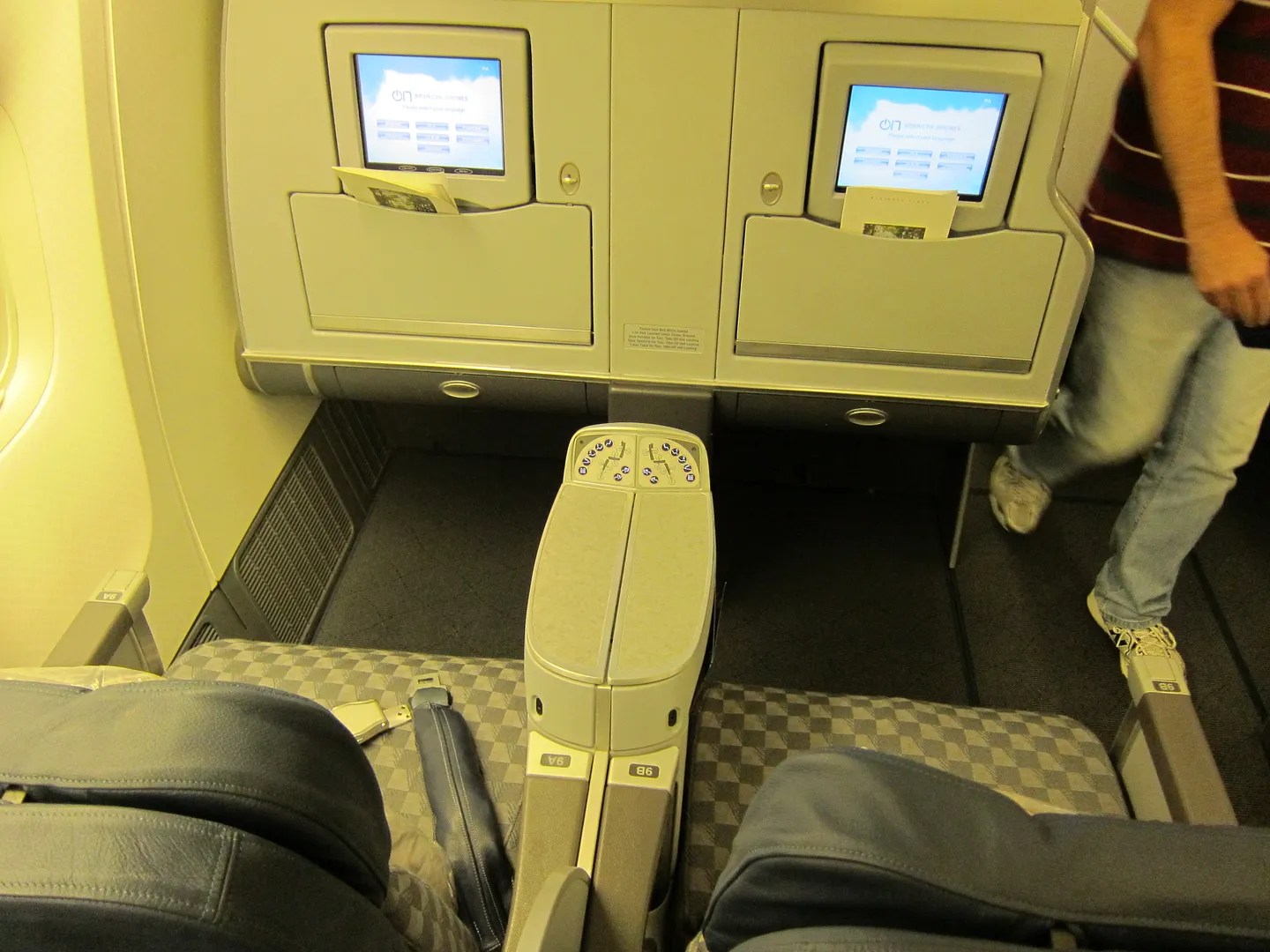 And the new business class seat: 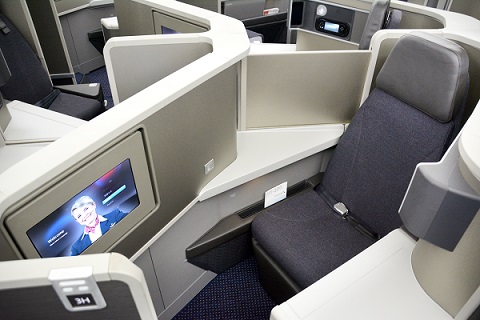 There are still unreconfigured 777s. And some of them fly domestically, where they are sold as two-cabin flights, such as Miami – Dallas where there are two flights a day.

I picked a random Wednesday in May and searched the AA.com website for a one-way Miami – Dallas flight. I picked one of the 777 flights. I was not logged in so I was searching as a guest. The reason for this is that I wanted to illustrate what happens without status.

See, on 3-cabin aircraft sold as 2-class for domestic flights full fare passengers and elites have been able to book themselves into the business class cabin when booking economy tickets. You’d still receive economy service (which is fine, and as an Executive Platinum I’ll receive a free drink and free buy on board snack anyway) but you’d sit in business — and if upgraded sit in first class. 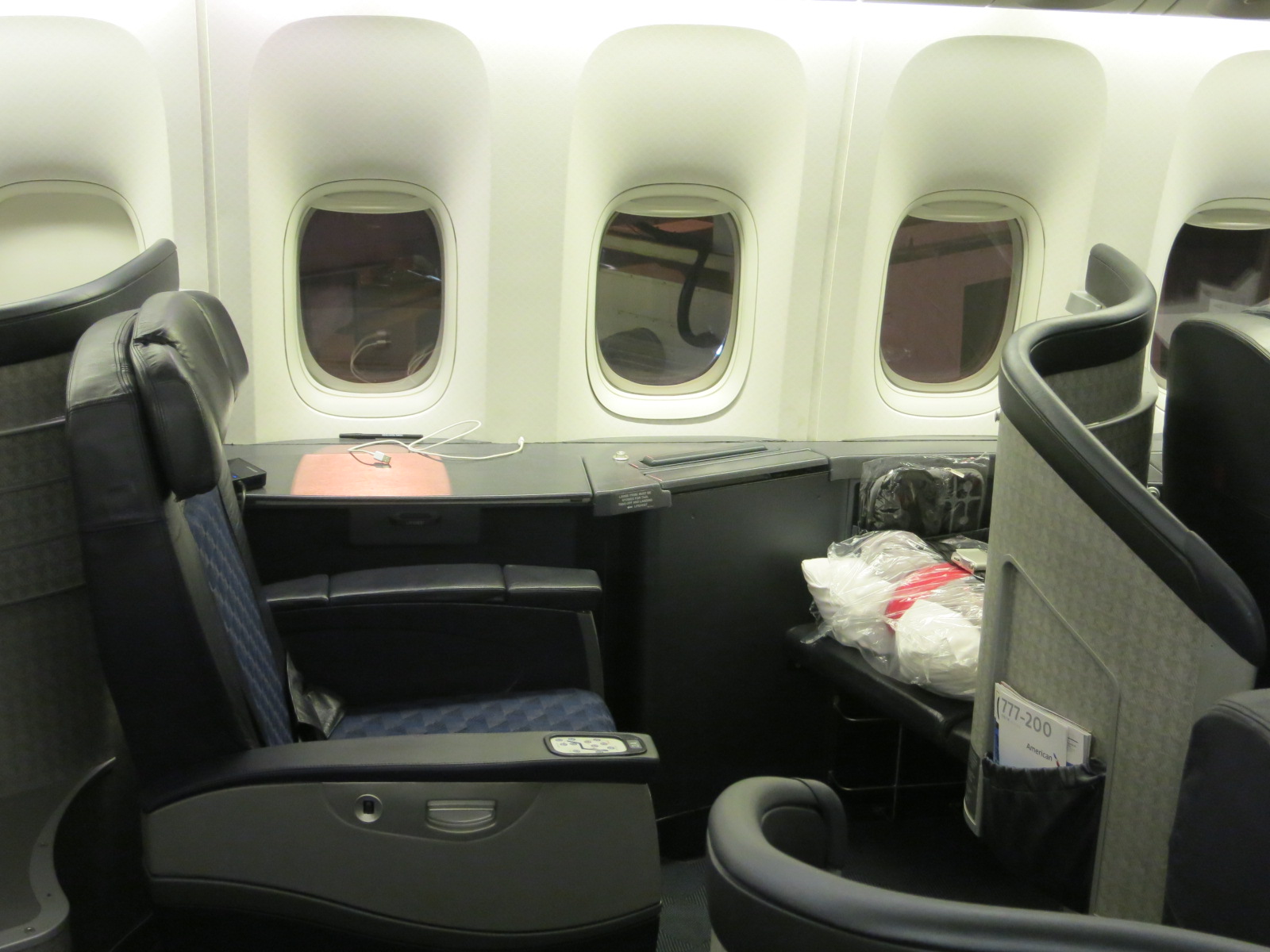 But right now anyone can reserve a business class seat when booking economy.

Here’s the seatmap for that flight: Note that the blue seats in the forward section of the aircraft (2-3-2 seating) are business class. Here’s the pricing of choosing seats:

You’ll see that the asterisked seats in the coach cabin ‘Main Cabin Extra’ (extra legroom, orange) and ‘Preferred” (somehow preferred, not extra legroom, green) would cost a non-status member to reserve. But the business class seats simply show ‘available’ and are not charged.

So if you need to fly Westbound out of Miami, doing so on an American 777 through Dallas is a great idea.

Of course, this opportunity may not last — the restriction that only elites can book these seats appears to have been lifted but that may not have been intentional. And seat assignments aren’t guaranteed, so it’s conceivable that non-status members could ultimately be booted from these seats. But for now anyone can book business class for the (often rather modest) price of coach on these flights.