Last night was my first opportunity to try one of the new domestic first class dinner entrees that American rolled out August 1 (although I remain happy with the entree salads that rolled out May 1, up until yesterday I’ve only been on breakfast or lunch flights in August).

Here’s what the steak and lobster mac and cheese looked like in the test kitchen: 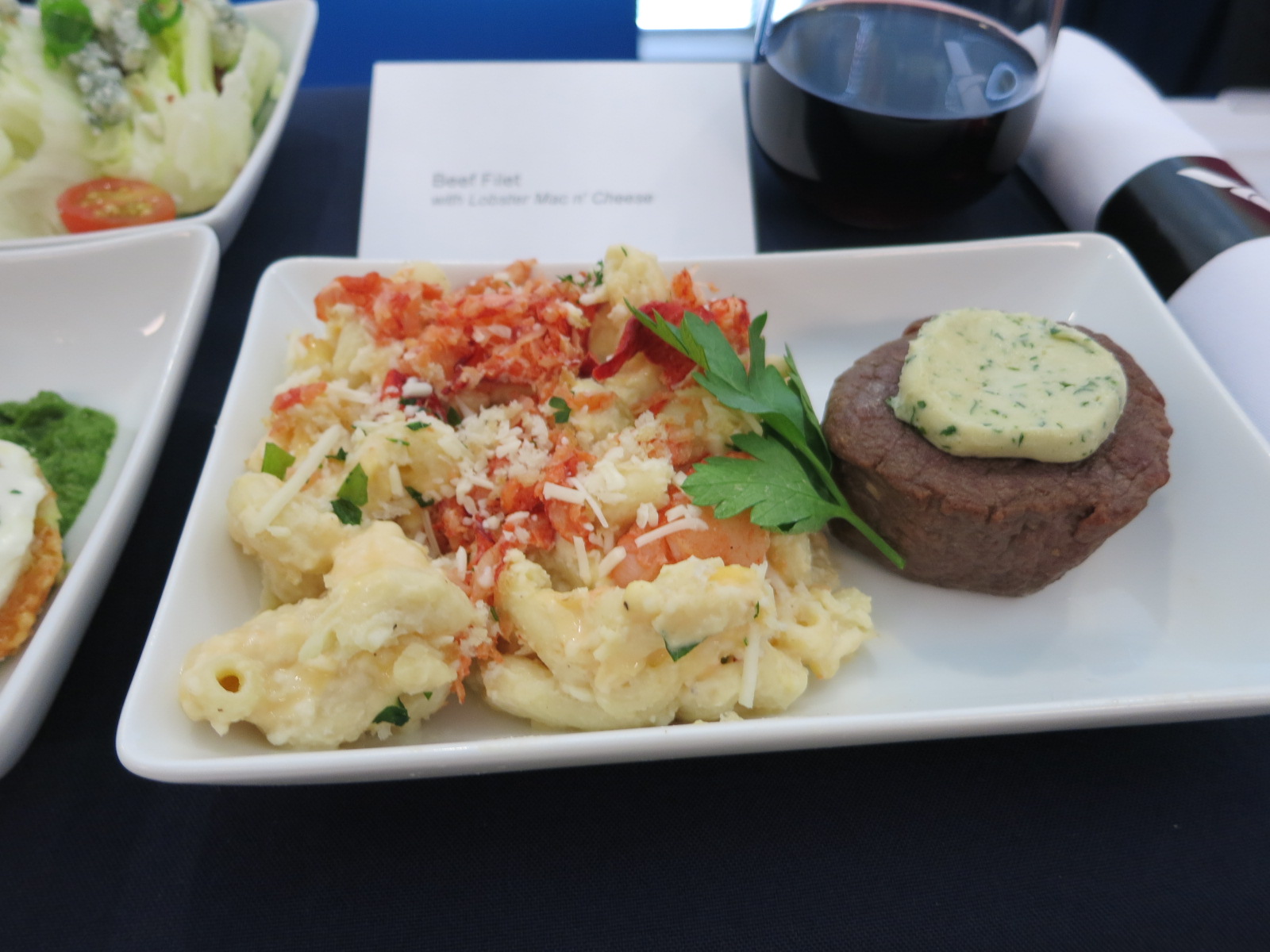 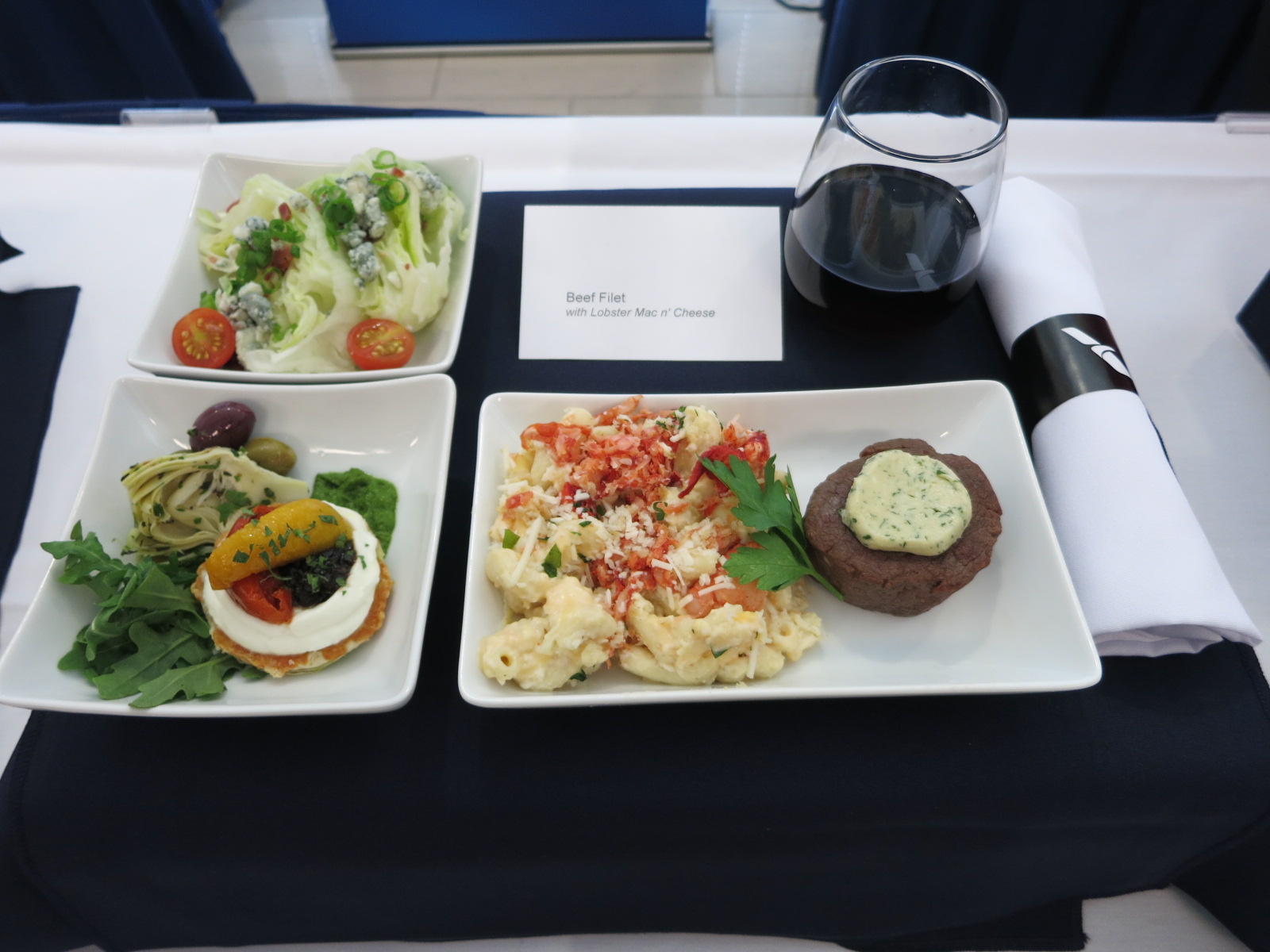 (Since the flight wasn’t 1299 miles or more, there wasn’t an appetizer on the tray — but the tradeoff there is that we did get a bread plate!)

The steak was perfectly edible and wasn’t overcooked. I wouldn’t have been happy with that piece of beef in a restaurant, but it was nonetheless better than I expected and ten thousand percent better than the ‘mystery meat’ American had been serving since the September 1, 2014 cutbacks (“US Airways-ization”).

The mac and cheese was delicious. Not much lobster of course, but that’s to be expected. The pasta itself was much better than what American had been serving.

So I was thrilled all around.

For domestic meals there’s no plating involved, the tray is delivered to the plane and flight attendants just remove the plastic and heat. Heating in the galleys causes the meals to come out ‘differently’ than they would on the ground.

I suppose it shouldn’t matter how the food is served, but I think the much improved meal would seem even nicer with a better presentation than a plastic tray with a paper liner. I really like the trays that were used on my Delta business class flight earlier this year: 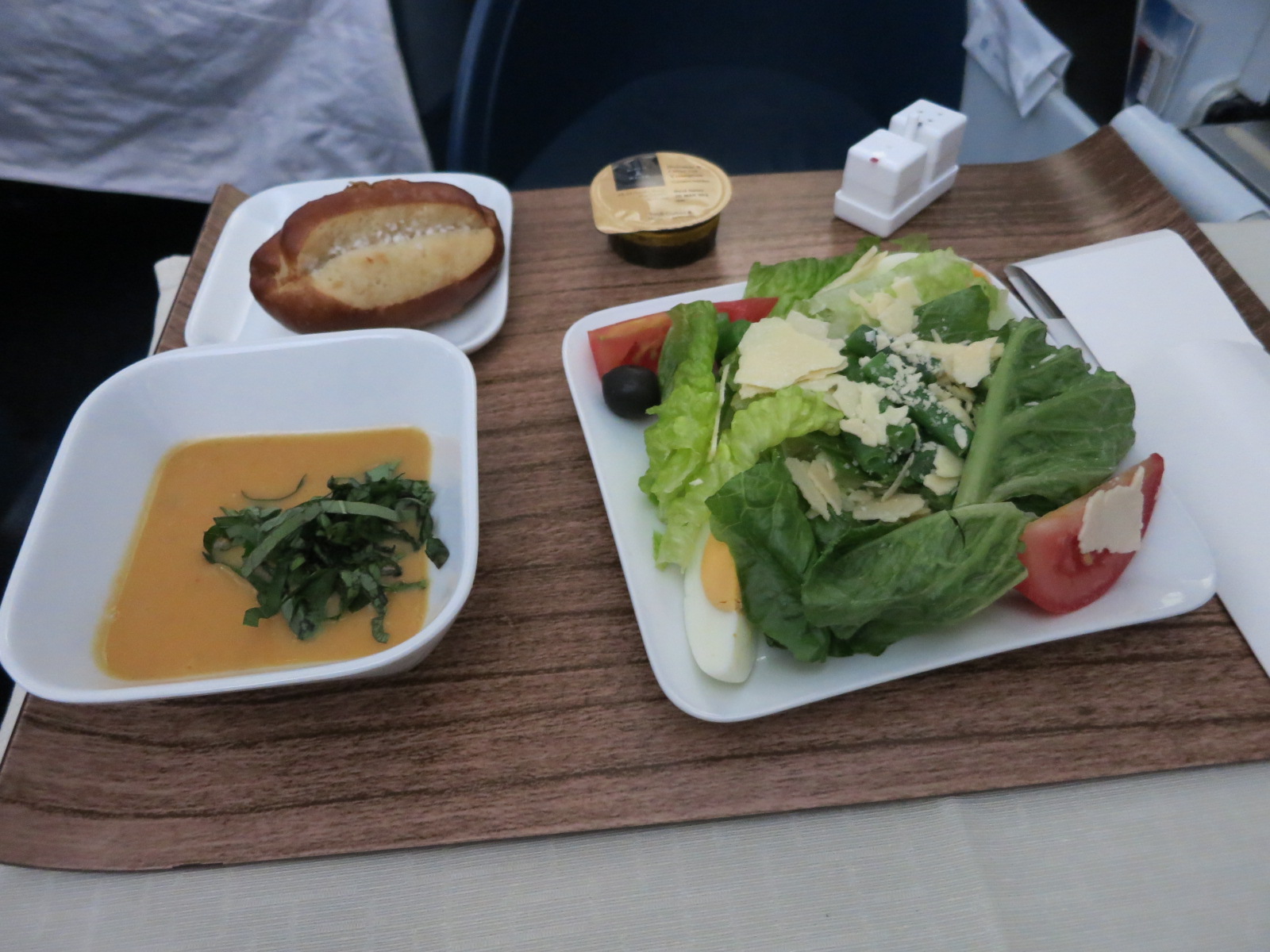 All things equal I’d rather the food cost go into the food but the presentation certainly could be improved.

I also wish they’d offer more than one salad dressing. I’ve never had a single conversation with anyone, ever, about how they like ranch dressing and want more of it. Regardless, there are choices of meals and I wish there were choices of dressings as well. That’s something that used to be offered onboard. Years ago I remember one of United’s choices was ‘Green Goddess’ dressing which meant that as far as I was concerned there was only one choice (the dressing that wasn’t Green Goddess).

But there’s no question this is a huge improvement. I’ve gone from always making sure to have eaten before the flight to assuming I’ll eat onboard. And that means I stay at the office longer, since I don’t need to get food on the way. That makes travel less stressful overall.