We’ve all heard the story by now about Cho Hyun-ah, Korean Air’s Vice President for inflight services and daughter of the airline’s Chairman, who flew New York JFK – Seoul at the beginning of December and had an altercation with a crew member.

She was flying first class, and a flight attendant presented her with an unopened bag of macadamia nuts, rather than asking her if she wanted the nuts and then serving them on a plate per proper procedure. 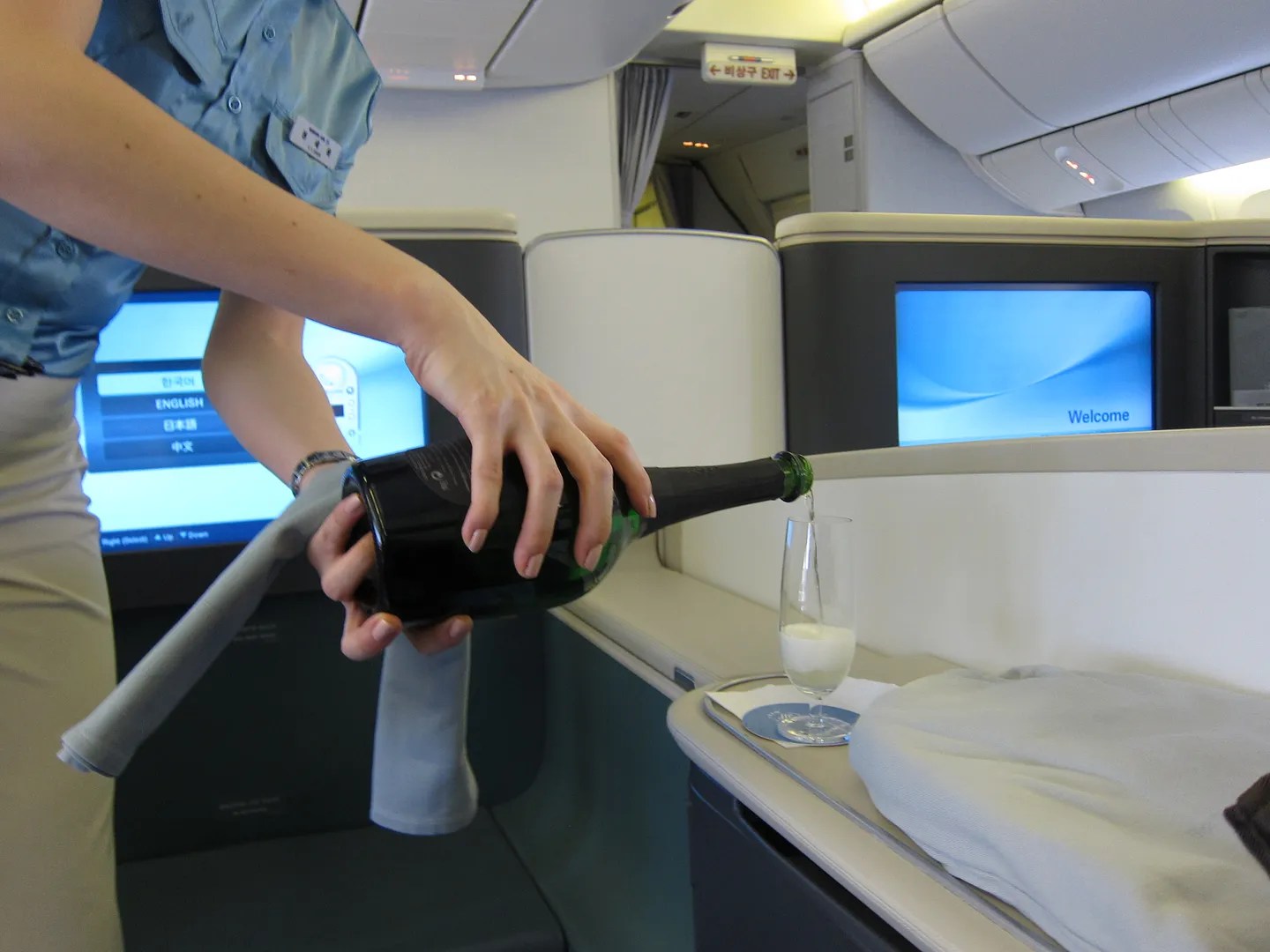 The aircraft, which was apparently 56 feet toward the runway at this point, returned to the gate to offload the purser. The incident delayed departure by 20 minutes.

And the world went ‘nuts’… more so in South Korea than in the U.S. even. She was convicted and sentenced to a prison term not just for assault but also violating aviation security laws.

Cho Hyun-ah, who is the daughter of the airline’s chairman, did not violate aviation security law when she ordered the chief flight attendant off a Dec. 5 flight, forcing it to return to the gate at John F. Kennedy Airport in New York, according to the Seoul High Court.

They reduced her sentence to 10 months, and then suspended the sentence. They limited the charges of which she can be considered guilty to assault and took into account her remorse and her lack of criminal history. She’s been in custody since her arrest in December.

The key change, though, appears to be having overturned her conviction for violating aviation security rules.

The aviation security law is meant to regulate highly dangerous acts such as hijacking. But the upper court said Friday that there wasn’t a big safety threat posed by Cho’s actions, and returning the plane that was taxiing did not constitute forcing a change in the plane’s route.

It’s possible that she’s received favorable treatment from South Korea’s High Court, given her position as the daughter of the airline’s Chairman and as a member of one of the country’s most prominent families.

On the other hand it’s precisely this position of privilege that made her the subject of nationwide outrage in the first place. The people clamored for the government to punish her, and they did, in the context of inflamed public opinion she may have been overcharged as well. Six months later public opinion may have quieted enough for the courts to undo that disproportionality. And ultimately she had both six months’ of her life taken, and now has both a criminal record and has become the butt of jokes around the world.