Hyatt Regency has rolled out a new branding campaign “It’s good not to be home” (HT: @dakdillon).

Here’s the thing — for road warriors, the business travelers on the road 100-plus days a year who drive disproportionate revenue to a hotel chain, it’s good to be home. But if you can’t be home, you appreciate the comforts of home.

I’ll concede a blind spot when it comes to the value of certain marketing investments, which is ironic considering my focus on loyalty programs which are themselves the most successful marketing innovation we’ve seen. I probably place too little value on this kind of messaging, because:

If I’m wrong about these propositions, I’m probably wrong in my take on the new Hyatt Regency campaign. And perhaps this is effective with the leisure market.

Still, for me at least, the Hyatt Regency messaging is off. Increasingly I don’t want to be away. I’m on the road a third of the year, and that’s almost exclusively domestic travel. I expect that I’ll have requalified for American’s Executive Platinum (100,000 mile) status not just on miles but also on segments. And that doesn’t count the segments I’ve flown on other airlines, or award trips. I’ll requalify for Hyatt Diamond and for Starwood Platinum and I’ll have stays with Hilton, IHG, Marriott, and non-chain hotels as well.

So while I’m looking forward to the award trips I have booked — one that is A380 first class on each of the 3 big Middle East airlines (Etihad’s first apartment, Qatar first class, and Emirates first class) — I’m ready not to have a 6am departure, a connecting flight, a few hours of work followed by a team dinner.

Nonetheless I get the messaging — “travel is good, staying at hotels is fun!” But this message doesn’t tell me why to choose Hyatt Regency (other than perhaps that they have gyms), let alone why to choose them over a competitor brand.

Unlike other hotel brands trying to emphasize the ‘homey’ feeling guests are expecting while traveling, Hyatt Regency points out the beauty of freedom while being away in their latest campaign.

…“It’s Good Not to Be Home” fills in the space left by other hotel campaigns, which miss out on the opportunity to emphasize the break from routine, the freedom, and the new experiences of traveling…

Hyatt Regency suffers to some degree from the Sheraton problem: inconsistency.

There are perfectly decent Sheratons such as in Seattle and there are run down Sheratons. The Sheraton name in the U.S. alone doesn’t tell you what you’re going to get, other than the club lounge is likely mediocre. That’s a great contrast from Europe, where a Sheraton club lounge can be quite nice such as at the Frankfurt airport. And in Asia there are world class Sheratons, like the Sheraton Grande Sukhumvit. In Asia Sheratons are usually nicer than Westins.

Hyatt Regency faces the same challenges with variability. From service and club lounge offerings they range from the pathetic to the sublime.

The Hyatt Regency Danang Resort is modern and gorgeous, with fantastic views and a generous club lounge. 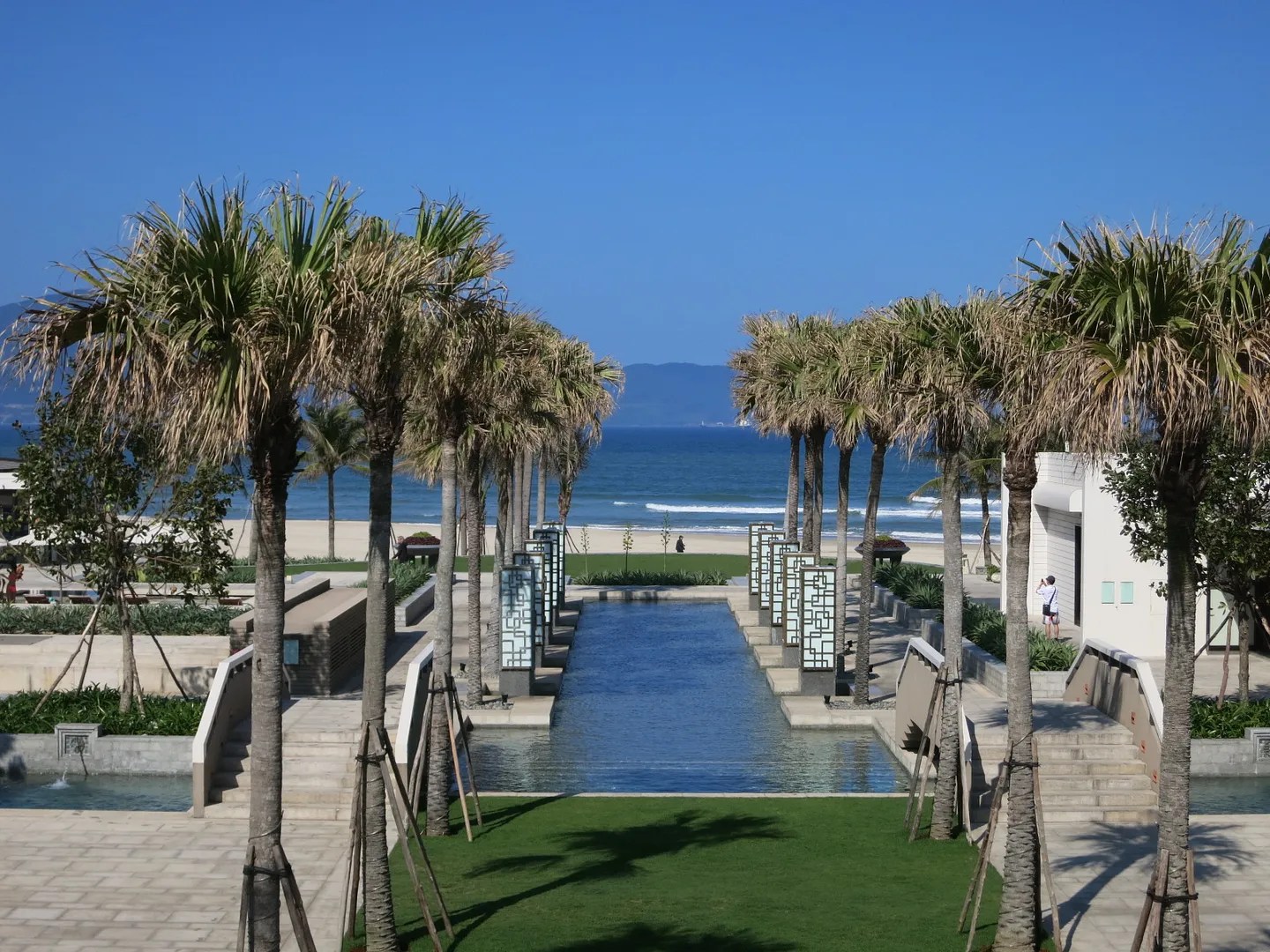 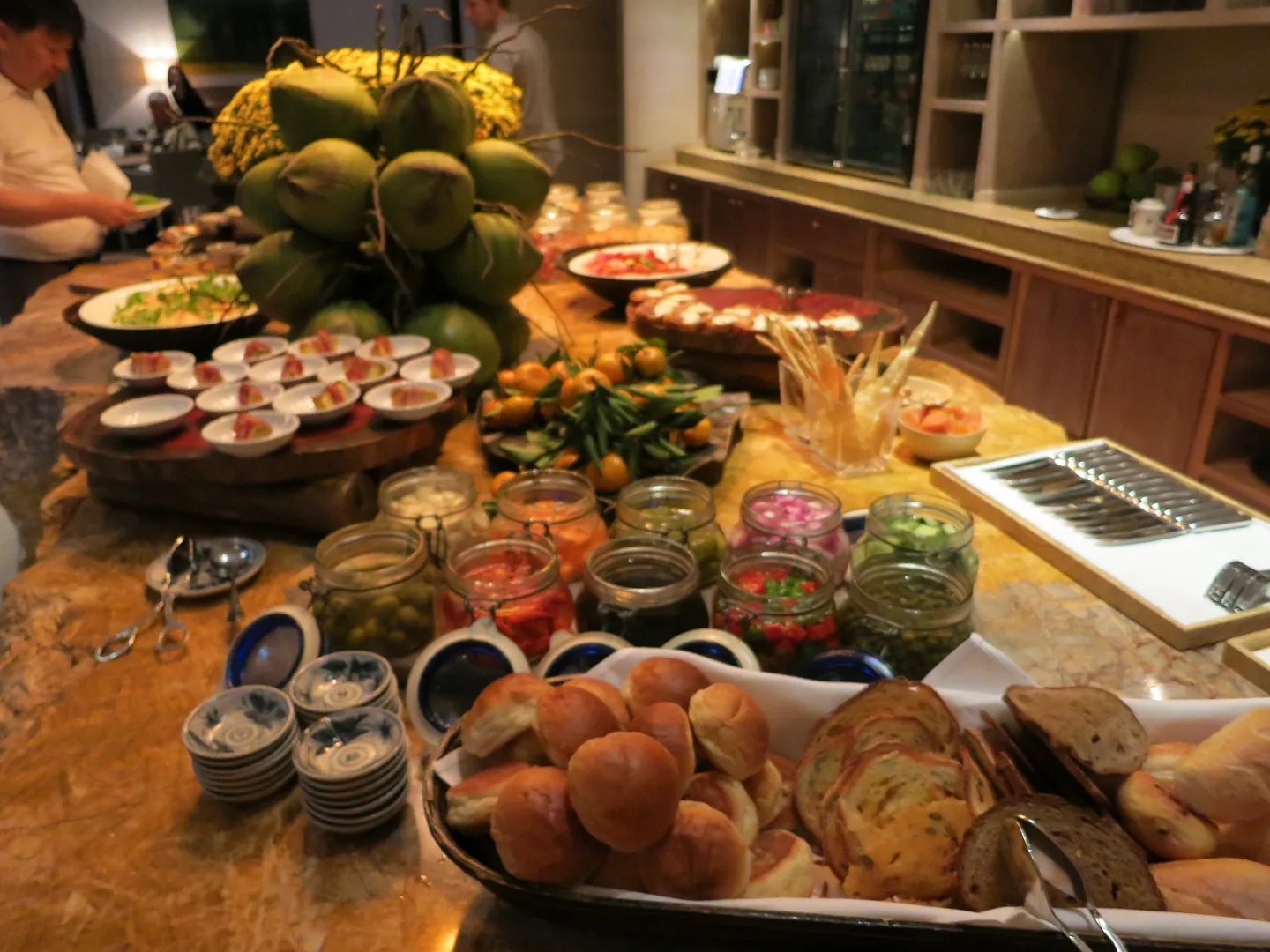 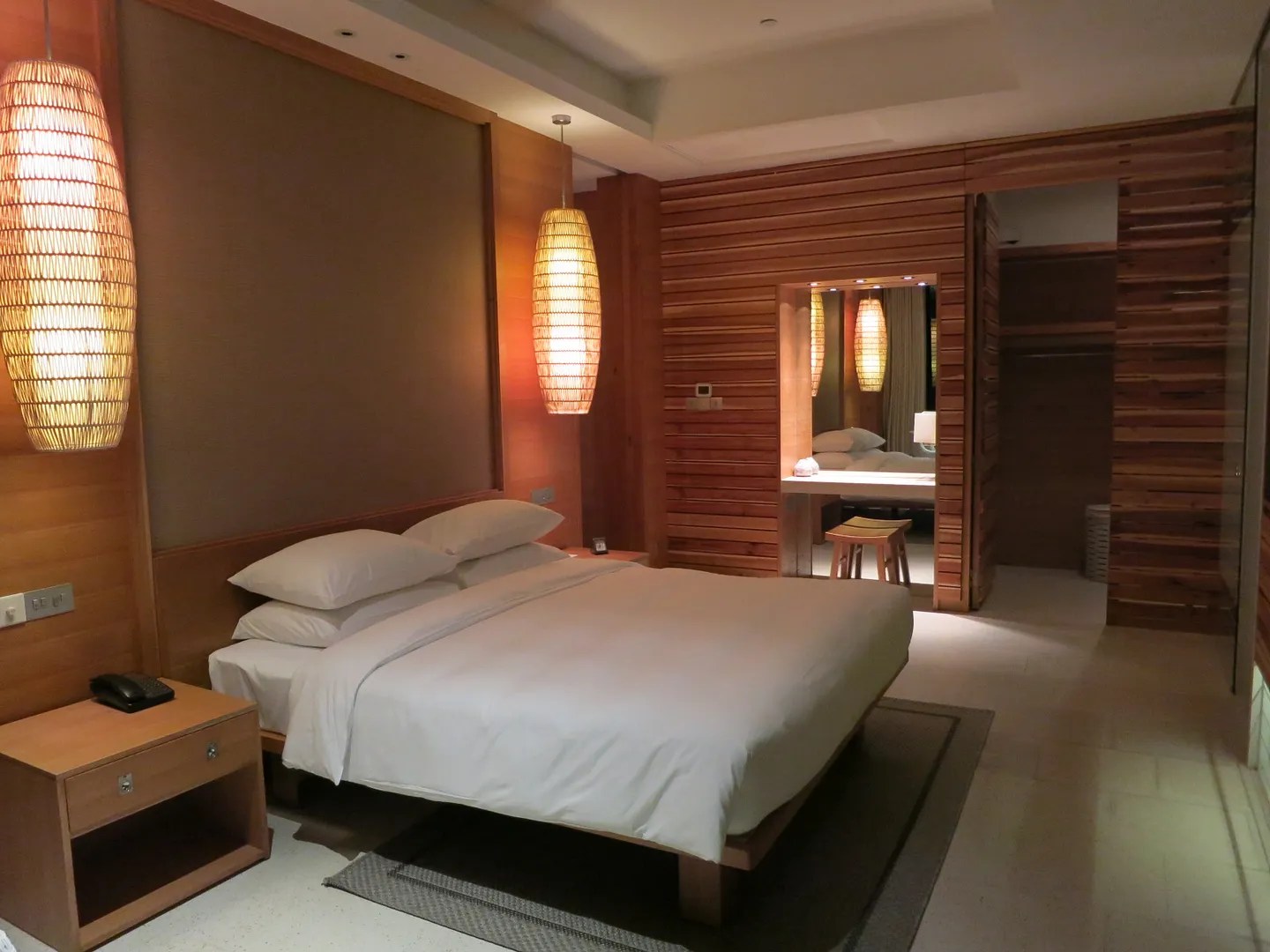 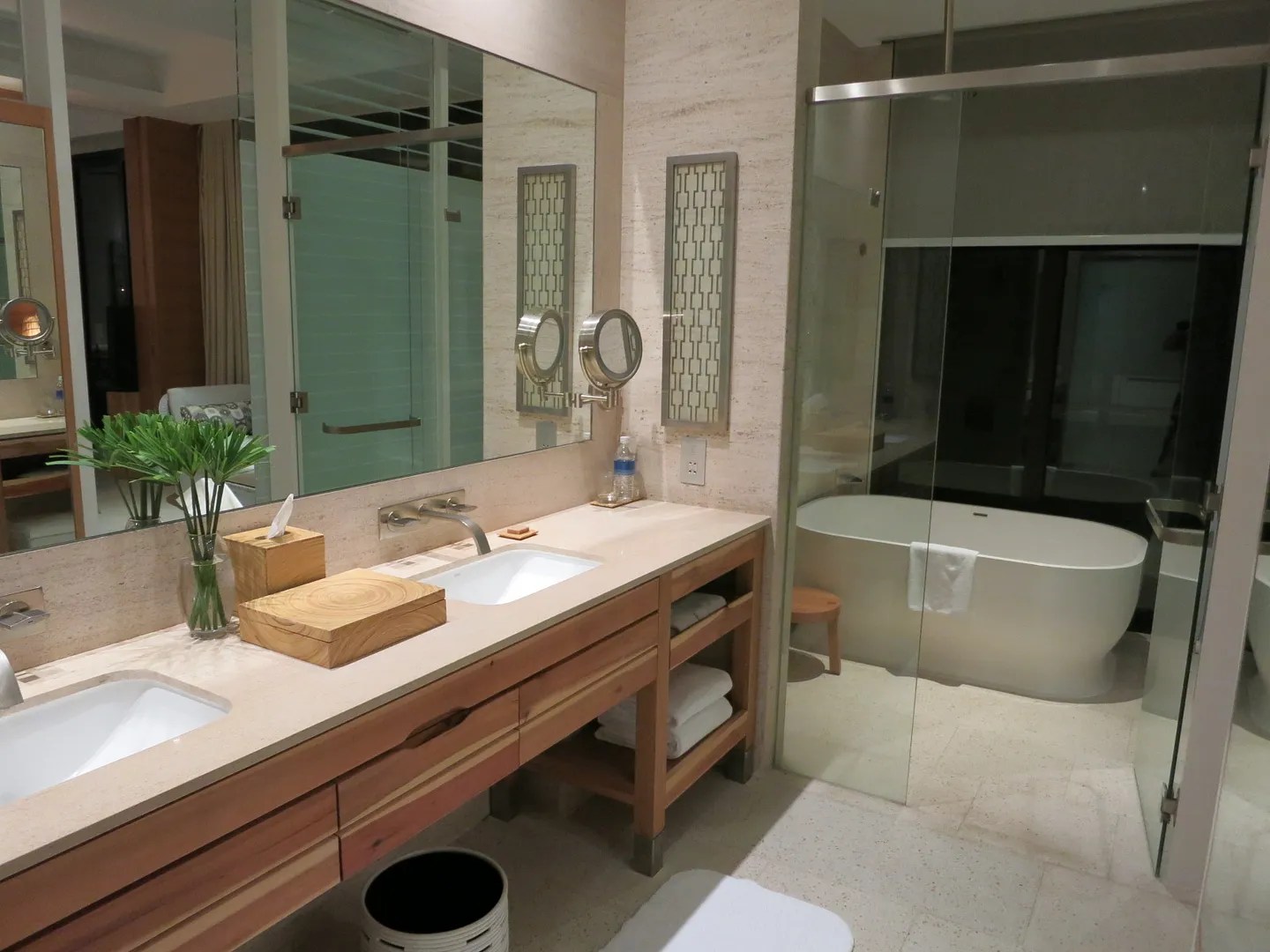 The Hyatt Regency Austin has unparalleled city views and good local fare at breakfast in the restaurant. 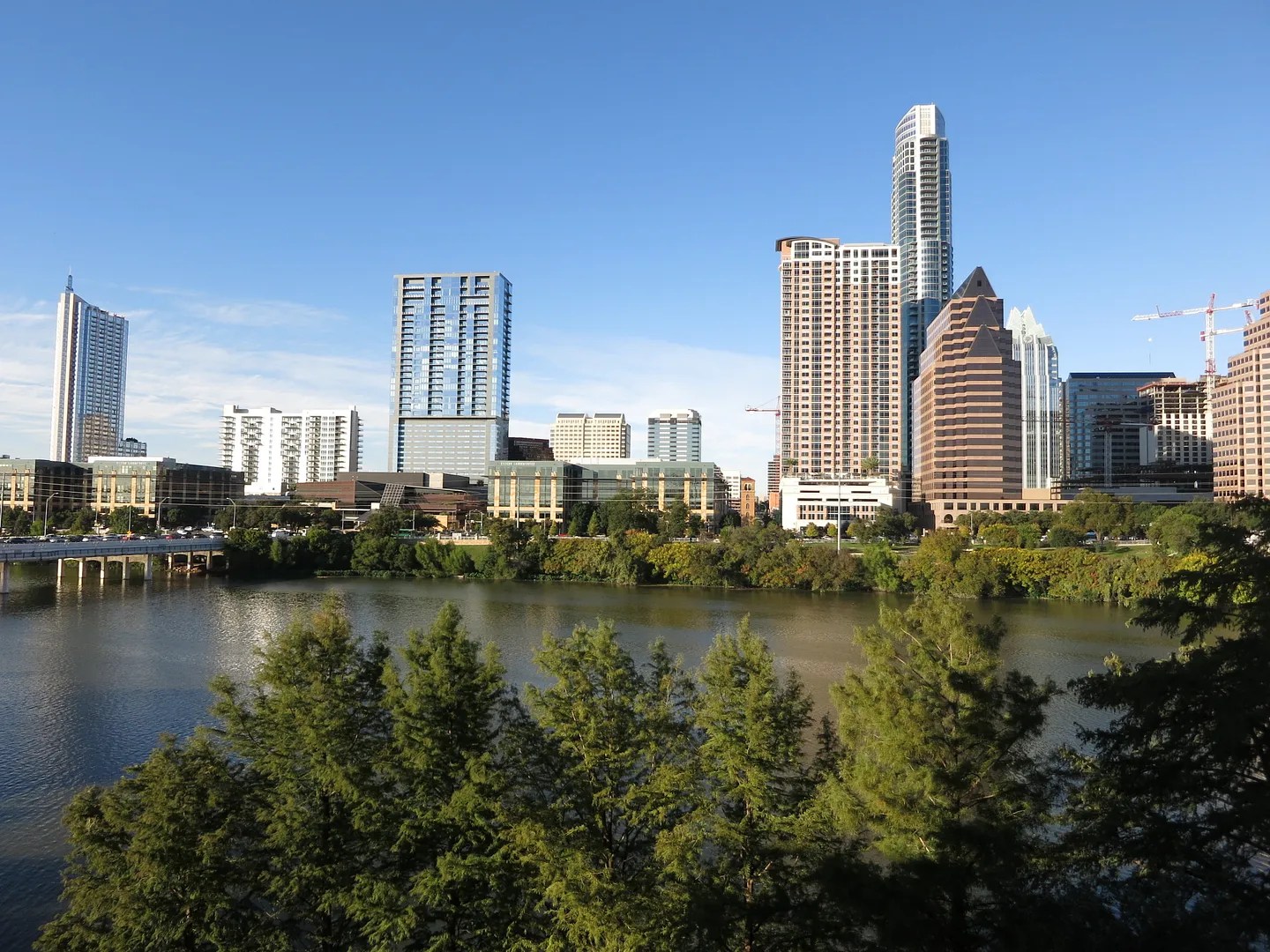 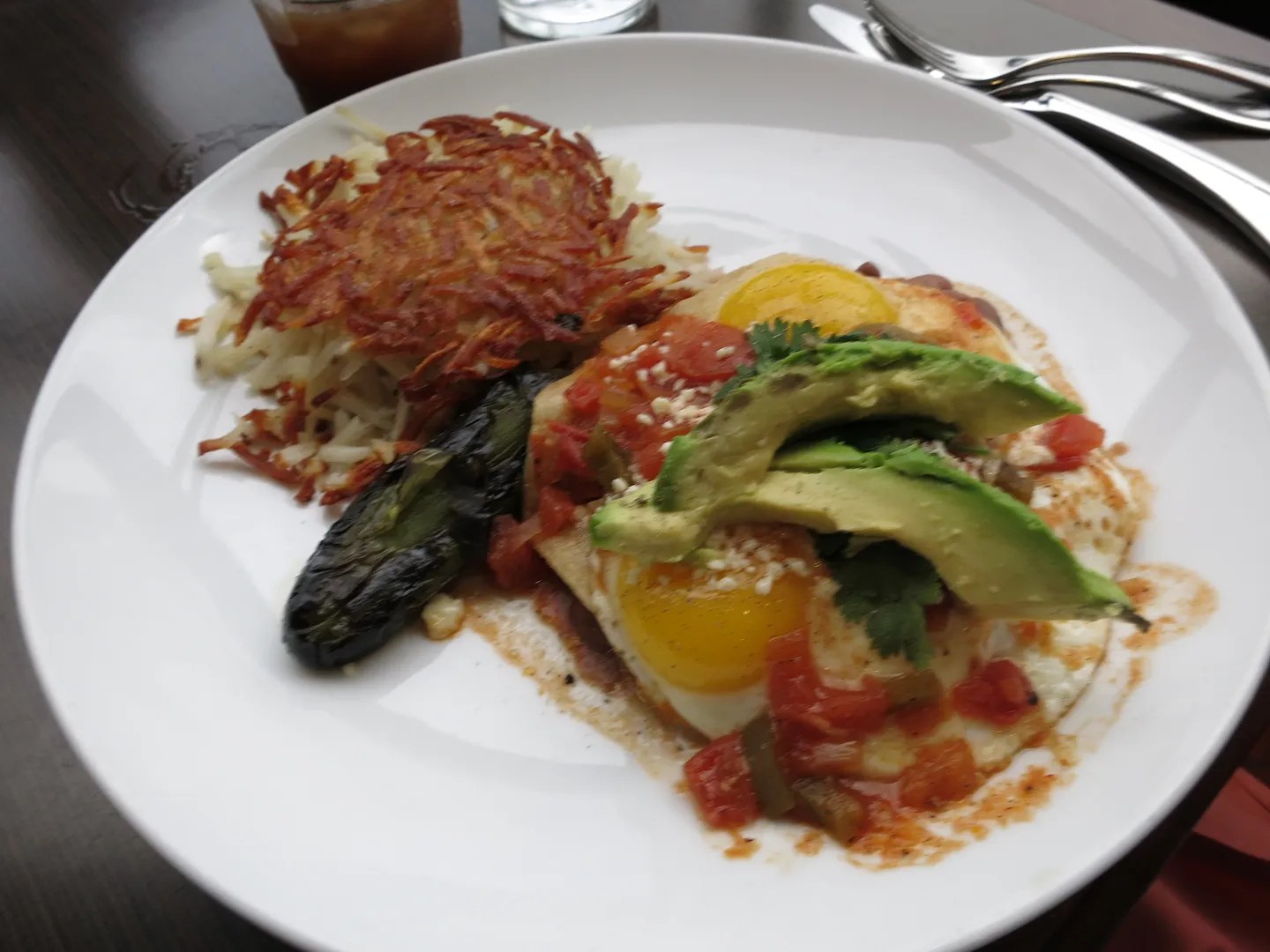 Meanwhile, though it has fabulous views, the physical plant of the Hyatt Regency Pier 66 in Fort Lauderdale is aging. It’s South Florida and I can’t get a decent glass of fresh orange juice at breakfast. Here’s someone sleeping in lobby: 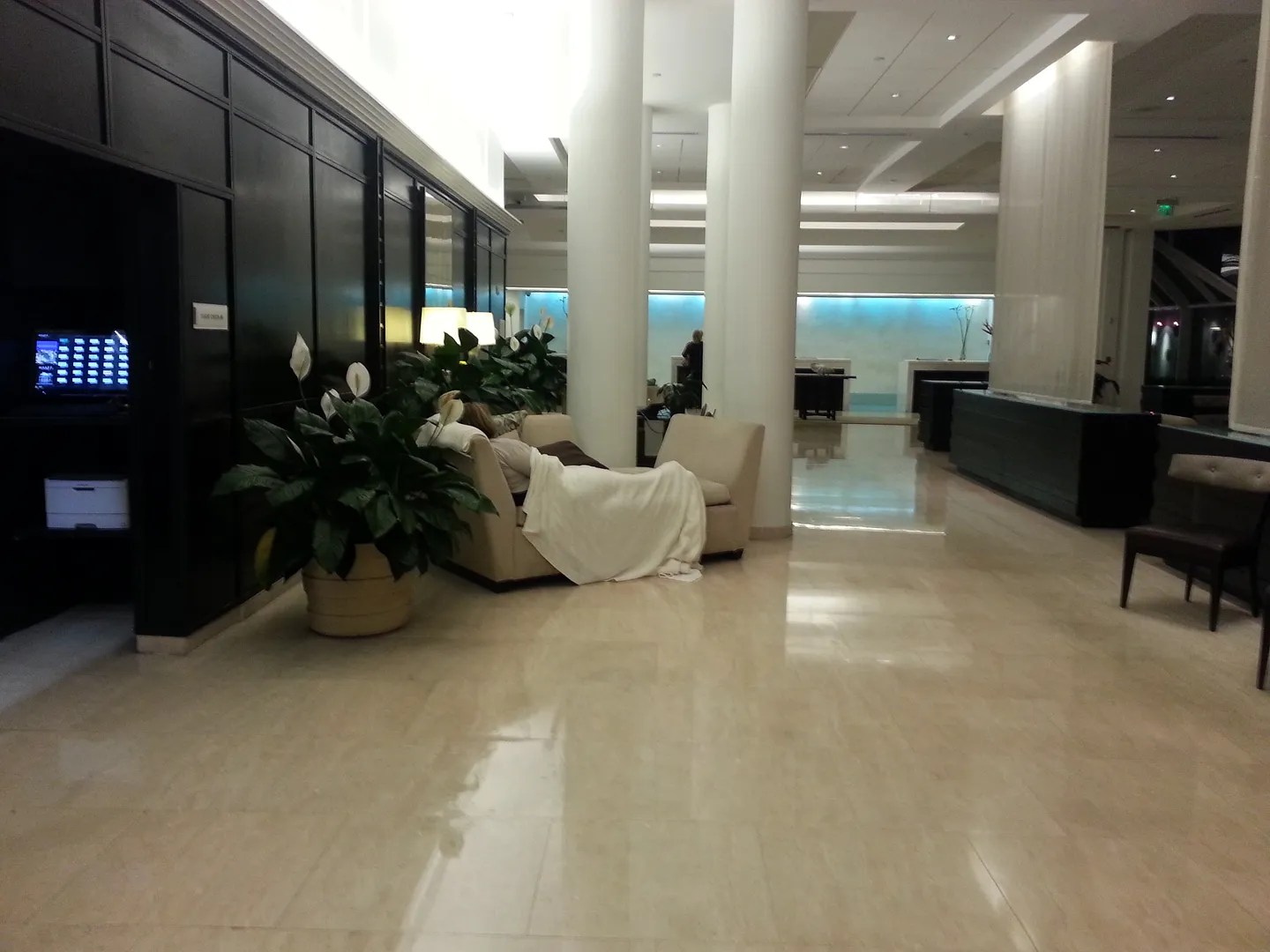 I’ve been there with the gym in disrepair. And one of my pet peeves is flavored water or juice towers in the lobby that are empty all day.

Evening club lounge offerings at the Hyatt Regency Baltimore: veggies, crackers, and cheese. (That really was it – everything – when I was there.) 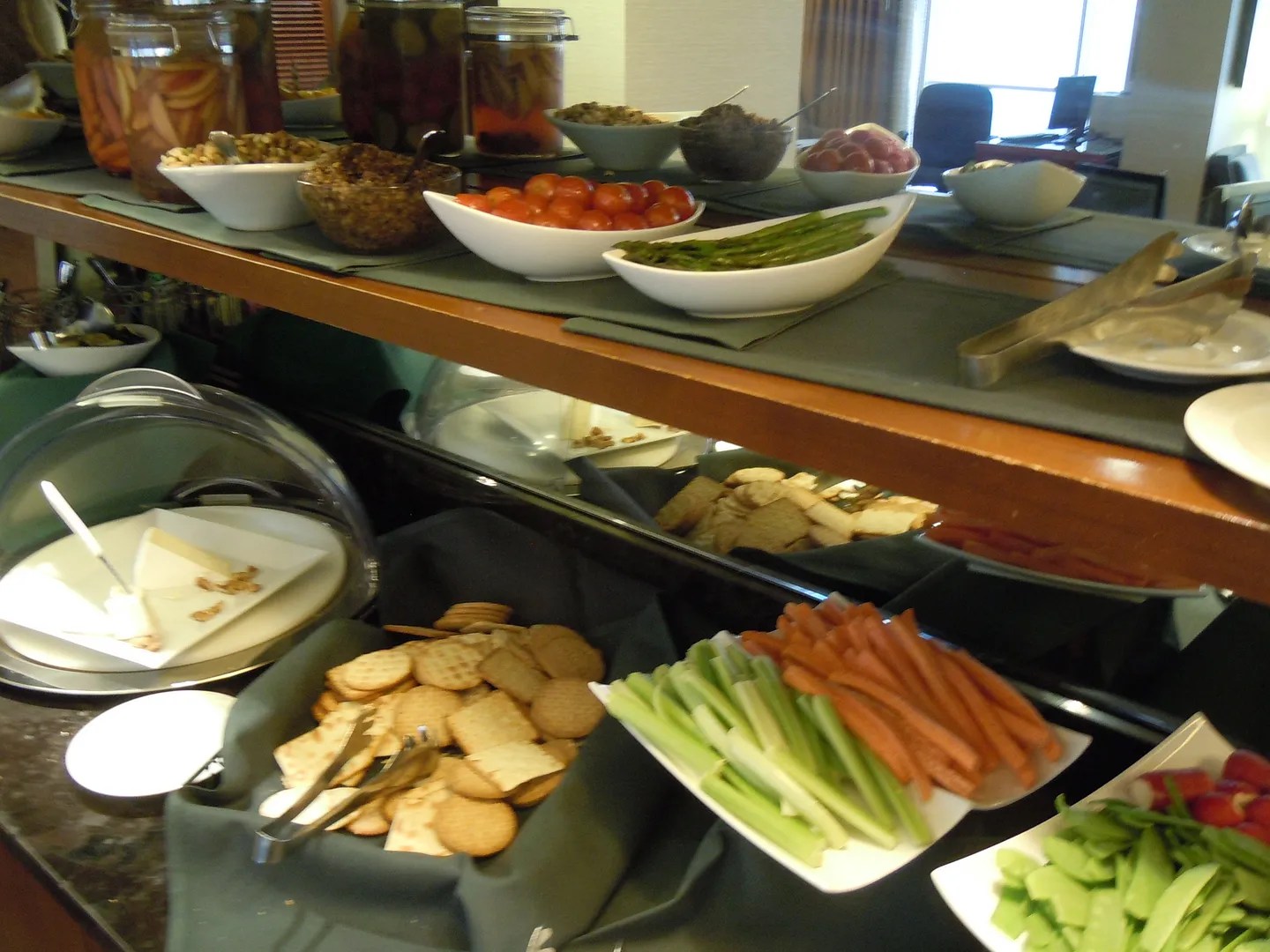 The Sheraton comparison, I think, is even more apt: because if the point of Hyatt’s campaign is to create a positive emotional association with the Hyatt Regency brand through imagery, I don’t think they do it as well as Sheraton’s effort a decade ago in their ‘Belong’ campaign.

When the fast food burger chain Checkers advertises the slogan “Ya Gotta Eat!” they’re saying, it seems, that you do need food and they serve something that technically constitutes food.

For me the reason to stay at Hyatt Regency is Gold Passport. That’s the strongest value proposition they have, their marketing engine, and yet it doesn’t get a mention.