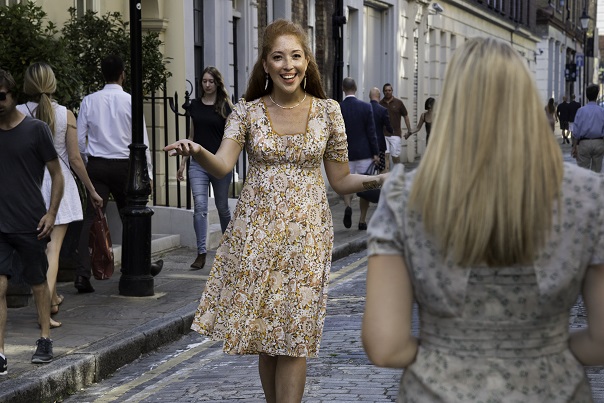 This Photograph Celebrated the Launch of Spire Elite Status

Existing IHG Rewards Club elite levels offered almost nothing: no promise of suites, or club lounge, or breakfast, or even late checkout.

The new level requires 75 nights or 75,000 points earned and still offers none of those things. It does, however, offer a 100% points bonus on paid stays and the ability to either take 25,000 bonus points or gift Platinum (now mid-tier) status to another member.

Historically the program has been very generous with points promotions towards free nights but not very generous with elite status. They have a lot of hotels, many limited service. But the lack of benefits even extending to guaranteed late checkout (and excluding upgrade benefits on award stays) has been pretty appalling.

Their new top tier status doesn’t do much to change that. But they’ve now sent out a new benefit: Hertz Five Star status. They’re sending out an email to Spire Elite members with a link to sign up for or upgrade their Hertz account status (HT: Jim N.):

That’s not a very rich benefit, or a unique one, but it’s a benefit.

A little over a year ago United and Hertz introduced a tie-up. Hertz and its other brands became United’s exclusive car rental partner. United Platinum and higher elites got Hertz Presidents Circle status. Silvers and Golds got Five Star status from Hertz.

Presidents Circle is the second-highest level in the Hertz program. It comes with a guaranteed one car class upgrade up to full size only and 25% bonus on points earned.

Five Star gets that one car class upgrade if available and a 10% bonus on points earned. Meh. Though as I’ve said many times, it’s like my grandfather’s saying “better than a hole in the head.” And it is.

IHG’s benefit isn’t as good as Delta’s or United’s (since the airlines give higher tier Hertz status to their top elites).

IHG’s tie-in with Hertz is broader than just elite status for Spire members. They have new point bonuses, for general members and more points for elites as well: I wouldn’t credit Hertz rentals to IHG Rewards Club, since these aren’t actually a lot of points, I consider an IHG Rewards Club point to be worth 6/10ths of a cent apiece. But more points are better than fewer and some people do credit their rentals to the program so they’ll benefit.