Starwood has released a list of hotels that will be going up and down in award category for 2015. Here’s a .pdf of the full list of changes. (.pdf)

Each hotel has a category assigned and that determines its price in points. The category is based on the expected average room rates the property will achieve in the coming year.

Award categories aren’t based on hotel quality, they’re based on the prices of its rooms.

It’s an annual process for Starwood, and their list is ‘near-final’ which is to say that occasionally there are changes not disclosed on the list (a hotel may appeal its categorization — it could want a lower category, encouraging more redemptions and incremental revenue, or the opposite .. and there could be amendments to a hotel’s projected room rates). Most of the changes happen through this process although sometimes during the course of the year a handful of hotels will be shifted and that won’t be disclosed systematically.

These changes go into effect March 10.

This is going to be bad news for US members who like to redeem their points domestically in urban centers. But on the whole strikes me as reasonable.

About 22% of hotels are changing categories, about half of which are going up and half going down. I do not notice any going up or down more than one category.

What Regions of the World Go Up, and Which Go Down?

This may actually tell us as much about geopolitical and economic events as about the value of our points.

Hotels going up are almost exclusively in North America. Of the 130 going up in category, it looks like 95 are in the United States, 2 are in Canada and 3 are in Mexico. Mexico otherwise stays stable, and far more Canadian properties drop in category than go up.

Hotels going down are in China, India, Europe, South America and Canada. 15 hotels in China drop in category and 13 in India. The euro crisis and Grexit are taking their toll with 8 German hotels dropping, 3 in Greece, and a fear of contagion forcing down redemption prices in at 5 Italian and 4 Spanish properties.

Canada, largely spared the harshest conditions of the Great Recession, sees 15 of their hotels drop in category. While 22 drop in the US (with 95 increasing).

7 hotels go down in category in Argentina, Brazil, and Chile

What are Some Major Properties Getting More Expensive?

Notable among those increasing in price:

View from the Westin Seattle 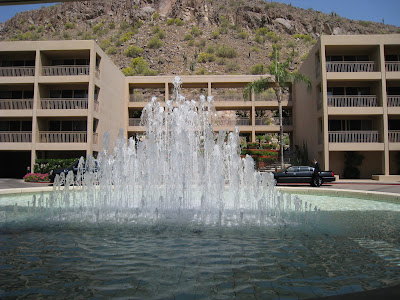 Pool at the Westin Austin