Full [Flagship Lounge] rumored to be returning to DFW D [terminal]. With temp[orary Flagship Lounge] (very limited in scope) to open imminently (in that closed smoking room, if I understand correctly.)

I think for sure we’ll be seeing more improvements and upgrades in lounges and lounge food in particular in coming months. I sense a big focus in this area developing…

American’s Flagship Lounges are their first class lounges. They are in: 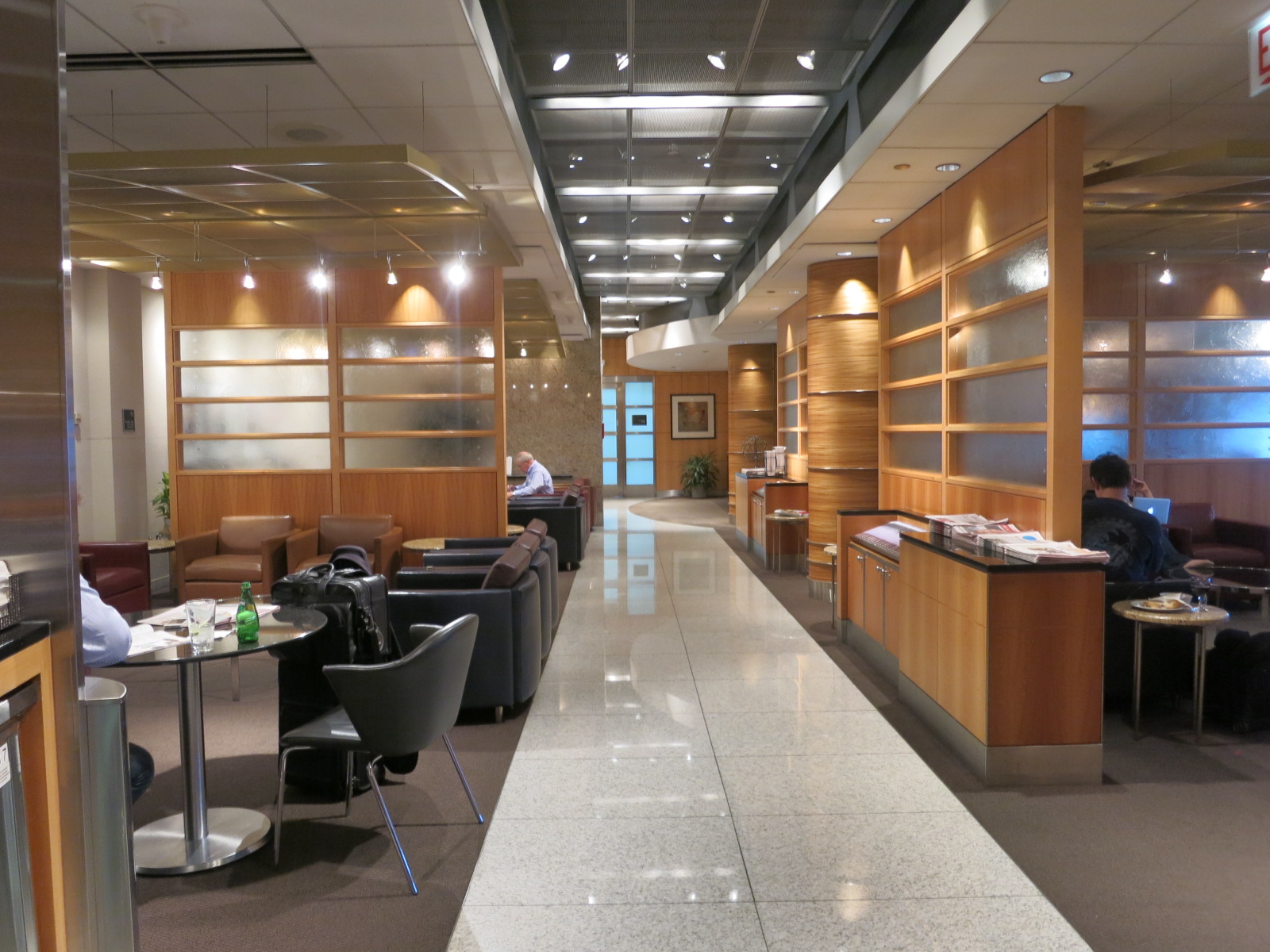 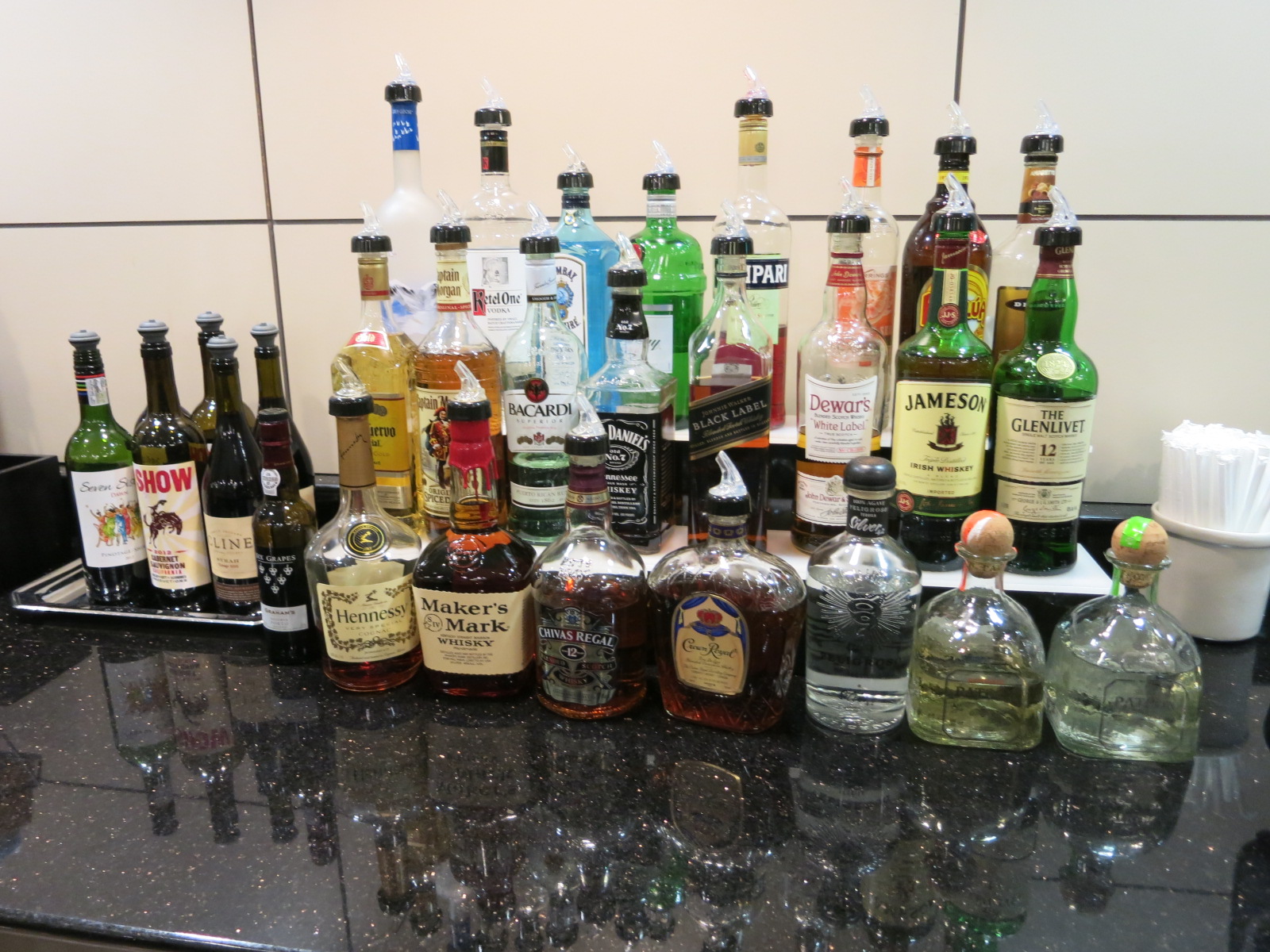 Dallas used to have a first class lounge in the A terminal. It’s still there inside the Admirals Club, a separate room, that seemingly no one ever uses. It’s where I always go in the A terminal — you take the elevator up into the club and instead of walking straight ahead past the desk of agents, you turn around 180 degrees and the room is behind you, it has its own bathrooms and it’s quiet.

Once the D terminal opened as the international terminal in 2005, there was no more need for a first class lounge in A. And American opened its Admirals Club in DC but without a Flagship Lounge.

American Has Moved Away from an International First Class Strategy

In recent times American has been moving away from international first class. Once its Boeing 777-200s are done getting reconfigured with new business class seats they won’t have a first class any longer. And the only planes left with international first class will be Boeing 777-300ER aircraft, most of which fly to London although there are departures from Dallas with the aircraft as well. (American’s A321T transcon Los Angeles and San Francisco – New York JFK have a first class, but those don’t visit Dallas.)

Why a First Class Lounge Now?

If this rumor is correct, it would signal a commitment to premium service on the part of American. They’ve worked hard to demonstrate product investment. They’ve fought an uphill battle, given management’s reputation coming from US Airways and the initial deep cuts in meal service imposed in September (that they’ve slightly walked back from).

The D terminal is home to the Dallas American Express Centurion lounge, so there’s some competitive pressure.

American is newly investing in its lounges.

And the DFW airport has been looking to bring a premium experience lounge to the D terminal. The plan was to consolidate the independent lounges hosting several carriers in the terminal, build a new premium lounge, and even co-brand with a hotel possibly to run it. The most recent action taken, that I can see from the airport website, is increasing the contract ceiling for consulting services to the firm advising them on the project back in March (from $1.2 million to $1.24 million, having at that point spent $1.138mm).

American was vehemently opposed to the airport authority’s leasing space to American Express for its Centurion lounge, arguing against premium competition by suggesting that their lounges weren’t full so there was ‘no need’ for more lounges. Perhaps American has gotten out ahead of the airport authority’s plan for a new premium lounge by agreeing to operate one of its own in the terminal.