Zodiac Aerospace created what for a long time was the best business class seat in the world, the Cirrus seat which was a reverse herringbone fully flat bed with direct aisle access. Airlines from US Airways to Cathay Pacific, American (on the 777-300ER), EVA Air and Air France made great use of the product. 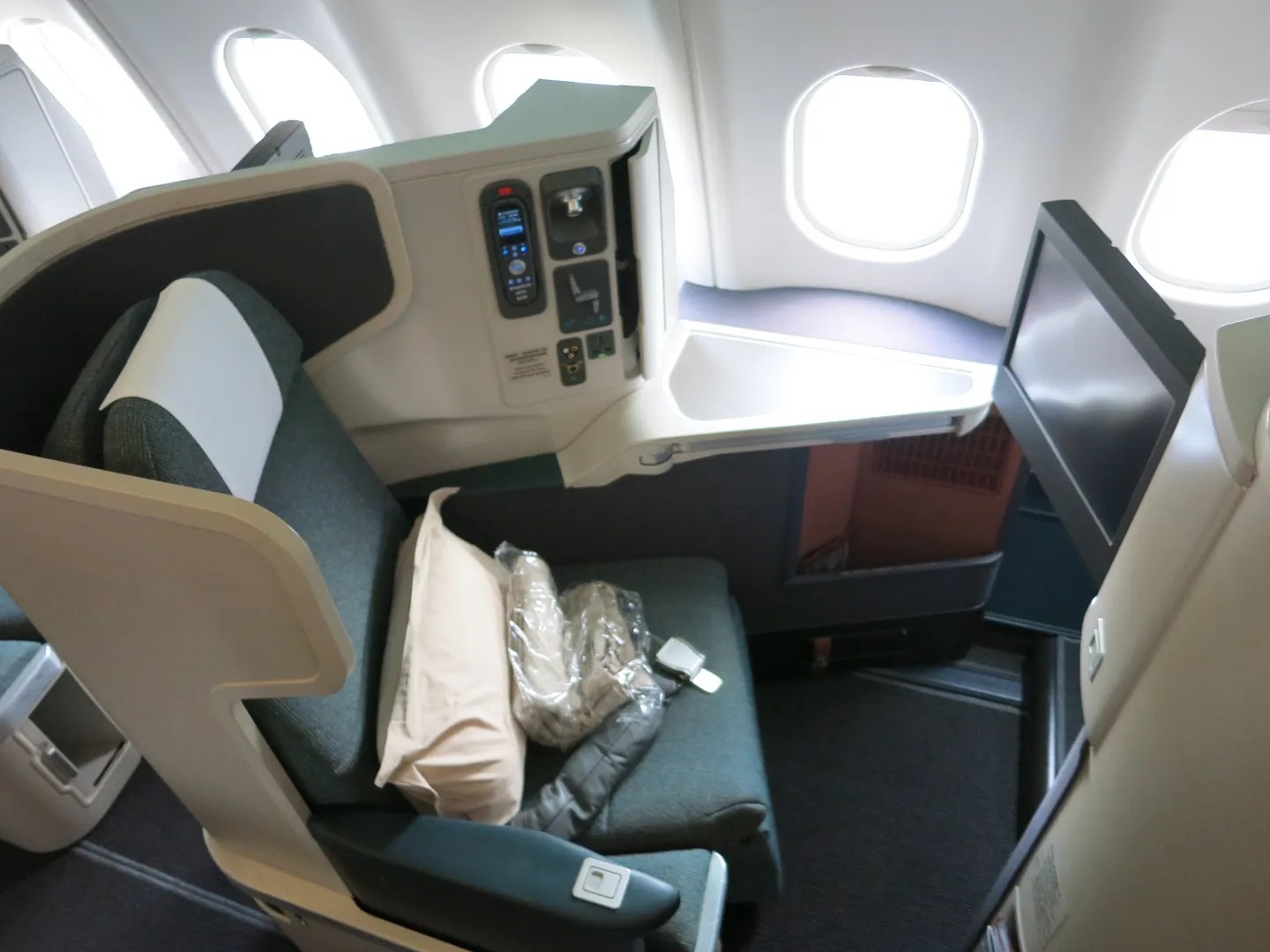 The seat maker’s biggest challenge in recent years has been delivering product on time. They blew it with American, lost their contract and were even sued over delays. They fell behind delivering seats for United Polaris, despite earlier assurances that what had happened elsewhere wouldn’t happen to United because of a dedicated product line.

And other seat makers have been delivering quality products. The suites with doors on Delta’s Airbus A350s will be Thompson Vantage XL seats. Virgin Australia uses B/E Aerospace’s Super Diamond seat. So does American now on their 787-9 aircraft and on some Boeing 777-200s. This can be a better seat than Zodiac’s Cirrus product although American blew it by failing to include privacy dividers between their middle seats. Qatar’s new QSuite is probably the best business class product in the world.

Meanwhile Singapore Airlines has a unique business class seat that’s fantastic as a bed, less good for lounging, and that some people complain about having to angle their legs (I recommend bulkhead seats to avoid this issue). Against that backdrop John Walton talked to Zodiac’s Vice President for Product Strategy about their new Cirrus NG seat.

The seat provides more passenger space than the original version: 15% more ottoman space and 8% more bed space. NG includes an option for a “reversed angle Cirrus Seat” so that the center seats face outwards for more privacy rather than towards each other for passengers traveling together.

It also features two new seating positions, “a ‘body-neutral’ relax position and a ‘meridian sofa’ position.” It has a 15% larger tray table that “folds down and extends from the seatback.”

It’s an evolution on their excellent top end seat, but not a revolution, and they do not appear to be offering a version with doors like Qatar now has and Delta will be introducing.