For New Year’s Eve I went to a Doctuh Mistum theater production of Debbie Does Dallas .. the musical. No sex scenes, they break into song instead. So there was that.

In Austin fireworks were at 10 pm. They called it “family friendly” fireworks, instead of shooting them off at midnight.

At midnight we went to see Sylvan Esso at Lambert’s Downtown Barbecue.

Now, as regular blog readers are aware, of one of the most culturally illiterate people on the planet. After all, I had no idea who Blac Chyna is (and she’s dating a Kardashian!).

But I knew all about Sylvan Esso, because American Airlines.

For the past year American has had frequently updated playlists of Indie musicians for both its boarding and arrival music.

United has Rhapsody in Blue. Etihad has some of the best music to work to. (Although I find that Marvin Gaye makes me super productive, myself..).

And American has indie music that’s both way too hip for me, and makes me more culturally literate (when I pay attention).

Here are some of the ~ 50 new CDs added this month: 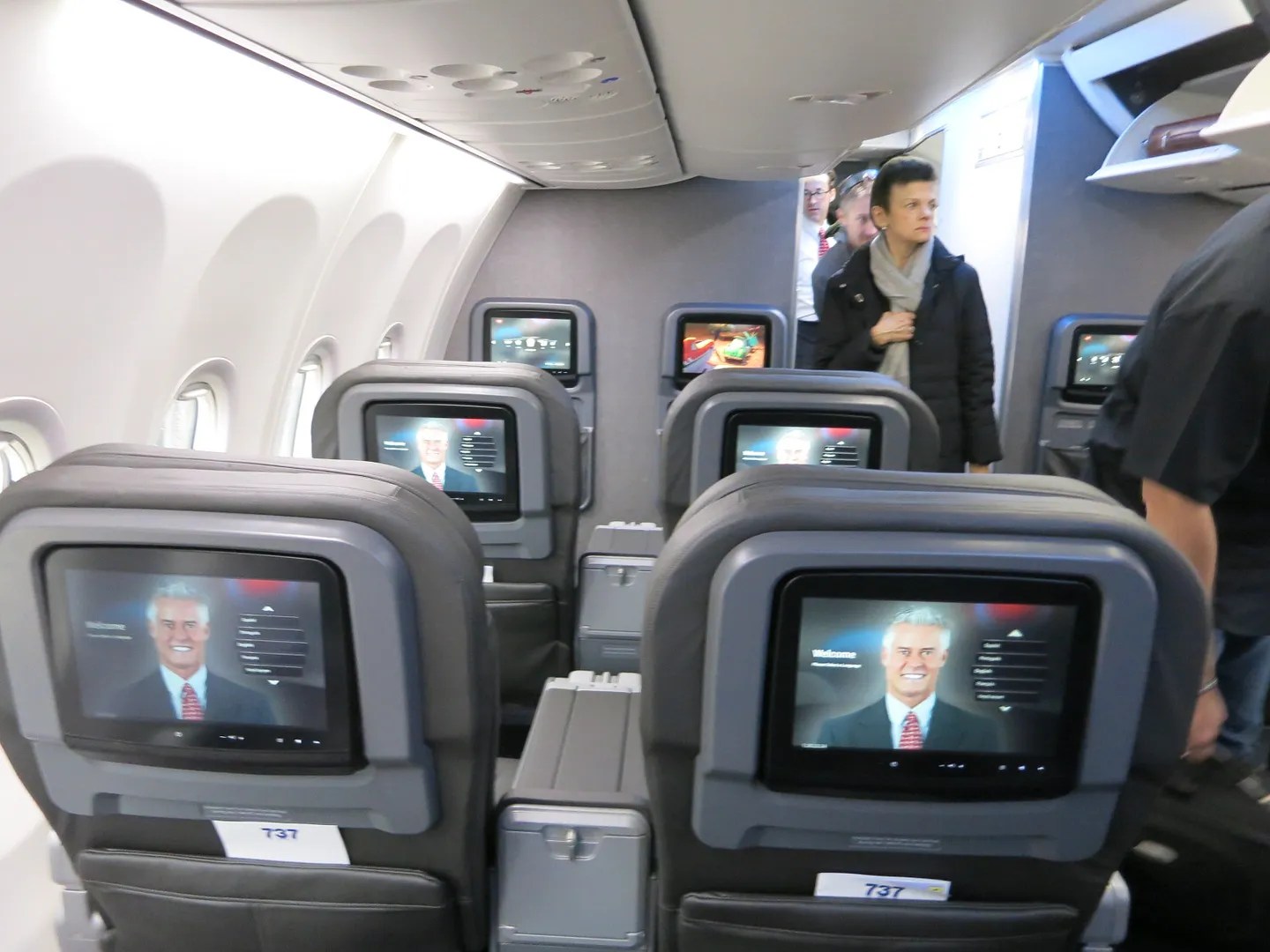 There’s over 130 domestic aircraft with seat-back entertainment. That’s legacy American Airlines Airbus A319s and A321s (and the legacy US Airways A319s that have been reconfigured) as well as the newest Boeing 737s.

In 2012 I relayed CEO Doug Parker’s comments on inflight entertainment,

He also noted that putting movies on airplanes makes no sense anymore, since everyone has their own entertainment. He could see streaming it to individuals’ players, but not installing equipment at each seat.

So I find it really interesting that American is investing here. I have my own device. And I bring my own entertainment. So I don’t value seatback entertainment. Streaming video, which lets customers access content via their own devices, I get.

But I know that a lot of people really do value entertainment on demand. With fuel prices low the cost of carrying these heavy devices isn’t as high.

Passengers do get a better experience. And I get cultural literacy. At some level I feel more plugged in by flying American, which I suppose says more about me than it does about them.