JetBlue had a passenger choose to urinate at their seat. So did an Air India passenger. Now that it’s happened a third time in eight months this is officially a thing.

On Saturday night’s later of two San Francisco – Charlotte redeyes, American Airlines flight AA1944, a passenger urinated on the floor of the aircraft.

The passenger, Jordan Gardner of Ludlow, Kentucky, reportedly pulled his pants down, arched his back, and then went to town. His seat opponent called over a flight attendant who saw him “pulling up his pants.” The flight attendant sent him to the bathroom. After 15 minutes the flight attendant came knocking on the lavatory door. Eventually the door was opened and the passenger was found lying on the floor of the lav. I argue you shouldn’t even go into the lavatory without shoes. Legacy US Airways Airbus A321 Economy — Right Next to the Lavatory

The flight was on an Airbus A321. Even on American’s Boeing 787 there’s not much space to curl up on the floor: 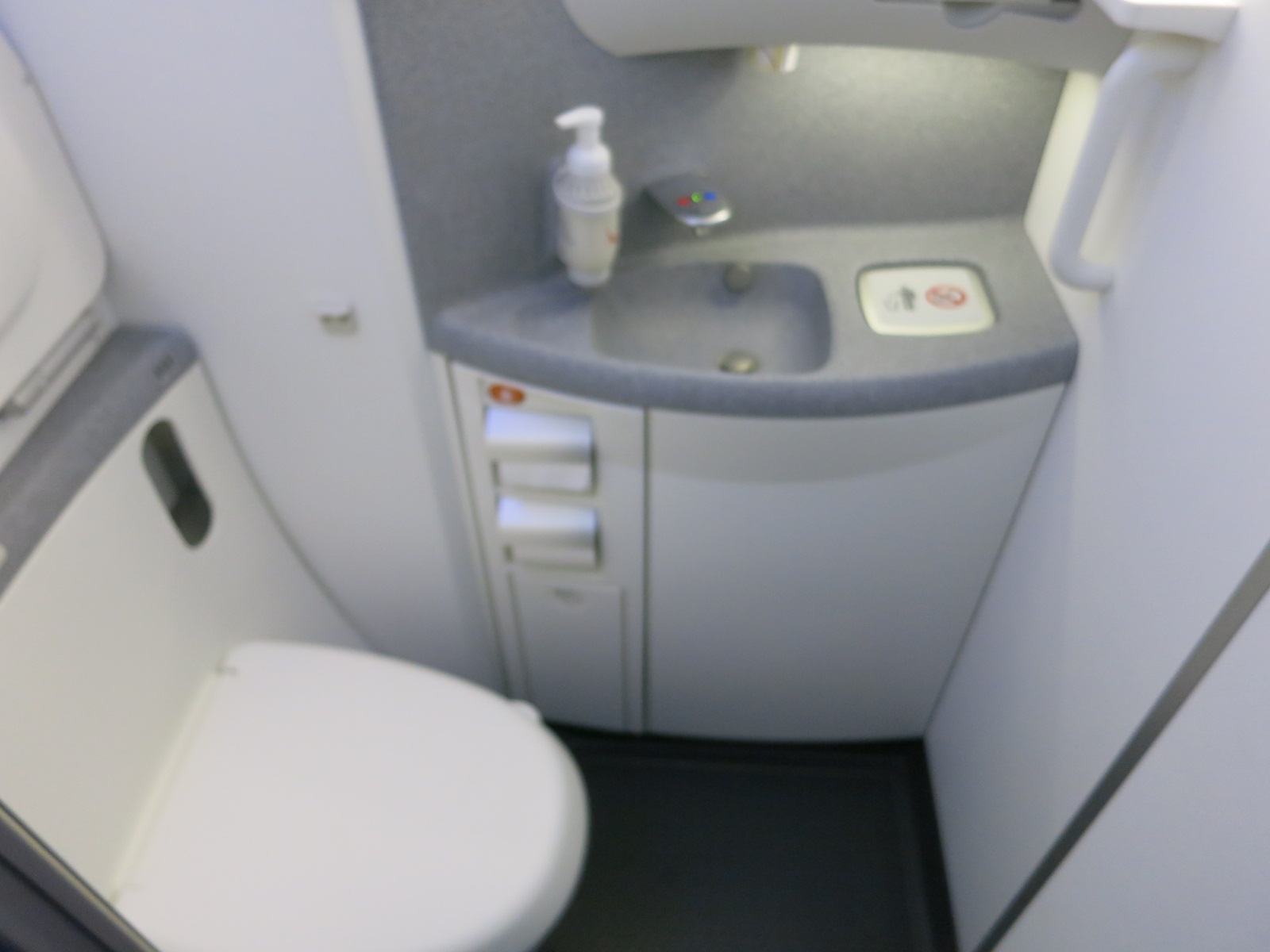 Nonetheless, the passenger claimed he wasn’t drunk — he was just chewing gum.

Police reported they could still smell alcohol on his breath 11 hours after the flight took off.

Gardner told them the smell “may have been caused by the gum he was chewing,” according to the report.

The man, whose criminal history includes ‘charges and arrests’ for “battery, trespassing, auto theft, passing bad checks, being under the influence and vandalism,” is being charged with criminal destruction of aircraft and is being detained pending a court hearing on Thursday.

The flight attendant should be saluted, going to lengths usually only seen on Asian carriers. They “tried to clean the urine with club soda,” but that didn’t eliminate the smell.

Ultimately, whatever happens, if you’ve got to go you go to the lavatory, even when the seat belt sign is on. If you’re a coach passenger, you use the first class lavatory. Or you hold it. Your seat is not an option.