American AAdvantage has two co-brand credit card issuing partners for consumers in the U.S., Citibank and Barclays. Spend on each bank’s premium card lets you earn elite qualifying miles towards status ($40,000 for 10,000 qualifying miles on the Citi Executive card, 5000 qualifying miles at each of $20,000 and $40,000 spend on the Barclays Aviator Silver). 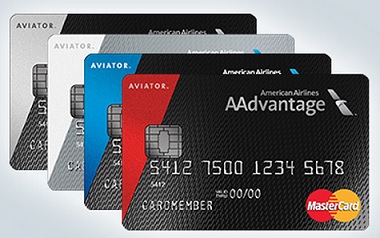 An American spokesperson suggests that Red cardmembers haven’t been using the benefit, though of course it’s only a limited segment of credit card customers who are chasing status, a limited segment of those spending heavily on the co-brand card issued by one of their two bank partners, and an even smaller subset for whom credit card elite qualifying dollars make the difference in whether or not they reach their elite tier.

Some Customers Get to Keep the Benefit Another Year, Others Get Taken For an Annual Fee

For 2019 the benefit is being eliminated entirely except for Aviator Silver cardholders who will 3000 elite qualifying dollars after $50,000 spend (instead of earning 6000).

Anyone who signed up for an Aviator Red Mastercard, or upgraded to an Aviator Silver, between January 1 and October 31, 2018 will keep the pre-existing elite qualifying dollars benefit for 2019, and their benefit will change January 1, 2020.

Change Reduces the Incentive to Spend on AAdvantage Cards

Airline credit cards aren’t the most rewarding for customer spend — by a long stretch. The only real value they offer compared to bank-issued cards that earn points faster and let you transfer those points to a variety of different airlines is the help they can give you earning elite status.

Barclays offers the Aviator Red card to new customers, and then allows upgrade to Aviator Silver. The Aviator Silver product has created phenomenal incentives for incremental spend for an AAdvantage elite customer:

I Expect to See More Program Changes and Card Changes

This past summer Citi launched new benefits for their AAdvantage co-brands, this change is a reduction in value from Barclays, so I still anticipate new benefits to come from them as well. American confirms that “[n]ew cardmember benefits will be announced in 2019.”

And with United copying Delta’s move to increase qualifying requirements for status it’s hard to imagine American not copying by increasing the spend requirement for elite status.

American’s move to restrict earning qualifying dollars from credit card spend suggests a move in this direction as well. They’d almost certainly be expected to announce other program changes at the same time, and I’ve heard that at least some should be positive. However there’s only a limited amount of time left in 2018 for them to announce such a thing for next year.