In the fall Delta will provide first class upgrades and extra legroom seating based on the higher passenger status rather than the lower status when two passengers are traveling together on the same reservation.

This is still a reduction in benefits for elites — who used to get extra legroom seating for themselves and up to 8 companions on a reservation. It’s now restricted to just one.

But instead of making Diamond and Platinum members wait for check-in to get extra legroom seats (if any are left) when traveling with a companion, the companion will no longer ‘drag down’ the elite. Instead the elite will ‘pull up’ the companion. 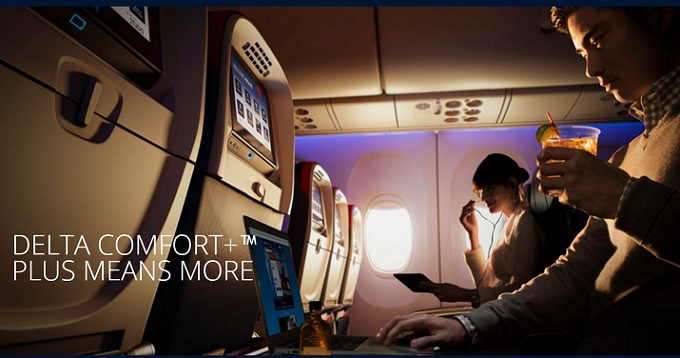 Here’s Delta’s explanation of the change,

So, we’re investing in making things better. Starting this fall, Medallion members traveling with one companion will clear for Complimentary Upgrades to both First Class and Delta Comfort+™ based on the status of the higher-tiered member. Diamond and Silver traveling together? Your upgrade will clear at the Diamond level, when available.

It’s one of the many ways we’re striving to offer the best elite travel experience for our most loyal members. Be on the lookout for more details and the official start date for these changes that will be announced this summer.

This doesn’t fix the problem of ‘upgrading’ elites out of, say, an exit row aisle seat into a middle seat in “Comfort+” but it does fix the issue of telling elite customers that they only matter when they are traveling on their own (likely for business) and not when they are traveling with family (when being treated well sometimes matters more). Now if only they’d stop taking away elite benefits on the cheapest fares they sell…

Not everyone will like the change. Gold and Platinum members who don’t travel with a companion will see Diamond companions jump ahead of them. That seems reasonable to me, and it’s how things work at American and United. There will be SkyMiles members who don’t win out of this change, though I view it as a strong net positive.

Coupled with an improvement in elite upgrade priority, treating loyalty over the course of a year above spending on a single trip for prioritizing upgrades, Delta does seem to be making efforts to finally recognize their top elites who meet minimum spend requirements (or spend $25,000 on co-brand credit cards).

These improvements plus being ahead of the pack committing to real high speed internet inflight, combined with real cutbacks at American and United, almost tempt me to fly Delta if I’m willing to write off earning a meaningful loyalty currency in the process, since two thirds of miles are earned for things other than flying anyway.

One challenge of course is that Comfort+ is on the way towards becoming the upgrade with Delta expecting to monetize 70% of domestic first class seats by 2018. 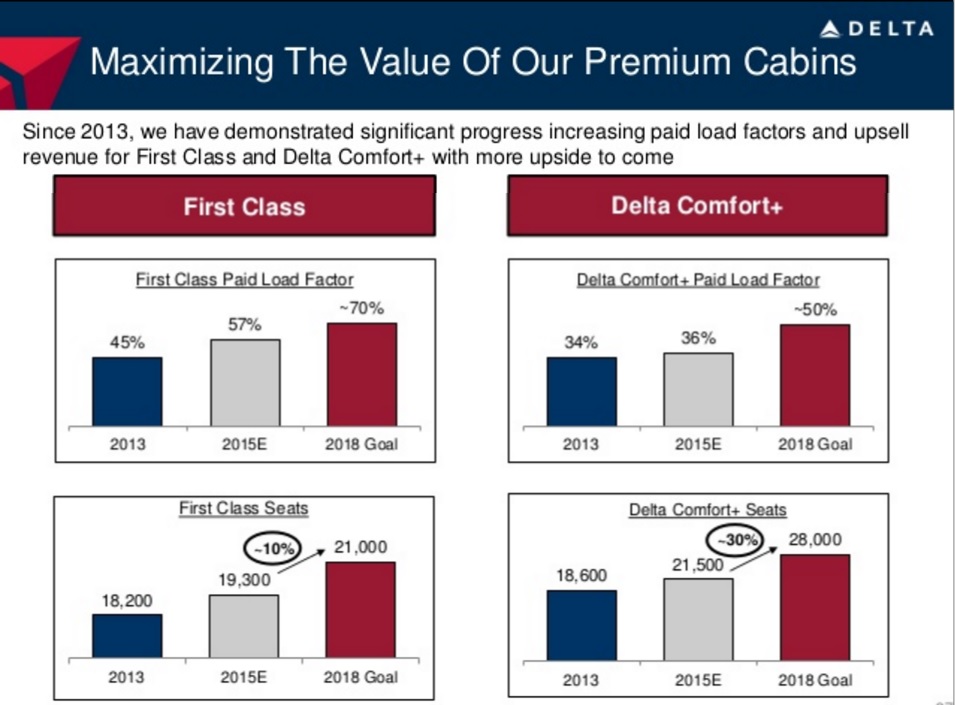