Their on-board product, especially (but not exclusively) the hard product is really good. 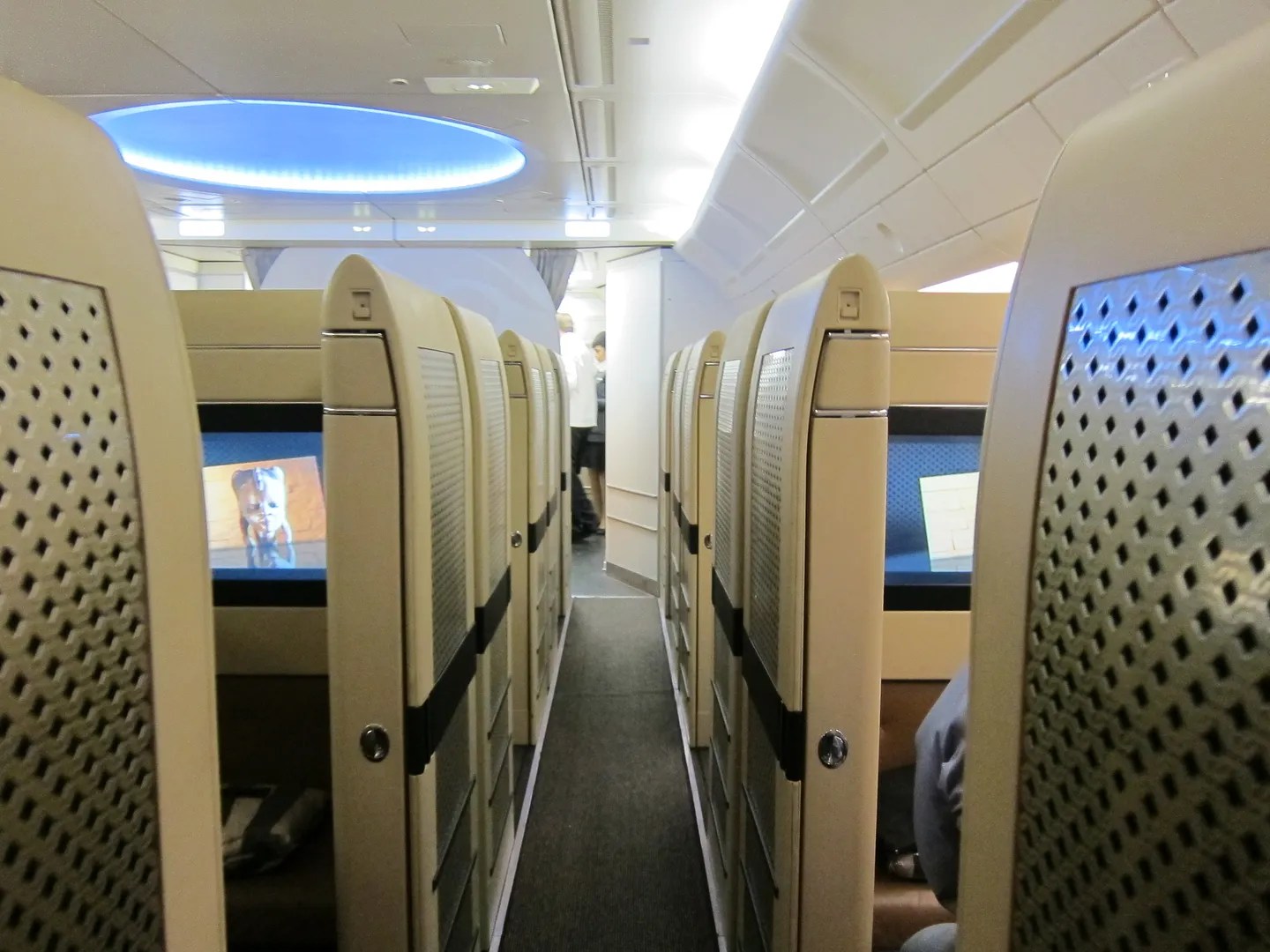 In my experience they do have some operational challenges, though for the most part I find that they ‘work’ if you build in an expectation that things take 30 minutes longer than they should.

What Cranky Flier shows is that their on time departure performance for flights leaving Abu Dhabi for the US is awful.

In my experience Etihad flight times are padded, and they’re still frequently a little late.

Some of that has to do with the US pre-clearance facility in Abu Dhabi, even the extra security screening prior to preclearance was a major factor, but that their operations generally (and not just US flights) run a little behind.

On flights to the US you clear immigration in Abu Dhabi before boarding your flight. US airlines hated this because they saw it as an advantage for Etihad, the only airline flying between Abu Dhabi and the US. Passengers arriving in the U.S. do so (in most cases, when the facility is open) as though they were just off a domestic flight. In theory that’s great for those without Global Entry, and airports without immigration kiosks although not really a help for frequent international travelers prepared to speed through immigration in one of these ways.

The reason the US offered preclearance there is two-fold: it’s virtually costless, since the UAE picked up the tab, and that allows people to be stopped from entering the US by immigration prior to even boarding an aircraft, rather than once they’ve arrived on US soil. (Etihad still has to run passengers against US ‘no fly’ lists but this allows passengers not on that list to be questioned.)

Even before preclearance the security situation in Abu Dhabi for US-bound flights is onerous. You clear security once going through departure immigration formalities, and then clear security again on the way to US flights. The US screening lines can be quite long, even in premium lanes, as staff take a fine tooth comb through carry on bags. In my case I had my laptop bag completely unpacked and repacked. Slowly.

Etihad’s performance issues don’t just affect US-bound flights. In my experience their operation is perenially delayed but just a little and flights are often late-arriving but not by very much.

One reason is that the Abu Dhabi airport simply cannot handle the volume of traffic it sees. Most of my flights arrive at a remote stand, where I get bused to the terminal. 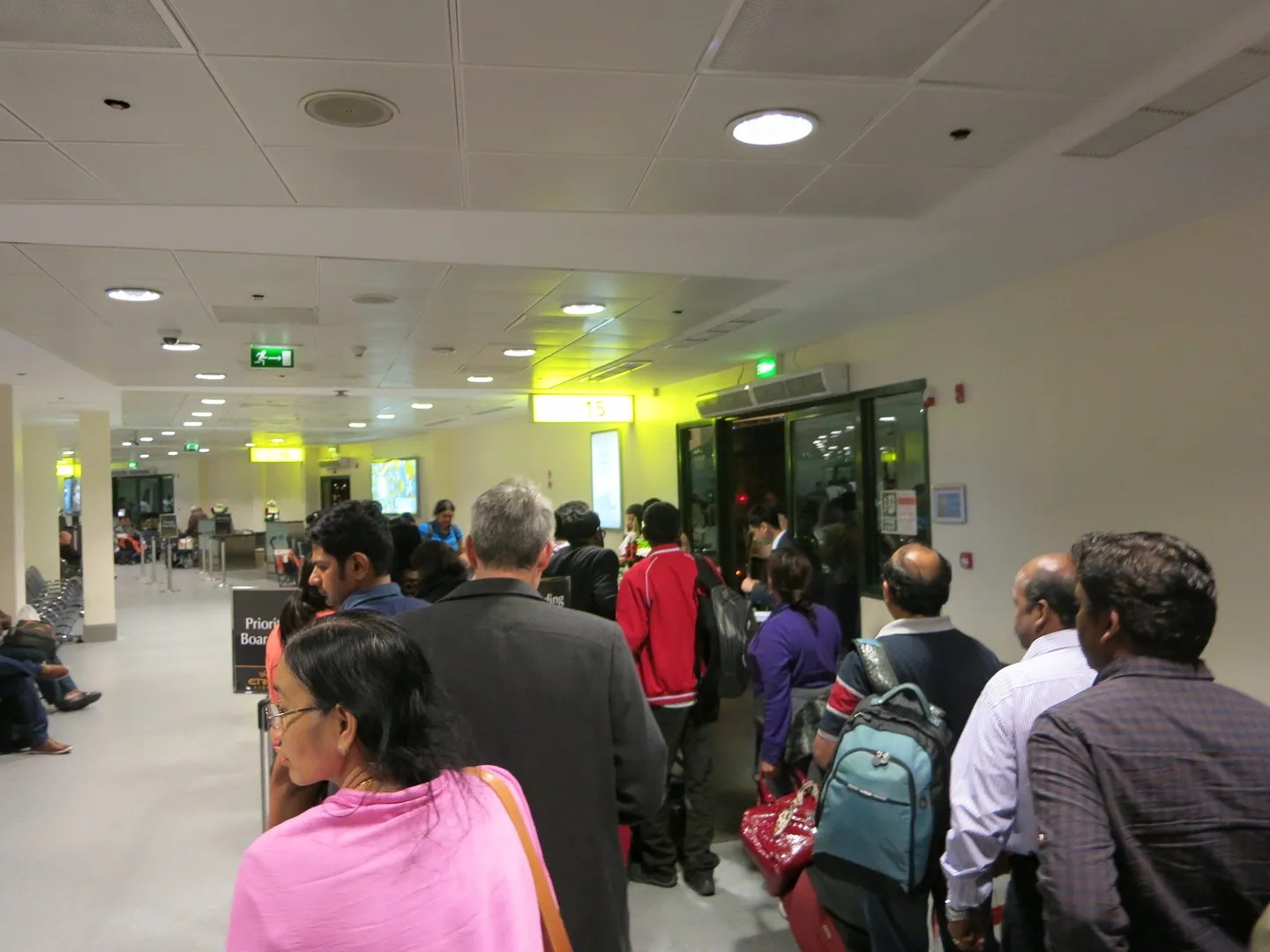 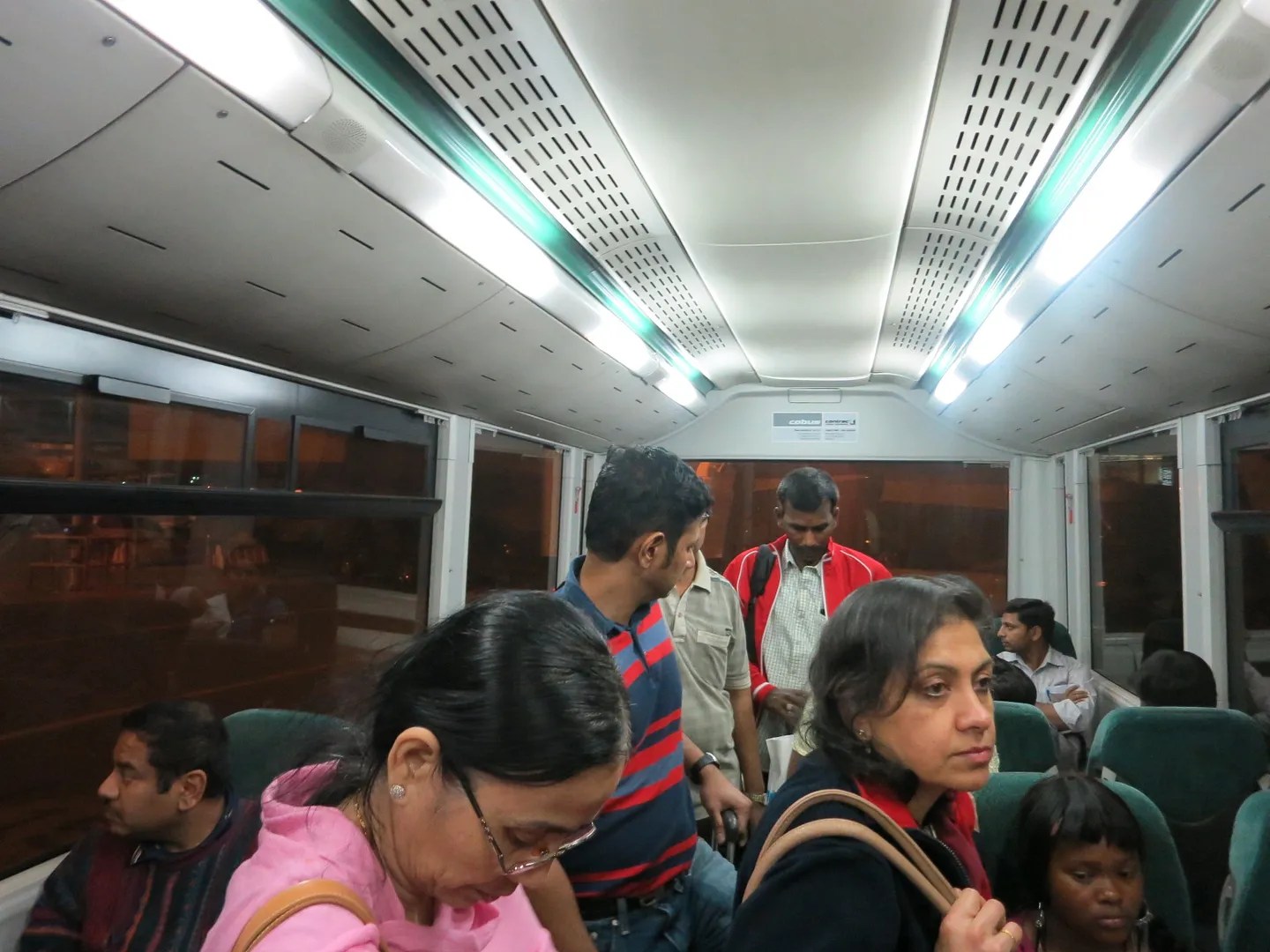 Nearly all of my regional flights, and even flying to Europe, we’ve departed from an apron position as well. Busing adds time to the departure (and arrival) process. 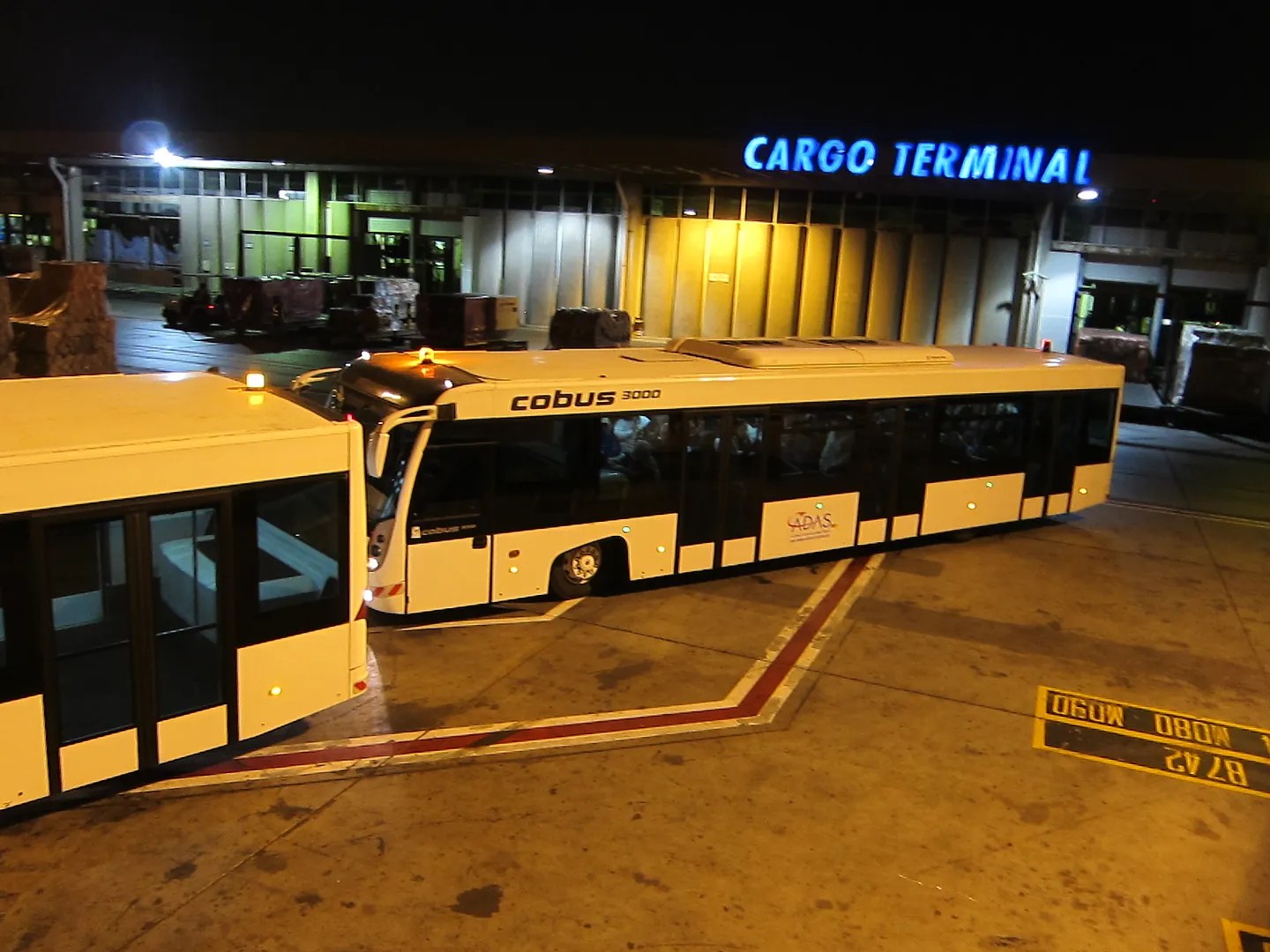 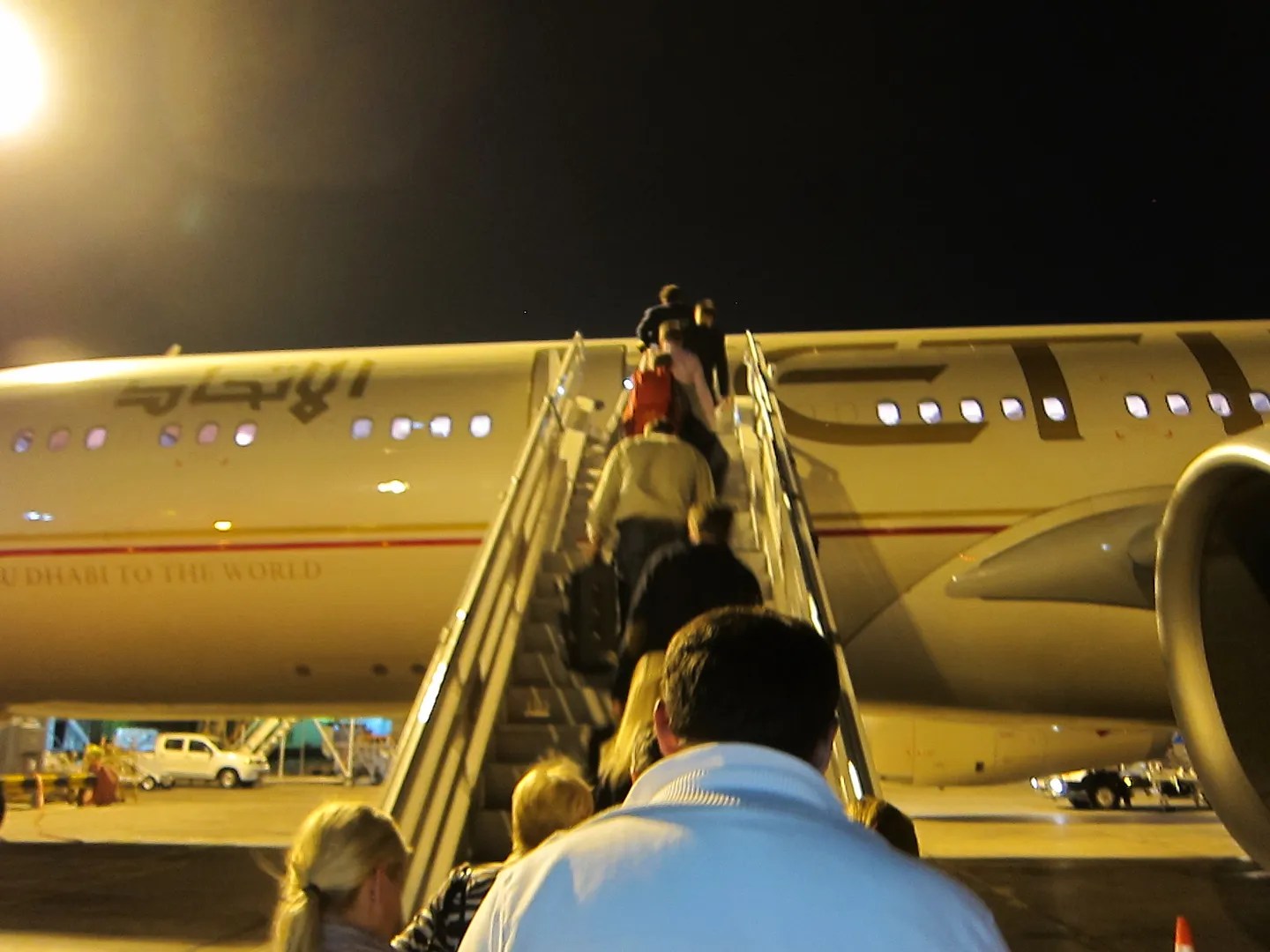 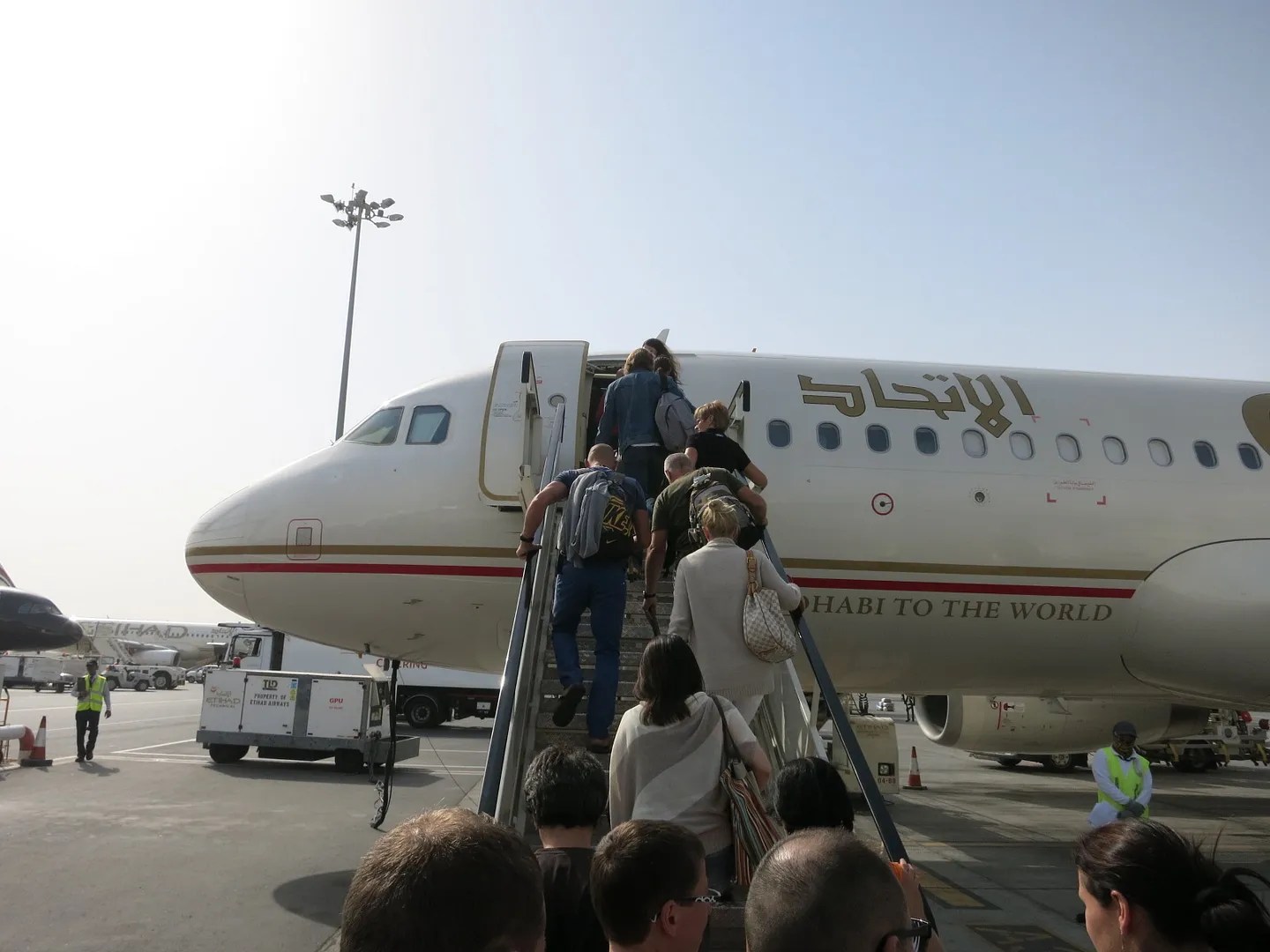 My Los Angeles – Abu Dhabi flight this year even arrived at a remote stand. 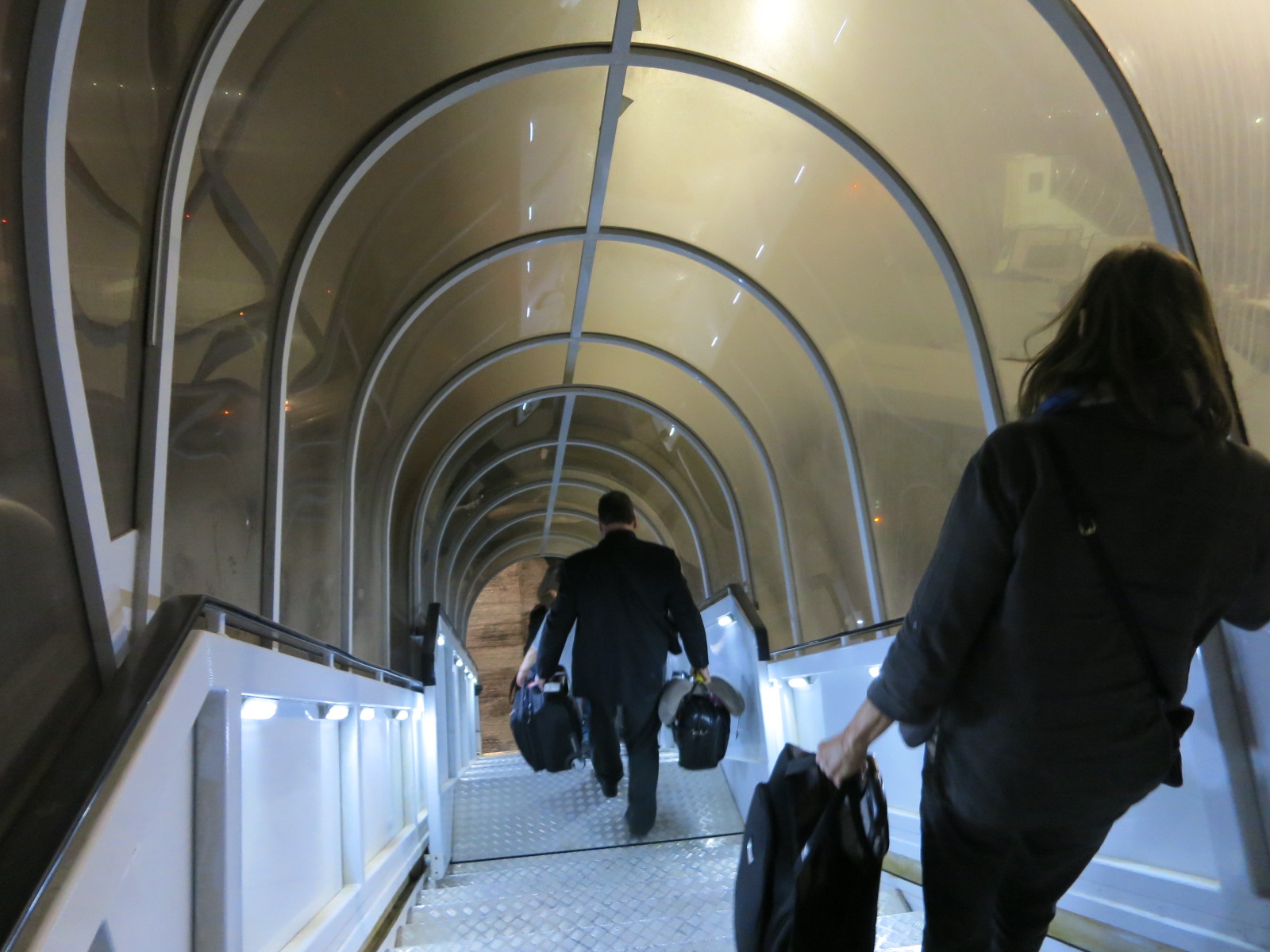 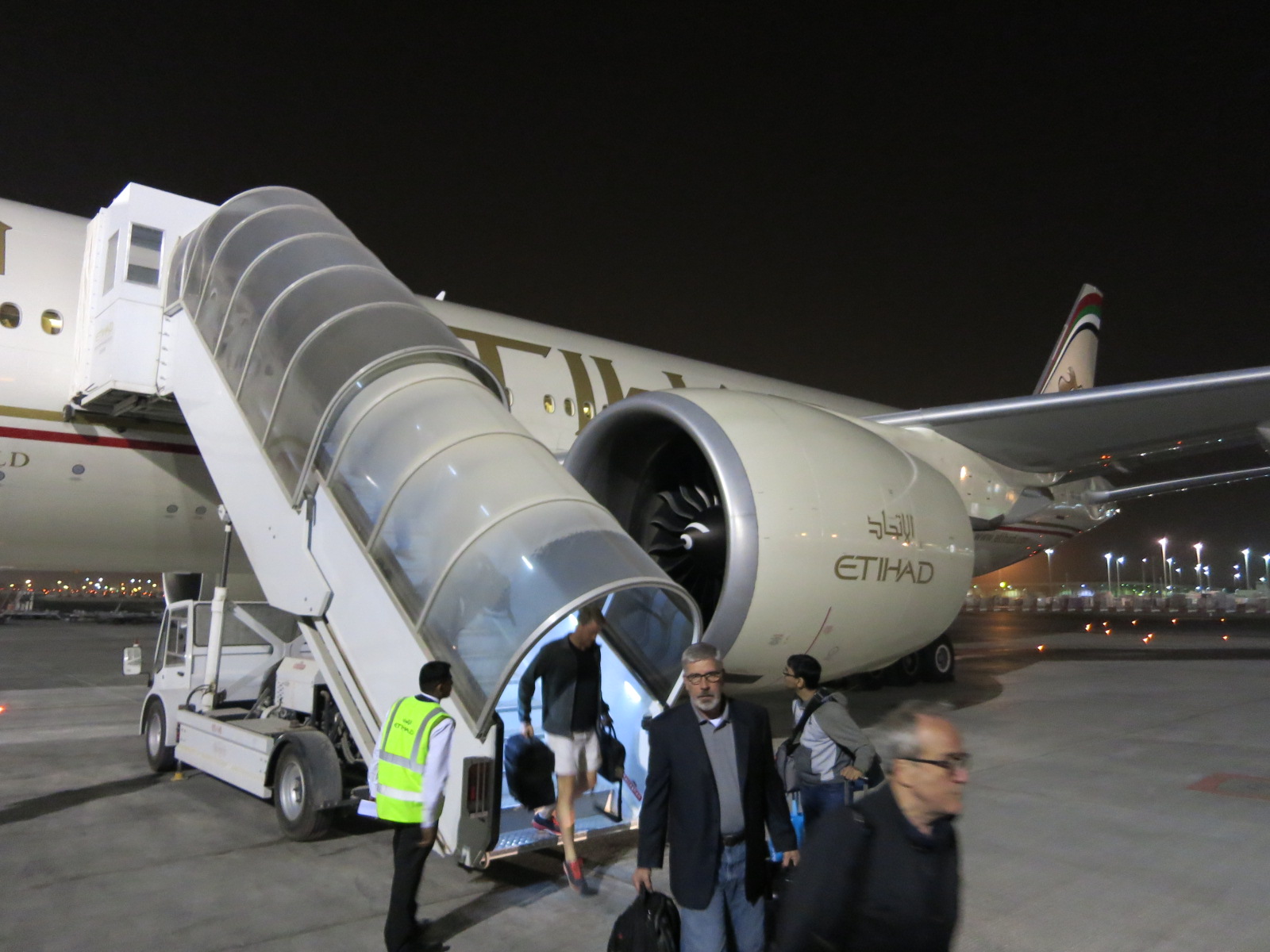 Transfer security, moving from terminal 1 (where many regional flights depart and arrive from) to terminal 3 (which most long haul flights use) can get extremely backed up. Note that when security lines stretch around the terminal, premium cabin passengers should walk to the front and identify themselves to airport staff and will likely be expedited. 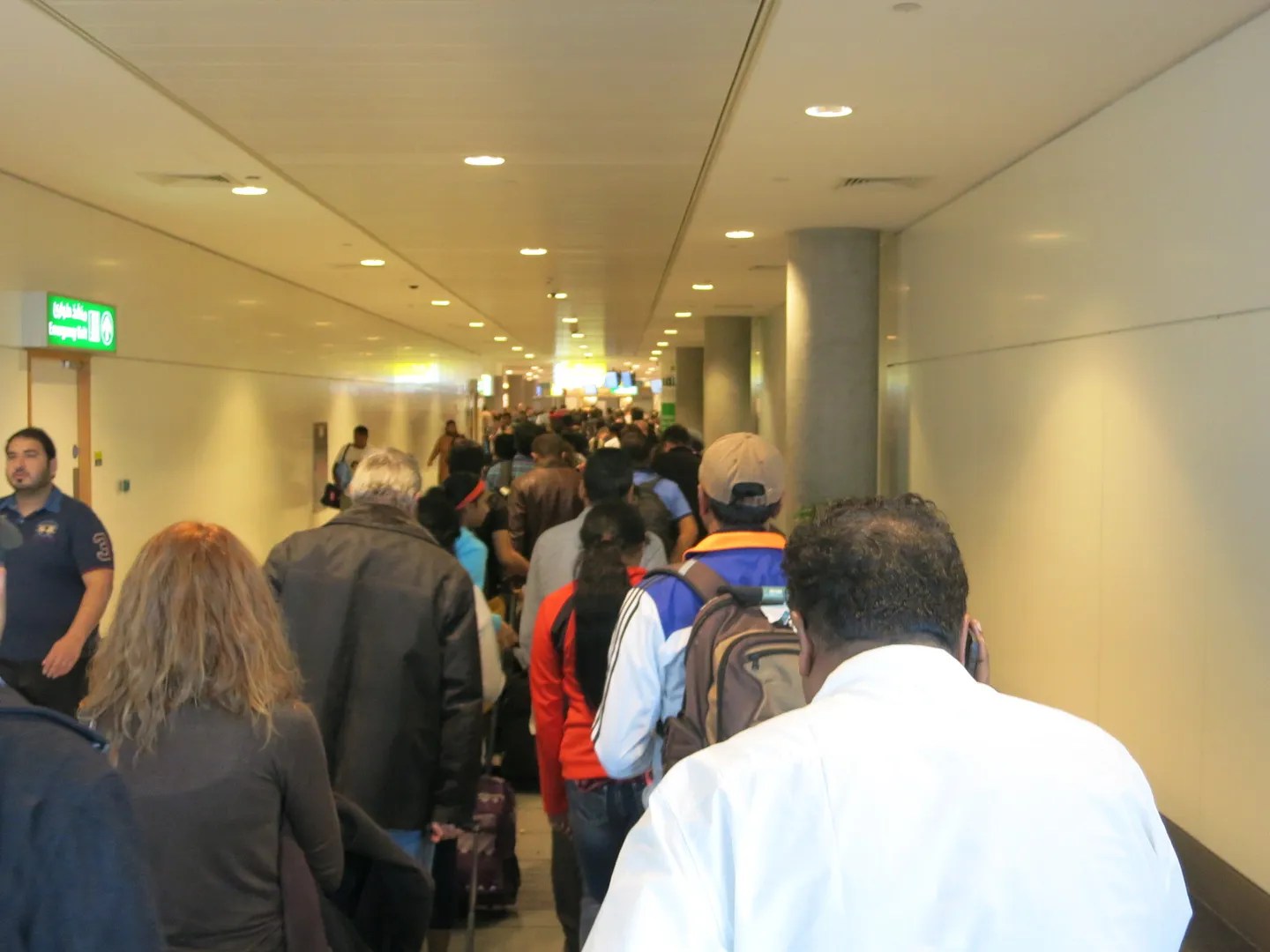 In addition to padded flight schedules they try to get passengers onboard quickly by publishing boarding times on boarding passes (and on airport departure screens) that are literally impossible. Expect to be told you’re boarding an hour before departure, something that’s generally just not true. Boarding for my Chennai – Abu Dhabi flight was listed as being before the inbound aircraft was even scheduled to arrive on the ground in Chennai. 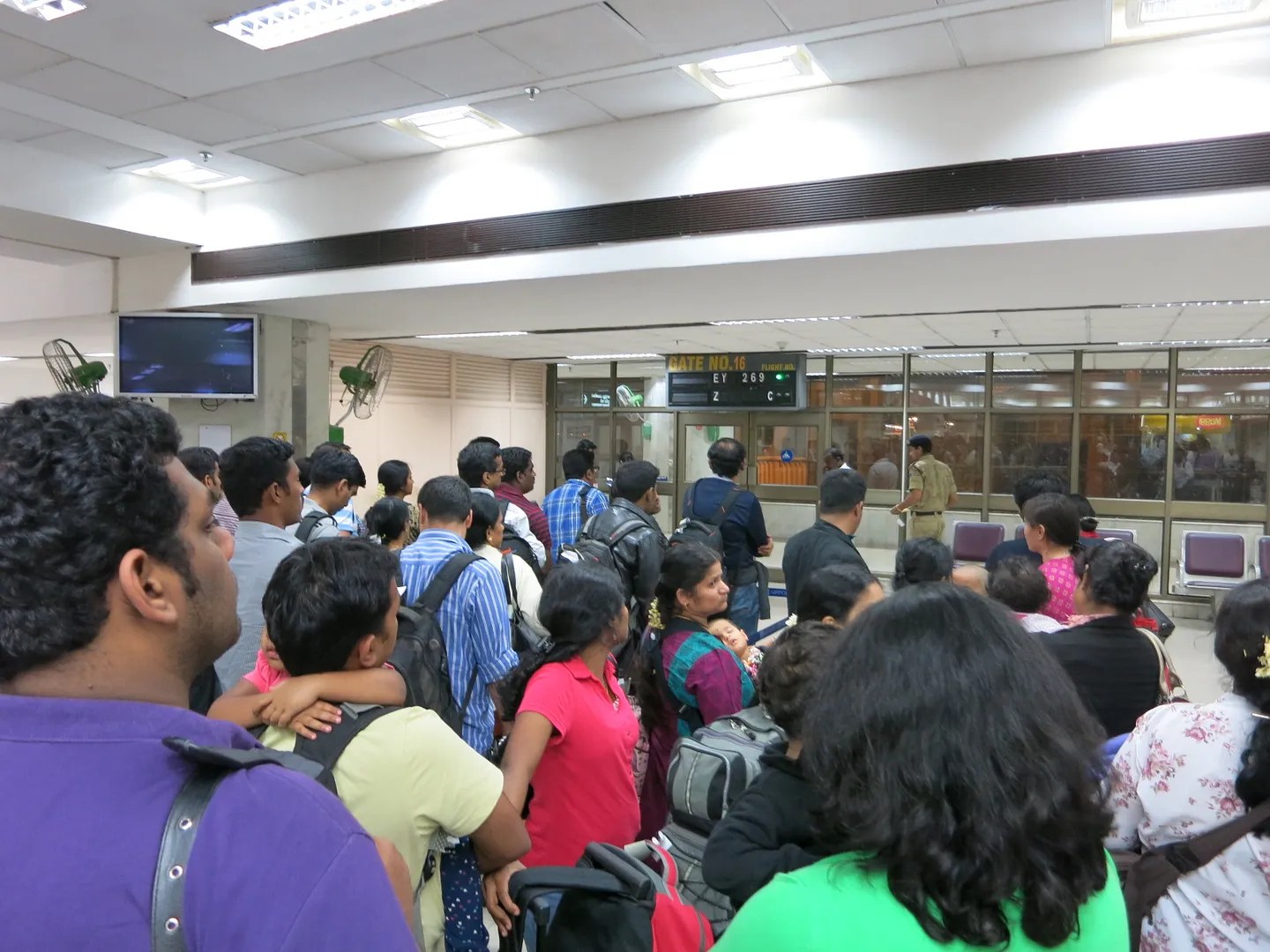