While there’s little chance the gap between American AAdvantage and Delta SkyMiles will disappear, it may just narrow enough so that other priorities push me to Delta. I never thought I’d even go through the exercise to see if Delta made sense for me. 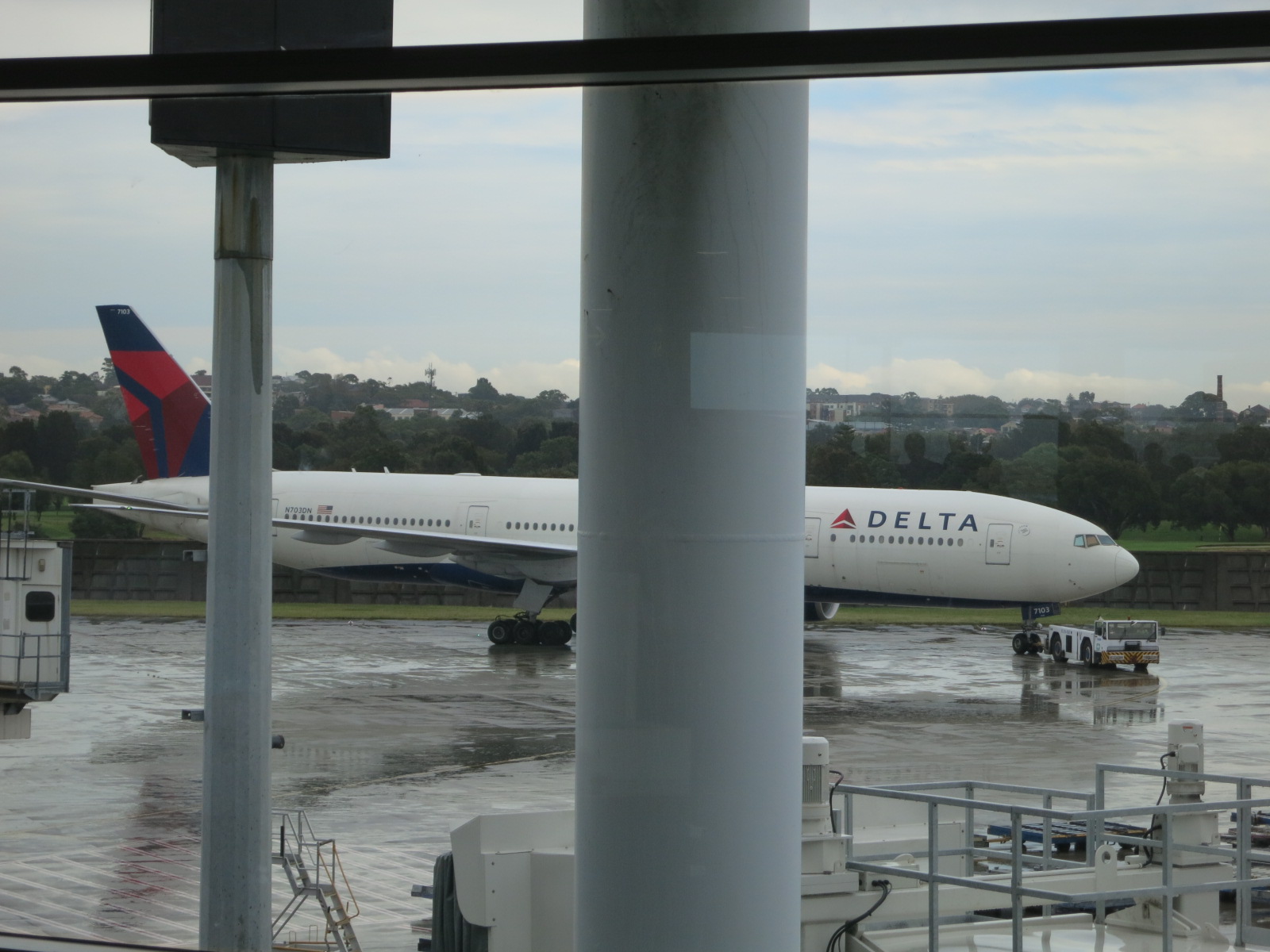 Delta may now have the best confirmed upgrade instruments for top elites of any airline. It’s at best debatable, and it depends on the details of American’s new program. American used to give 100,000 mile flyers 8 confirmed systemwide uprades valid on any fare and the chance to earn more through additional revenue-based ‘points’ accumulation. They’re cutting that base number to 4.

For the past two years Delta has offered both 4 confirmed systemwide upgrades valid on any fare and also confirmed domestic upgrades. At the end of 2013 Delta went from worst to respectable in confirmed upgrades.

United offers six confirmed international upgrades and domestic upgrades, but United’s confirmed upgrades aren’t offered on any fare – you have to buy up from the cheapest fares, and of course if you don’t clear the upgrade list you don’t get a refund. United makes you buy a(n expensive) lottery ticket for the upgrade with their instruments.

American, United, and Delta all provide complimentary domestic upgrades to their top elites.

American charges lower-tier elites for 500 mile upgrade certificates, and awards them complimentary based on flying. That’s a system I think is better for lower-tier elites since it means they aren’t competing with every other elite every time when they request an upgrade, and means a higher upgrade percentage as a result.

United and Delta treat full fare as more important than status in the upgrade queue. That was a deal-breaker in the Washington DC market when I lived there, because government employee Silvers on YCA fares would trump a 125,000 mile flyer on a mid-priced ticket. Living in Austin that’s less of a deal-breaker, but DC remains my top domestic destination so it’s a big concern.

(When United adopted Continental’s upgrade algorithm in March 2012 with the adoption of Continental’s passenger service system, those government YCA fare silvers were trumping even revenue-based Global Services members. It didn’t take United long to realize they needed to tweak that.)

Both United and Delta have minimum spending requirements for earning status, but at 15 cents per mile that’s about what an average ticket costs. My business travel keeps me spending more than enough to qualify for status, so this isn’t much of an issue. And Delta lets you buy out of their spend requirement with $25,000 on Delta co-brand credit cards each year anyway.

Delta’s inflight meals are more attractive. They’re putting a lot into their clubs. And of course their on-time performance and flight completion is fantastic. Delta SkyMiles is almost a parody of a loyalty program. The question is whether other elements of the airline are good enough to overlook that.

I like United miles for business class awards to Europe and Asia, based on overall availability. I like American miles for international first class awards. Fortunately (or unfortunately) I have enough miles, and flying isn’t even the largest contributor to my stash of miles, that my choice of domestic carrier needs to be overly swayed by that consideration.

However I really don’t value my Delta miles. Not only is availability an issue, and not only does Delta fail to even offer international first class awads, but their partners are of overall lesser quality than those in oneworld and Star. Holding award availability and price constant I’d rather fly Star and oneworld airlines.

What I’m Actually Going to Do

Earning SkyMiles really does hurt. I’m monitoring American’s changes, they’re likely to somewhat narrow the gap but I still expect AAdvantage to be a better program. We don’t know yet what will change on the redmeption side, or what they will do with Delta-style ‘basic economy’ fares (whether a 100,000 mile flyer is no longer a valuable customer on the day they buy the cheapest ticket offered for sale). It’s hard to imagine being worse than SkyMiles, though.

Delta’s upgrade priority – privileging full fare passengers at the lowest elite tier over top tier elites on the rest of fares – isn’t something I’m inclined to go with. It treats value of a single ticket over the value of a customer over the course of a year. This might be a small enough thing to be a non-issue if I didn’t fly to and from Washington DC as my most frequent market, where government YCA fares are so common.

During the last year of Northwest Worldperks I status matched and was a Worldperks Platinum. Northwest followed the same upgrade priority as Delta, and I’d regularly find myself — as a top tier elite — in the 30s and 40s on the upgrade list at the gate after first class checked in full for a Thursday afternoon flight. With DC as a frequent destination, Delta’s upgrade system just won’t work for me.

And living in Austin, their hubs aren’t as well-located for me as American (especially Dallas) or United (Houston). For short haul travel I’d have to fly too far out of the way.

And American’s people, especially in their clubs, take care good care of me. Net net American still makes sense for me to fly based on what we know today. Although I do wish they’d invest in updating their inflight internet.