Jennifer Aniston is back in a new ad for Emirates. They teased it yesterday with a mystery, who was the man in her seat?

After showering and getting dressed, Jennifer Aniston returns to her first class suite to find a young boy sitting there. They chat, and she takes him to the Emirates bar for a juice on the way to bringing him back to his family seated back in coach. 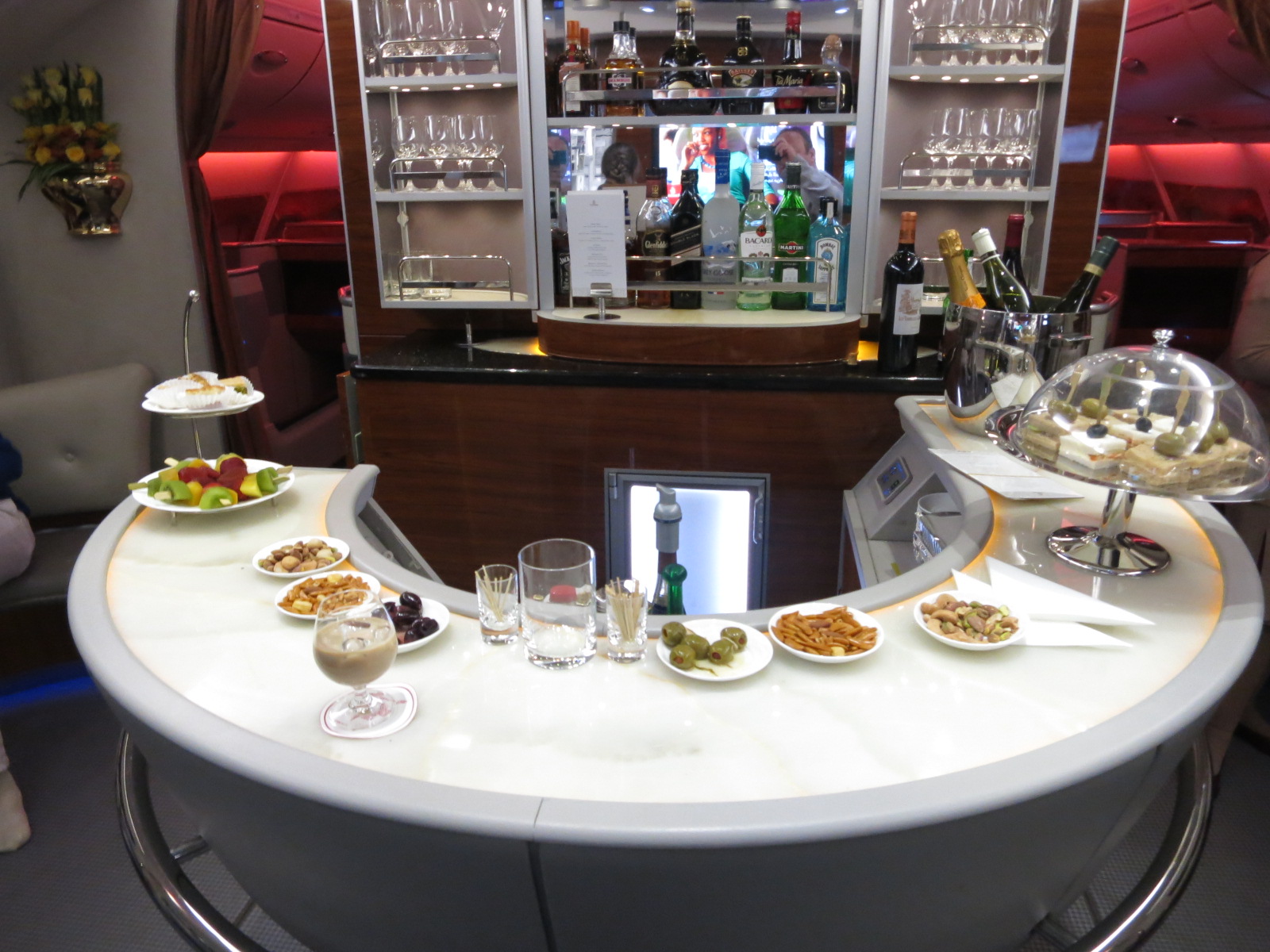 The look on the boy’s father’s face is priceless when Jennifer Aniston shows up with his son. He doesn’t seem too happy when his wife arrives on the other side of the aisle at the same time!

The man’s wife swaps seats with Jennifer Aniston. She marvels at the games and movies seated in coach with the boy and his sister. A flight attendant asks if she’d like to return to first class. “Oh no, I’m good” Aniston replies while the boy’s mother enjoys first class. The commercial ends with Jennifer Aniston seated in economy in no rush for the flight to end, “It’s so nice up here!”

Emirates is advertising quality not just that they’re an airline. You choose them because they’re better.

That’s not really objectively true, their first class suite doesn’t compare to Singapore or Etihad. Sure they have the best shower (and it creates a halo effect over the rest of the product), but that’s only on their Airbus A380. And the A380 has a bar and flat business seats, their long haul Boeing 777s have neither. But they make an argument for the airline rather than just selling travel, or a destination. I have to give them credit for that, since most airline advertising fails at that.

Here’s behind the scenes making of the commercial:

Ultimately Jennifer Aniston nails it, friendly and earnest and believable that she travels that way, that it’s better, while Nicole Kidman exudes distance and luxury for Etihad, Aniston is so much accessible. And here she extols the virtues not just of showers and bars but Emirates economy as well — the airline’s bread and butter, moving passengers all around the world to and from India, Pakistan, and surrounding regions.