Marriott’s deal to acquire Starwood has closed. And they’re seriously ahead of the curve with member benefits.

They are ready to let members link Starwood and Marriott Rewards accounts. This is a huge benefit to the loyalty program from a data-matching standpoint, it will help them eventually move to a single loyalty program. But there are two big benefits to members for doing it.

Members can link their accounts, in order to match status and transfer points, just go to members.marriott.com. On Thursday I spoke with Thom Kozik who runs Marriott Rewards and with David Flueck the new head of Starwood Preferred Guest who had been running Global Revenue Management at Starwood. Though I don’t recall this, David mentioned meeting me up in White Plains when Starwood rolled out their new elite program benefits in January 2012. I took that as intended to signal continuity with the program.

No program has ever set up a mechanism to link accounts this quickly. Delta and Northwest did it, and America West and US Airways did it, but some time into their merger. They got all of the work done before the deal closed, and were ready to pull the trigger.

Link Your Accounts Now – There’s No Reason to Wait

The data matching does help the programs do their job, and Northwest and Delta offered miles to customers for linking their accounts. Flueck said they considered incentives, but their objective here is member benefit and that the status match, points transfer, and access to properties across both chains’ portfolios provided a compelling reason to do it. He assured that members won’t lose out if they link their accounts right away, they’re “not going to come up with something richer down the road.”

How the Status Match Works

Here’s how Marriott’s and Starwood’s tiers line up for the match:

However Starwood Golds getting Marriott Gold is fantastic. While both levels offer 4pm late checkout, Starwood Golds aren’t normally entitled to club lounge access or breakfast but they’ll receive these benefits when staying with Marriott (at brands where those are offered). 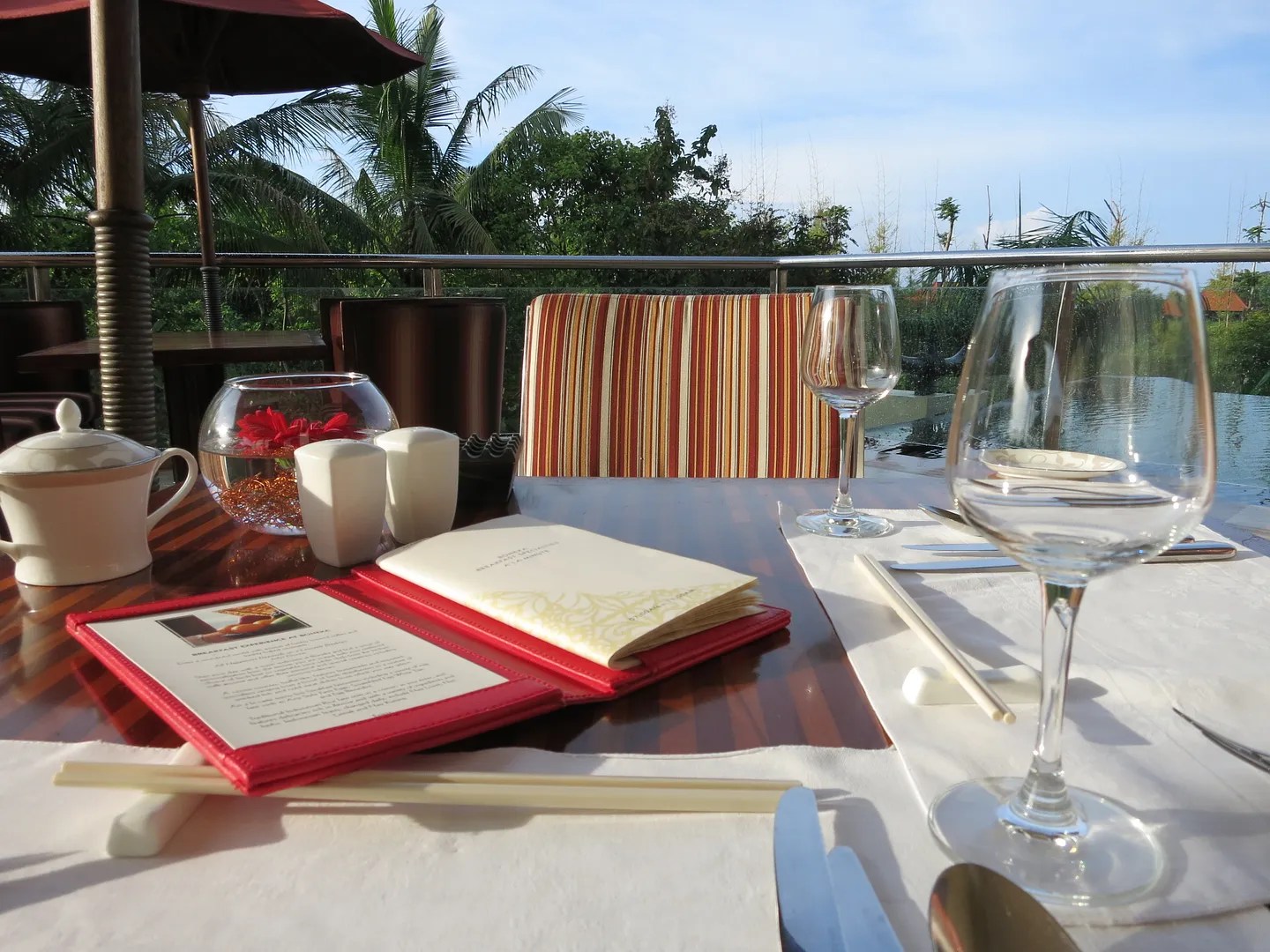 Breakfast at the St. Regis Bali

You Can Use Your Points in Either Program, Moving Them Back and Forth

Thom Kozick said told me he ‘wished he could say it was because it was the number I threw out’ when I met with him and Marriott CEO Arne Sorenson in March but they “did lots of analysis of stay patterns, property distribution, 3:1 is the right number” for them.

Transfers won’t be instant, but they’ll happen over the course of a few hours.

Still Many Questions Left to Answer

The deal has just closed and there’s a lot of work to do. Most of that work will happen with hotel employees, owners, corporate employees, and any number of other projects. But for customers there’s little as important as what the loyalty program is doing so it’s great they’ve got something positive to offer on day one.

We don’t know what co-brand credit card relationships will look like in the future. But Marriott has told us what we already knew — that a Starpoint is worth more than a Marriott point. Even someone who wants Marriott points ought to earn using a Starwood American Express, and transfer points over, for spend that’s unbonused. They’ll earn 3 times as fast, since each card earns 1 point per dollar for unbonused spend and Starwood points transfer 3:1 to Marriott. This tells me that in the future any Marriott card will have to have stronger earning.

Marriott hasn’t said whether they’ll add suite upgrade benefits to Marriott Platinum, though I suspect they will.

It’s also not clear when we can expect these questions to be answered. Kozik emphasized that this “is the beginning of a journey” there’s a lot of work to do to get to a single loyalty program and though they’ve talked about 2018 he wasn’t willing to reconfirm that at this point, he just suggested that as they work to get it right they’ll communicate their progress.

On the one hand, it’s impressive they’re ready with the technology on day 1 to link accounts, that shows the IT work is well underway. On the other hand, closing is happening later than anticipated thanks to extended regulatory review, an 18 month project starting now wouldn’t be ready to combine programs for the start of the 2018 program year. There’s too much to do to more than project right now.