My very first international trip was to Australia, and it’s a place I’ve been back to over and over throughout the years. That’s because I have family outside of Sydney. They moved there when I was five, so it’s a trip I’ve been making my whole life.

Last year my cousin got engaged, so I was going to need to head down for the wedding. (I was just there in the fall and that was a great trip.)

The wedding was scheduled less than a year out, so I wasn’t going to be able to get Qantas A380 first class again (and even the ‘trick’ to book Qantas first class awards hasn’t been 100% reliable lately, with held and cancelled segments not always going back into inventory immediately).

That meant the best product that I could reasonably obtain, around pretty fixed travel dates, was going to be on Virgin Australia. At least without connecting in Asia, which I didn’t want to do on a quick trip. I’d finally get to use some Delta SkyMiles!

As is often the case, I was able to get international awards using my Delta miles but finding domestic flights to connect up to those wasn’t possible. Since I booked this while it was still possible to have a ‘free’ stopover on a Delta award ticket, I decided to at least take advantage of that.

The choice of the Brisbane flight rather than Sydney for my connection to Cairns, as a jumping off point for the Great Barrier Reef, was just distance. Brisbane is a shorter flight than Sydney, and closer to Cairns.

I hadn’t been to the Reef in years, and my wife had never been, so it seemed like a good place to go for three nights before heading to Sydney for the three nights and all of the family and wedding events. 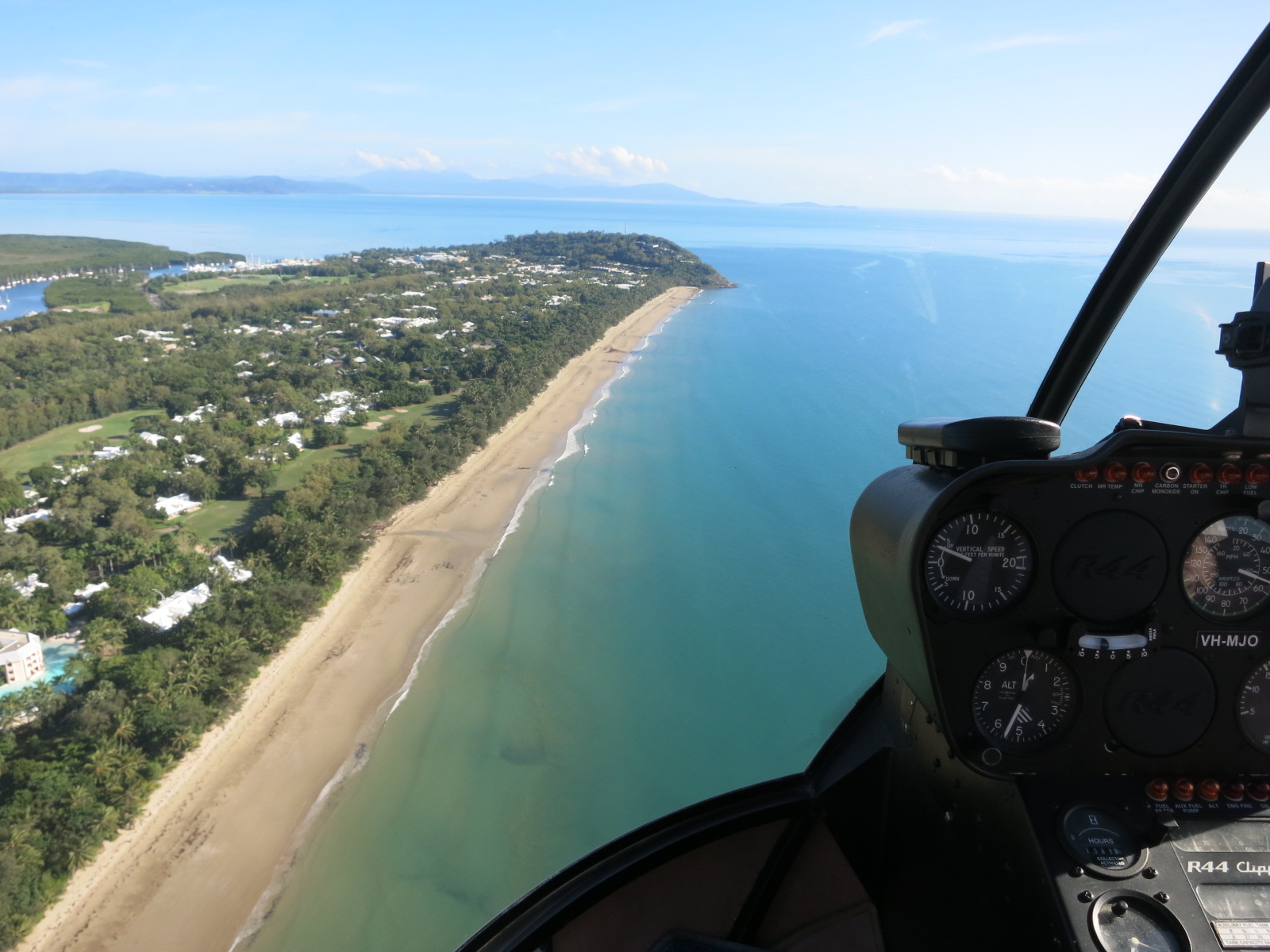 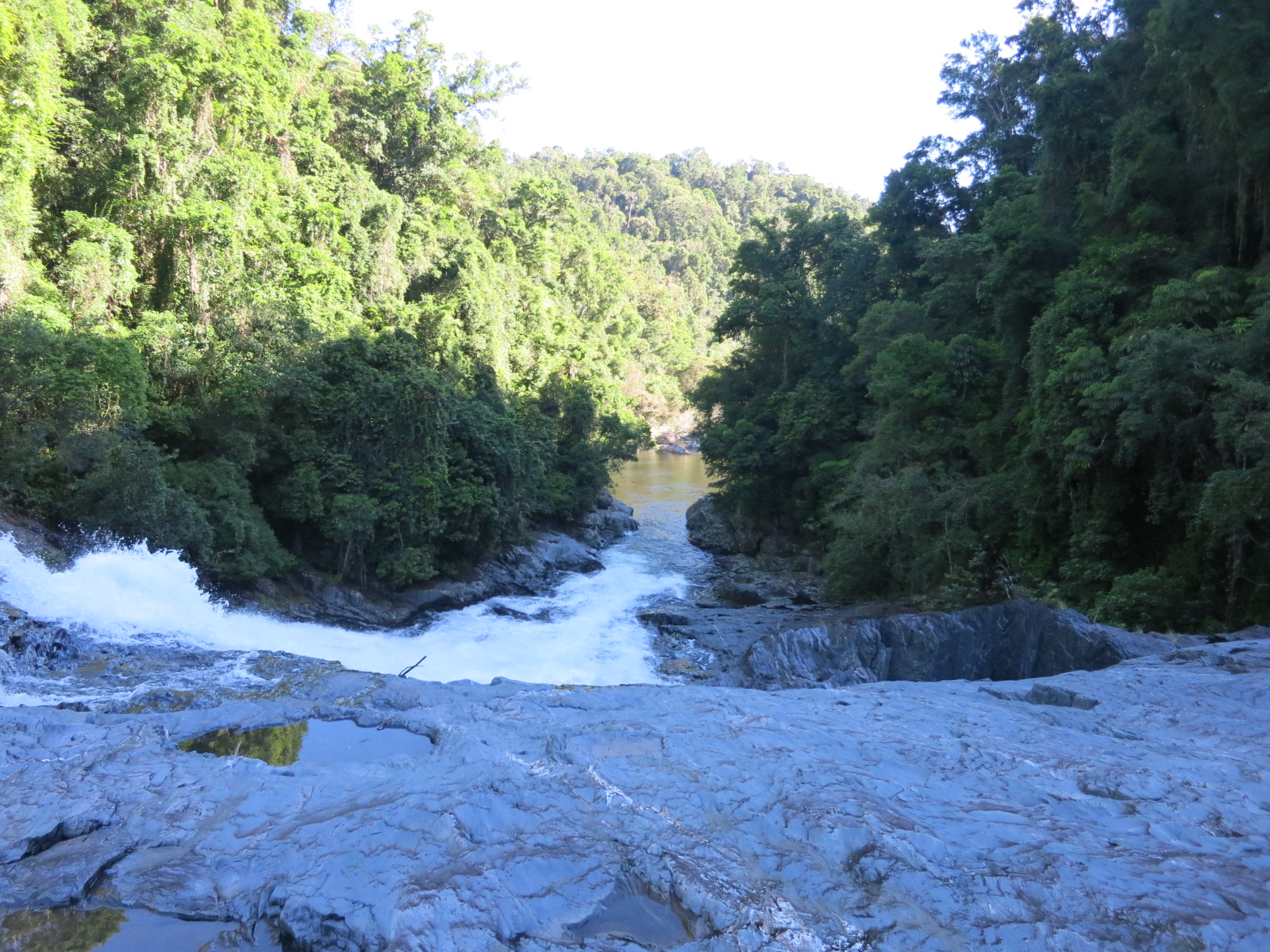 I booked the Sheraton Port Douglas on cash and points (5000 points and $75 per night) at a time that the rate on Starwood’s website was over $600 per night. The Sheraton isn’t ideally located, it’s not walkable to town though there’s a shuttle that runs regularly. It’s a resort set off from town and from the ocean. It’s a place I could use my points to keep the cost down for the trip, and I was fortunate to get one of the prototype renovated rooms. And I booked the Park Hyatt for 3 nights in Sydney, where I stayed in November. This time I had to pay 30,000 points per night but was able to take advantage of the 20% redemption rebate for Hyatt Visa cardholders so my net cost was 24,000 points per night (just below the price Gold Passport charged before they introduced category 7). I had to buy my Austin – Los Angeles – Austin tickets in order to connect up to the award. I did that on American Airlines (it would count towards elite status, and I’d likely get upgrades I thought). With a six night stay, different climates, and suits for the wedding and for the next night’s dinner, I was going to check a bag, and I wasn’t going to be able to interline them.

Given separate tickets, separate airlines, and a need to collect and re-check bags I decided to go to Los Angeles quite early. And I booked a room at the Concourse Hotel for $107. It used to be the Radisson but is now part of Hyatt. It’s the closest hotel to LAX, reports on the airport shuttle were good, and it’s in the process of renovation. So I was keen to see it first hand. I was excited to try Virgin Australia for the first time, though I was also a little apprehensive — though they’re replacing their business class on the Boeing 777 with 4-across reverse herringbone seating, there’s currently seven across. I was thrilled to get good use out of my Delta miles. And I was happy to see my family and celebrate the special occasion, and also to return to North Queensland.

What I didn’t expect was to make my biggest travel mistake… ever. I missed my transpacific award flight home to the U.S. So the trip was notable if only for how that happened, how I handled it, and how I got rebooked without extra cost on Delta in business class so I got to try another product and report on it here as well!