I first shared Singapore Airlines’ plan to reconfigure Boeing 777s to include a premium economy cabin a year ago.

Unfortunately, that reconfiguration means cutting the number of first class seats in half on those 777s.

Fortunately, their Airbus A380 doesn’t lose first class suites — and indeed, as part of the rollout of Singapore’s premium economy product they’re also planning to rollout refreshed cabins on their A380s with delivery of new ones in 2017.

Speaking at today’s launch of its new premium economy class, Singapore Airlines confirmed the new suites and seats would feature in the airline’s next raft of superjumbo deliveries.

“We are working hard on a new ground-up first suite and business class product that will be unveiled when we put into service the next batch of A380s which are coming in 2017” said Singapore Airlines Executive Vice President Commercial, Mak Swee Wah.

…As for the new A380 business class seats, Singapore Airlines is expected to draw inspiration from the airline’s current design for the Boeing 777-300ERs and Airbus A350s.

In the fall of 2013 Singapore refreshed their cabins on newly-delivered Boeing 777s. The new first class, new business class, and new economy seats were evolutionary improvements. One expects that the refresh of the A380 business and first class will be evolutionary as well.

The A380 first class suite is already quite fantastic, four across on the lower deck of the aircraft and gorgeous. 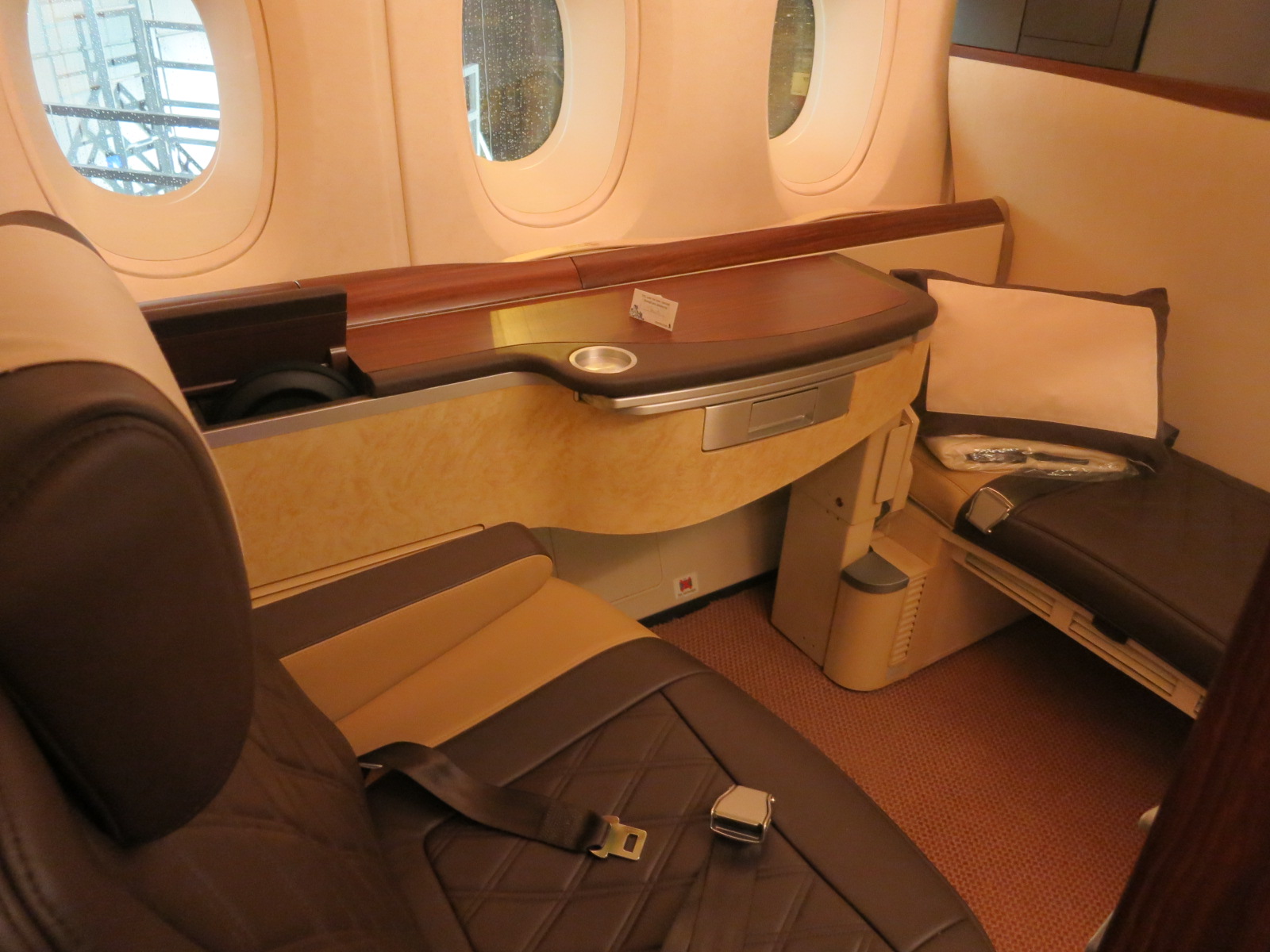 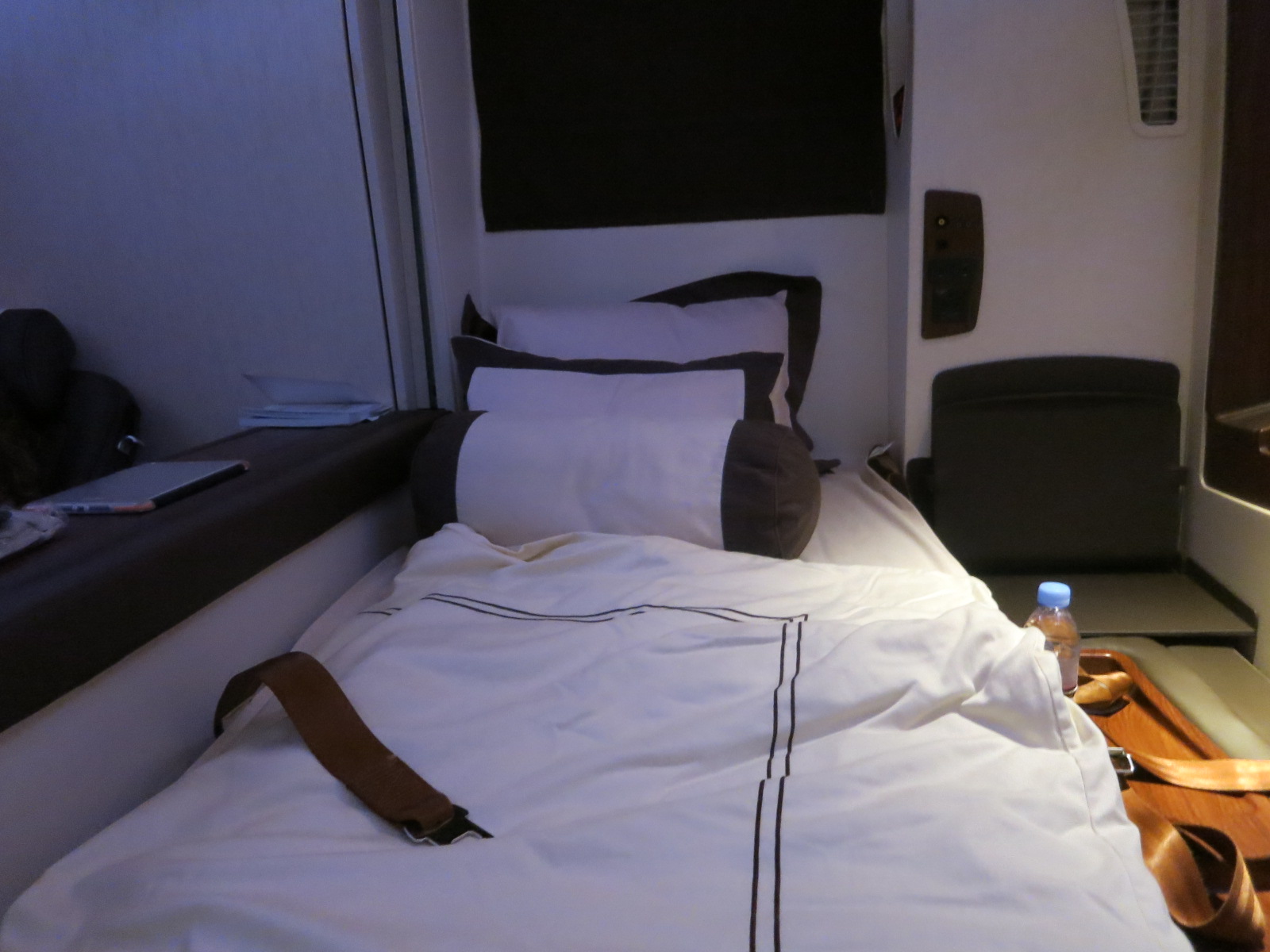 We learned some details of the premium economy seat in February.

The retractable aisle seat armrest can be pushed down at the touch of a button, so that it is completely flush with the seat bottom.

That will give the aisle seat a real feeling of extra spaciousness.

Singapore is now showing off the seat and has firm plans for its launch.

Singapore Airlines says it will begin “progressively” installing the cabin on the planes it flies on long-haul routes. All told, Singapore Airlines will offer Premium Economy in 19 Airbus A380s, 19 Boeing 777-300ERs and the first 20 Airbus A350s.

The airline’s first flight with Premium Economy will fly Aug. 9 between Singapore and Sydney. The cabin will debut in the U.S. in December on routes from Los Angeles and New York, followed by San Francisco. For the carrier’s U.S. markets, Bradbury-Boyd says Premium Economy seats will be priced as low as 40% to 50% over standard economy seats.

Singapore Airlines’ website show Premium Economy fares of about $2,005 for a mid-December round-trip from Los Angeles to Singapore, compared to the airline’s lowest coach fare of about $1,303 on the same route.

When premium economy was first announced it was shared that passengers would be served champagne. The champagne will be Ernest Rapeneau Brut Prestige. That’s perfectly respectable (though not ‘special’).

‘Book the Cook’ choices in premium economy include:

Here’s Singapore’s business class lobster thermidor which I had onboard a short Singapore – Bali flight. 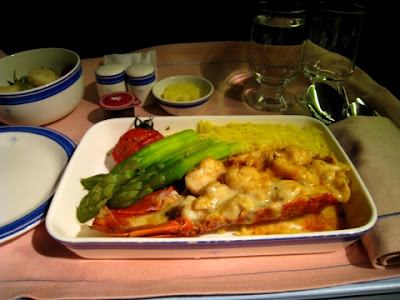 It’s interesting premium economy gets seafood thermidor. Honestly it probably won’t make too much of a difference, the lobster isn’t all that impressive.

Redemption on Premium Economy is currently not available.

It’s unclear whether, as premium economy rolls out, this may change.