Eat and have custom-tailored clothes made. My favorite thing to do in Bangkok is eat. Last time I wrote about eating during the day in the Bangrak district.

While there’s fantastic restaurants in Bangkok, an increasing high end dining scene that’s surprisingly affordable, probably half what you’d pay for fine dining elsewhere, there’s really no replacement for hole in the wall eateries and street vendors. And most of the action comes out at night.

One of those vibrant areas is Chinatown around Yaowarat and Charoen Krung Road. There are so many things to eat that are cheap in Bangkok and fantastic. And there are so many new restaurants I haven’t tried yet that are pricier. But my meal at Nahm last time was so good that I decided I had to return. Nahm at the Metropolitan hotel is probably Thailand’s most celebrated restaurant. The Australian-born chef David Thompson is the first person to win a Michelin star for Thai cooking, a distinction earned for his former London outpost. This has been called the best restaurant in Asia and one of the best restaurants in the world. But it has neither the expense (assume about $70 per person without alcohol) nor the pretension of most of the other restaurants that wind up on these sorts of lists. The restaurant is casual and service is family style with several dishes brought to the table together.

After a great experience a little over a year earlier, I returned to Empire Tailors to have more suits made. I had them make two suits, a jacket, and a few shirts. 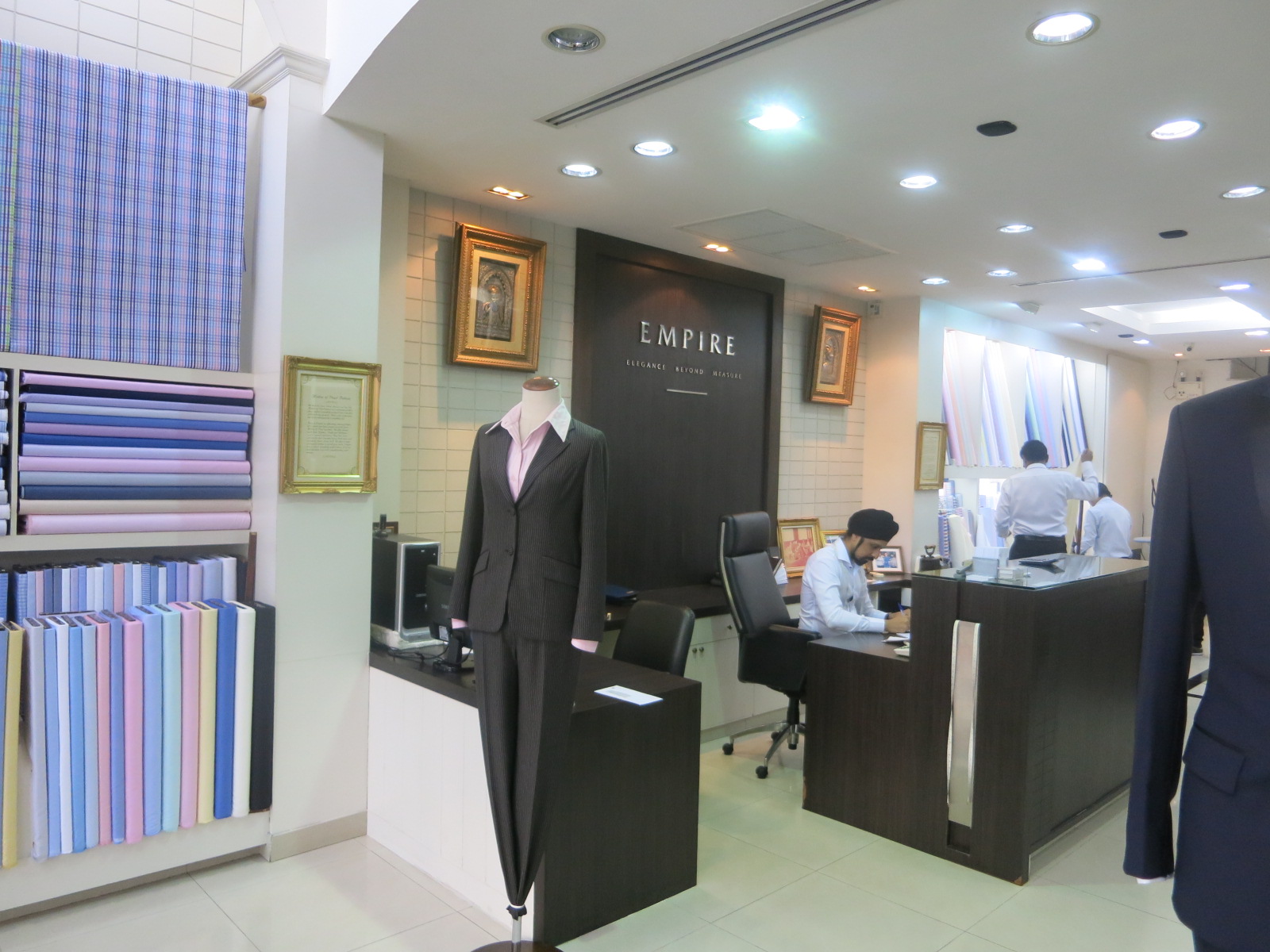 They already had my measures from my previous visit. I went into their storefront to pick the materials I wanted, and they ensured that my measurements hadn’t changed. Whereas on my first visit I went to them four times for fittings, I was also a bit more pressed for time on this trip. They were able to use that one visit, and a followup fitting where they came to me in my hotel, to get the clothes made perfectly. (They weren’t done by the time I left, but they shipped the clothes to me.)

Since the trip I’ve decided on a few more items that I wanted, so I emailed them and they’ve made them again perfectly based on my measurements — a new tuxedo, some more shirts.

The advice I’ve offered in the past is that while tailor shops will make clothes for you in whatever time you have, if you don’t have 4-5 days the first time they are making clothes for you then you probably aren’t really getting custom-made. Suits aren’t being properly made for you in a day.

Suits are cheap but they aren’t dirt cheap if you want quality. Don’t buy a suit with shirt and tie thrown in for $99. It’s going to be a $99 suit, and more or less wastes your time getting it and the opportunity foregone for something better. Expect to pay for quality — while labor is cheap, good materials won’t necessarily be.

I’m buying custom-made clothes for something like the price I’d pay at home for off the rack. I’m not buying the equivalent of a $3000+ suit. You can get suits at a variety of price points, with different degrees of quality tailoring and mostly degrees of quality fabrics. This shop is at the upper end of the market in Bangkok. But I would say that if you want quality materials and work product, without having a really keen eye, you’re unlikely to get it at under $350.