One of my all-time favorite songs is Roxy Music’s 1982 single ‘More Than This’ from their albom Avalon (it was covered by 10,000 Maniacs in 1997). I loved it as a kid, and am even more emotionally tied to it because of Bill Murray’s karaoke rendition in Lost in Translation. The music was designed to be continuously looped as a sound installation, with the intent of defusing the tense, anxious atmosphere of an airport terminal. To achieve this, Eno sought to create music “as ignorable as it is interesting.”[11]

Rather than brightening the atmosphere as typical background music does, Music for Airports is “intended to induce calm and a space to think.”[11] Eno conceived this idea while spending several hours waiting at Cologne Bonn Airport in Germany in the mid-1970s and being annoyed by the uninspired sound atmosphere.[12]

Music for Airports played in the Marine Air Terminal at New York LaGuardia “for a brief period during the 1980s.”

Chris Holbrook asks in the New York Times why airports are ‘designed for everyone but the passenger’ and laments that many architects have forgotten the “obligation to please the people who use their space.” Holbrook begins by recounting the story of Brian Eno caring about the experience for people inside the airport, which airports often pay only lip service to. But it’s not at all surprising why this is.

Airports in the US are for the most part public construction projects.

Many US airports are old, designed before deregulation and prior to the rise of modern connecting hubs, and designed for passengers who used the spaces in different ways.

An airport’s primary customer is the airport’s dominant airline. There’s a master lease for the airport, usually, that’s largely negotiated between the airport authority and the airport’s major tenant when there is one. That’s true at least for larger hub airports. Contested airports, like LAX, will see more multi-party negotiations.

It’s why you are forced to walk through duty free shopping areas at international airports. The door at London Heathrow just past security that lets first class passengers straight into the Concorde Room bypassing duty free costs BA one million pounds a year.

United’s C concourse at O’Hare pulled up the moving walkway because it meant fewer people browsing retail shops. DFW did the same thing in its terminal D. 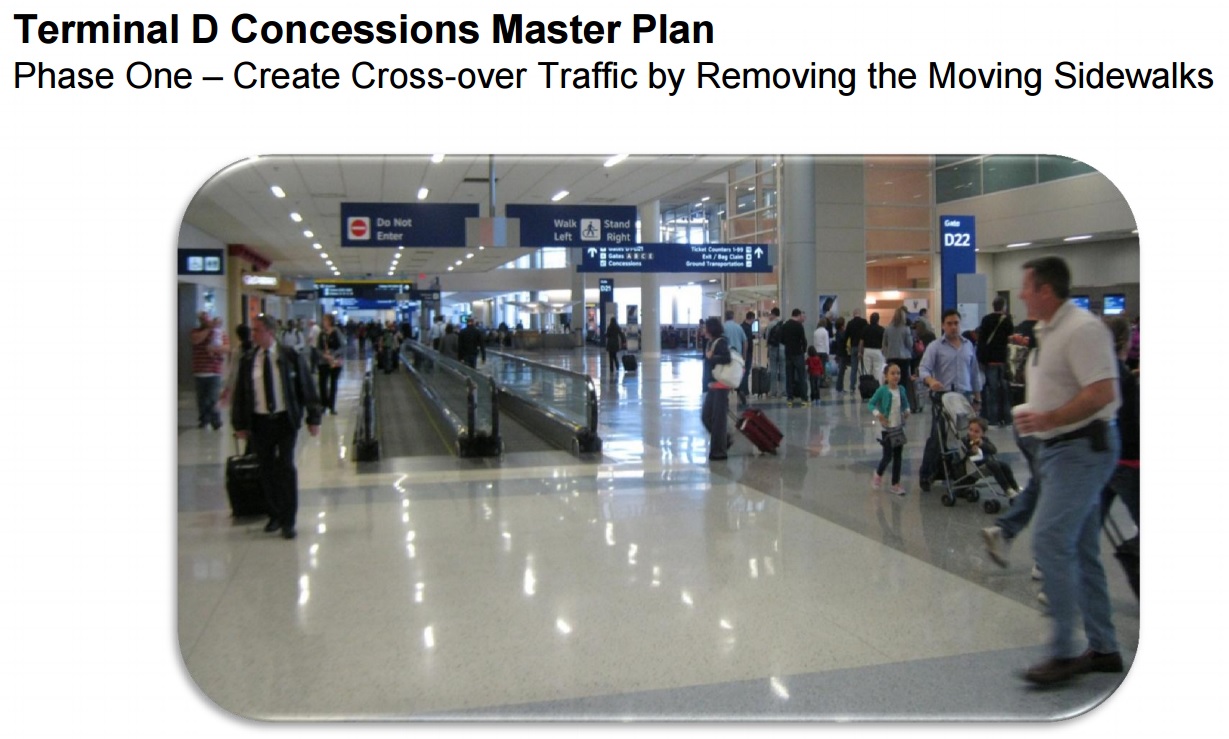 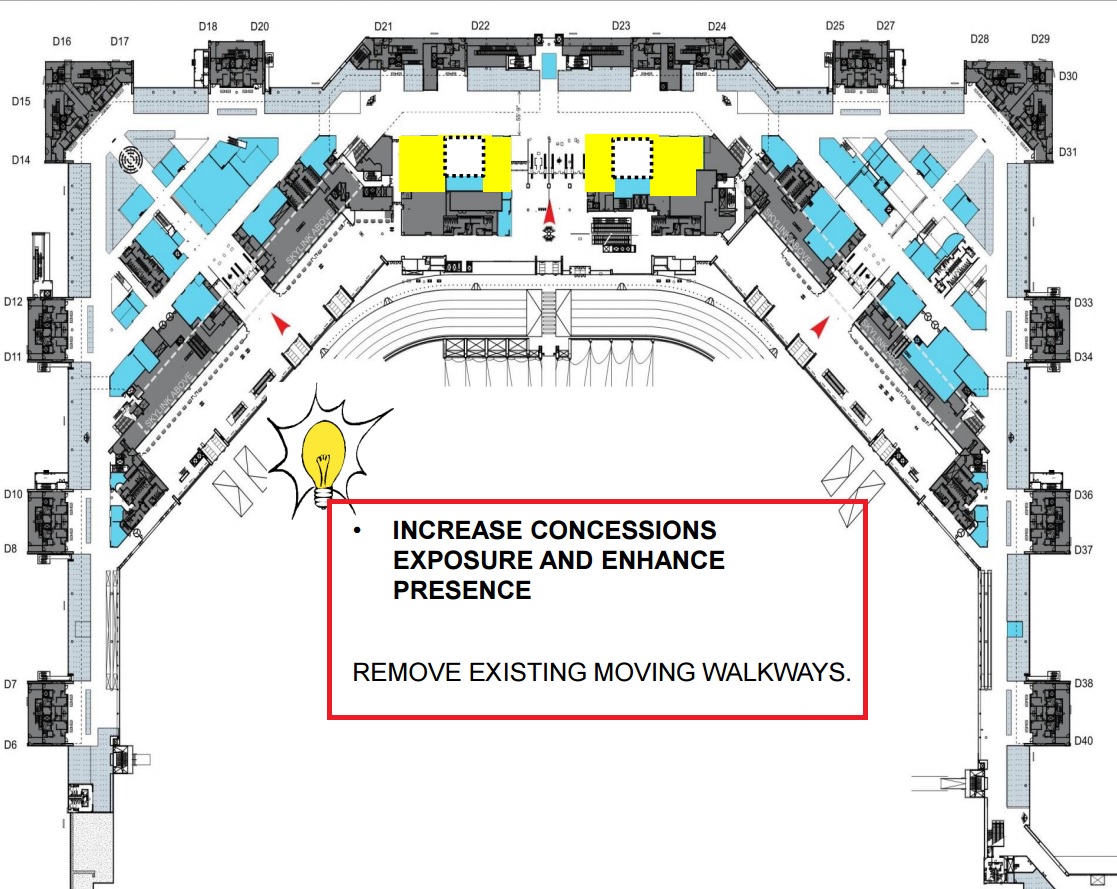 Security issues are another paramount design concern, which has the added benefit of being a cause of why airport restaurants are so bad.

Regardless do not think for a moment that you are the customer (as passenger) or the investor (even as taxpayer) in an airport.